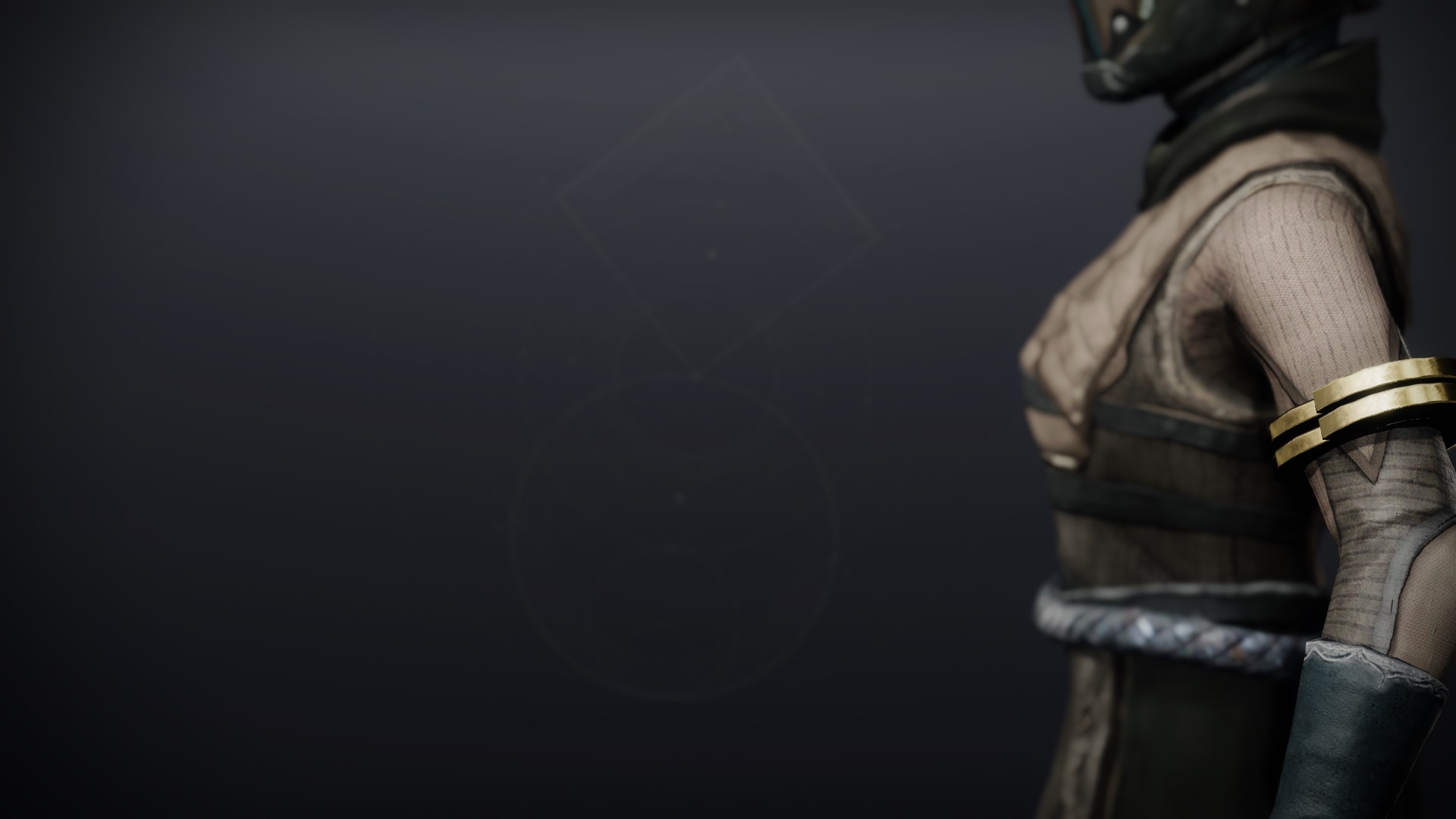 Her spirit awakened from dull normality; she saw the glistening maelstrom engulfing the living onyx before her. She heard clarity in the purring mirth emitting from the stone. Three times she had done this, the last leaving several fractures in the bones of her hands. The stone played out her vengeance in a thousand different ways. She studied each path that left Driksys dead and forgotten. She studied those that showed her failure. But there were gaps, and she always needed more. Trihn drew upon the second vial with her golden needle.

It struck as if bottled lightning. She peeled back the layers. She witnessed it, knew now that the onyx stone had not risen, but was thrust into the floor like a plunging blade. A bannerette in claim. A needlepoint finger. It sold the simple answers in exchange for mental frippery, the unused space between thoughts. A buried name to be revealed.

It tore her consciousness across the cosmos to a grand terrace of onyx Swords, hilted in emerald flame and overlooking darkened systems. A glint in the distance. A world? A name? A promise offered and dragged in Sisyphean humor as voices from the black edges of space converged in laughter. A lone figure stood on the terrace aside two empty thrones. A host of mouths split down the centerline of its form. They screamed with countless voices. Their harmonious epiphany dragged the buried name from the depths, from the pit, from the heap, to the surface.

It was the only truth before her, and with it, Trihn drowned in regret.

Trihn opened her eyes to Shakto nudging her head. It took every ounce of restraint to keep her blade sheathed. It was the fright, she thought. She hadn't expected him.

"You were muttering a name." He waited for her response.

She sat up in the dim cavern before the cryptolith and quickly scooted back several paces. Her muscles ached and every small motion splintered pain through torn tendons and micro-fractured bones beneath her skin.

"What?" A pulsing irritant was raging inside her head. It wasn't the Ether. This was different.

"Do you remember the name?" Shakto moved back to her side and began restoring her injuries.

"Something is coming here." Trihn turned to her Ghost. "I don't."

"Xivu Arath." Shakto saw no recognition in his Lightbearer's eyes, but Trihn felt the name nestle into the small unused crevices of her mind. It had taken hold.

In the day's journey back to the mainland of the Shore, the name would spread, making war on her thoughts. Trihn would dream of Driksys, always, only to awaken with dug-in fingernails drawing blood from her palms or to find herself alone wailing into the night on some desolate mote of rock. She had been separated from Shakto twice like this before they found a remedy: death. Revival kept the name at bay, but only for so long. She came to know the name through its persistence. Xivu Arath. It would knock her down many times, but she had always found the ritual of righting oneself uplifting. This would not bury her, for she still had much to do.