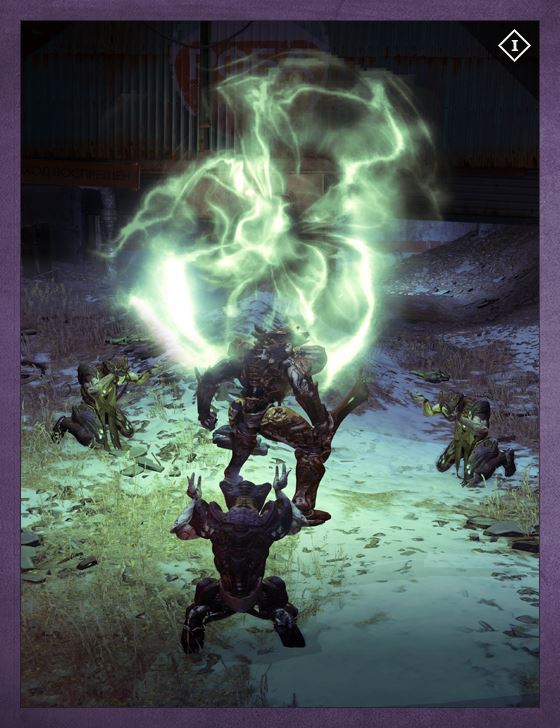 "They are the heralds of our destroyer. Ushers of this coming storm."
Vell: They’re more than Knights.

Vell: I’m saying calling them Knights is an understatement.

Omar: What are they then?

Toland: Those swords are neither bone nor steel. There’s a dark purpose to their edge.

Toland: Death is peace compared to the shadows.

Omar: Those Blades cut down more Guardians than I can count.

Toland: I tried to warn them.

Omar: Not exactly the question.

Eris: I have a feeling Light won’t be enough.

Eriana-3: Then we’ll take their swords from their ashes, and cut them down one-by-one, Blade-by-Blade.

Eris: You would wield a weapon of the night?

Eriana-3: For her—them? I will butcher any who stand in my way with even the darkest blade.

Eris: Pray it doesn’t come to that.

Vell: Heh. To cleave our enemies with their own tools of destruction? We should be so lucky.

Omar: You’ve got a strange view on luck.

Toland: When you’ve got your hand around the hilt and their ash under your boot, you might change your tune, Hunter.