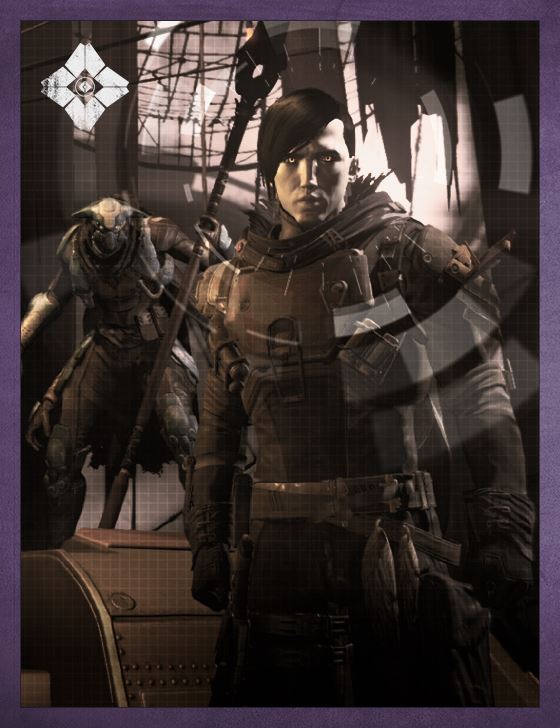 The machine had wings and feathers, sleek and black as its body. But the feathers were eyes, too, sharp and delicate, and ears that pricked at every sound. The young prince considered the machine, considered its purpose, and his own. And then he called to it.

Obedience was woven into its workings, and so it stopped. "Master of Crows?"

"Mind the Black Garden's gate. Follow anyone who passes through."

"In the name of your sister," the machine vowed. And it went to find its warp capsule, just as another came in. But this one flew skittishly, as if to evade its master.

The prince caught it from the air. "You avoid me?"

"I am tasked by the Queen."

"But you serve me." He let it tremble in displeasure for a moment. "Tell me your news."

The machine flicked its wings. The prince stroked them flat with slow assured motions. "Tell me your news," he said again. "What's the harm?"

"The Heart is growing stronger," the crow said. "The Vex transformation has begun, and the Progeny are stirring."

The prince considered this in silence for a moment and then he wrapped the crow up in his fist and folded its wings around it so that it could not move or fly. He did all this swiftly, and with purpose.

Carrying the machine, he went to see his sister.

She was alone with her Fallen guards, sitting before a window into infinity. Her eyes did not leave the universe; but sensing her brother she said "Yes. What is it?"

"There's news to share," he said, and offered the crow in his fist. "And I think I have earned the right to share it."

Wrong Side of Right