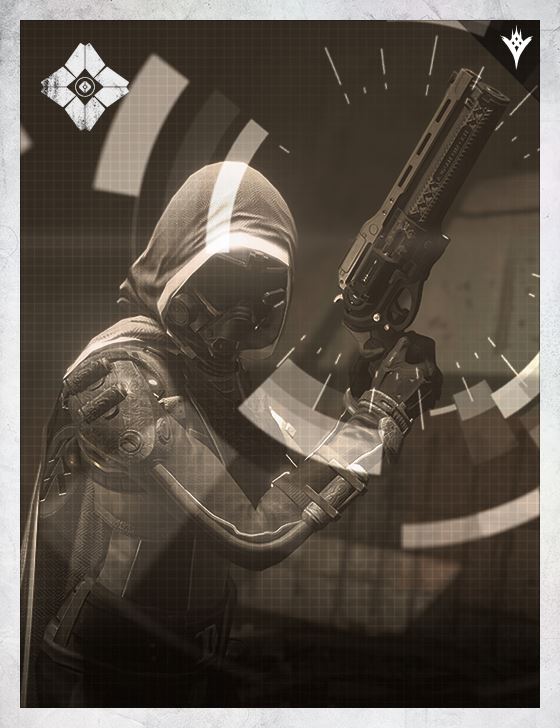 I was only a boy – my face caked in soot, snot and sorrow.

I’d assumed Jaren, my friend, our Guardian, the savior of Palamon, would always protect us – could always save us...

But I was a fool.

Jaren, and the others, only a handful, but still our best hunters, our hardest hearts, had left three suns prior. Tracking Fallen, after the bandits had caused a stir.

The stranger – the other – arrived the following day.

He rarely spoke. Took a room. Took our hospitality.

I was intrigued by him, as I was Jaren when he’d first arrived.

But the stranger was cold. Distant. Damaged, I thought.

But I wasn’t afraid. Not yet.

Only a child, I knew the monsters of our world to walk like men, but they were not. They were something alien. Four-armed and savage.

The stranger was polite, but solemn.

I took him for a sad, broken man, and he was. Though, at the time, I didn’t understand how that could make one dangerous.

As with Jaren, father made an effort to keep me away from the stranger.

The dark figure towered over me. Looking into me – through me.

He smiled. My knees weak. All lost.

Then, he turned and walked away.

Leaving ruin and a heartbroken, terrified boy in his wake without a second glance.

I’ve been chasing that stranger’s shadow ever since.

We stood silent, the sun high.

He seemed, now, to be weightless – effortless in an existence that would crush a man burdened by conscience.

My gaze remained locked as I felt a heat rising inside of me.
The other spoke...

I gave no reply.

“The gunslinger’s sword... his cannon. That was a gift.”

My silence held as my thumb caressed the perfectly worn hammer at my hip.

The heat grew. Centered in my chest.

I felt like a coward the day Jaren Ward died and for many cycles after.

But here, I felt only the fire of my Light.

He let the words hang.

“I’ve been waiting for you. For this day.”

His attempt at conversation felt mundane when judged against all that had come before.

“Many times I thought you’d faltered. Given up...”

All I’d lost, all who’d suffered, flashed rapid through my mind, intercut with a dark silhouette walking toward a frightened, weak, coward of a boy.

The fire burned in me.

As his tongue slipped between syllables my gun hand moved as if of its own will.

Reflex and purpose merged with anger, clarity and an overwhelming need for just that... an end.

In step with my motion, the fire within burst into focus – through my shoulder, down my arm – as my finger closed on the trigger of my third father’s cannon.

Two shots. Two bullets engulfed in an angry glow.
The other fell.

I walked to his corpse. He never raised his cursed Thorn – the jagged gun with the festering sickness.

I looked down at the dead man who had caused so much death.

My shooter still embraced by the dancing flames of my Light.
A sadness came over me.

I thought back to my earliest days. Of Palamon. Of Jaren.

Leveling my cannon at the dead man’s helm, I paid one final tribute to my mentor, my savior, my father and my friend...

...as I closed my grip, allowing Jaren’s cannon, now my own, to have the last, loud word.

The Shadows of Yor