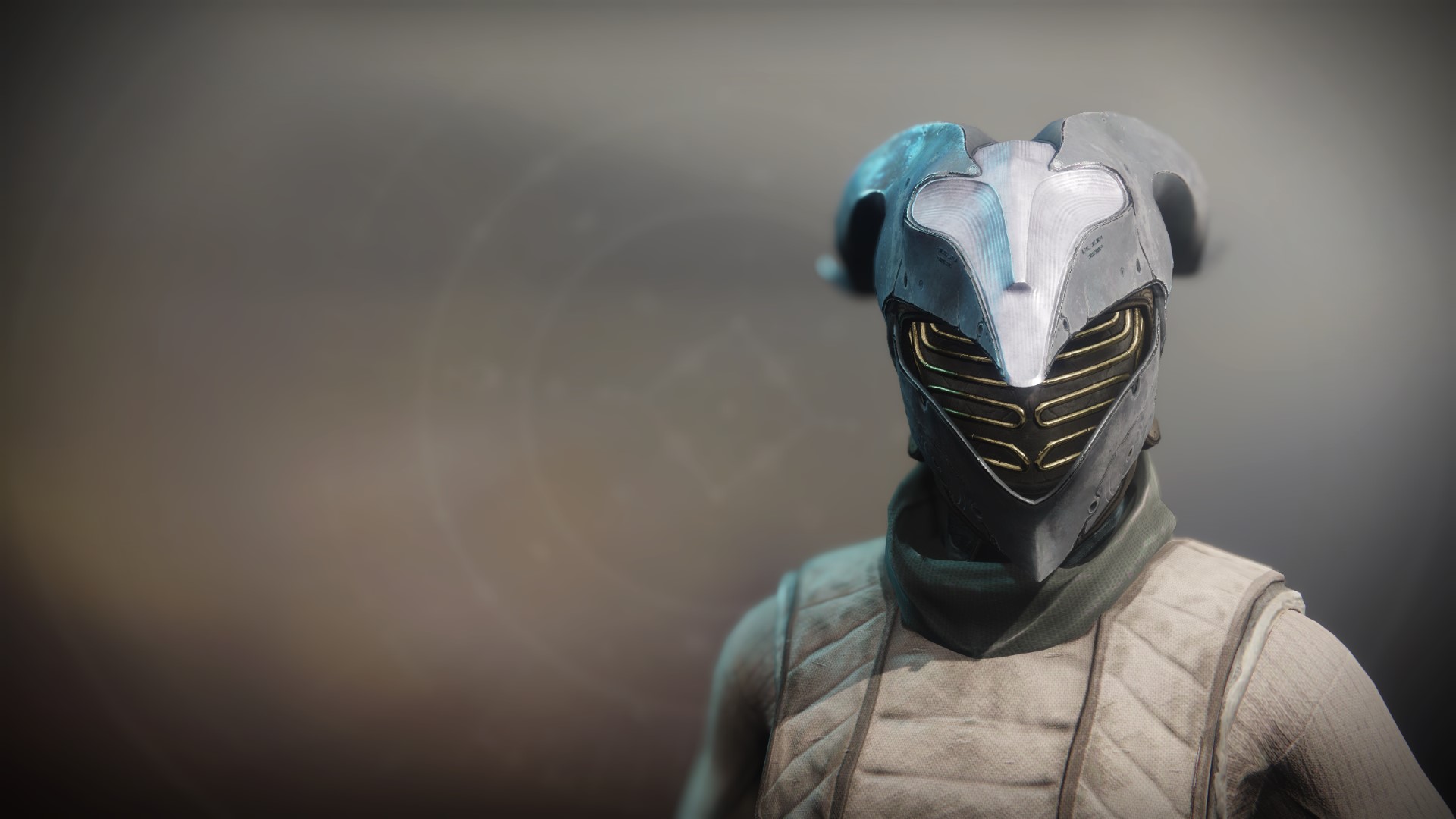 "To survive out here, you need eyes in the back of your head." —Lord Felwinter

"He's the one," Radegast said, pleased with himself.

Felwinter stood in front of the Iron Lords with his Shotgun loose but ready at his side. He said nothing.

"All right," Efrideet said, clapping her hands together. "Well, right off the bat, you look like an Iron Lord. Formidable. Grim."

Lord Saladin thinned his lips but said nothing.

Efrideet walked in a circle around Felwinter, studying his beat-up armor. She paused behind him, and then said uneasily, "Turn around."

Felwinter hesitated, and then reluctantly began an awkward, stomping turn-in-place. He faced away from the Iron Lords, revealing the back of his helmet: Embedded in it was a broken, flickering Ghost. Its eye darted in frantic circles.

Felwinter turned back around. "Warlord's Ghost," he said.

The group stood in stunned silence.

"OK," Efrideet said slowly, walking back over to join her companions. "First rule: No armor modifications using… half-dead Ghosts." She grimaced. "Take that thing off."

"It's useful," Felwinter said. His Ghost floated beside him and bobbed, as if to nod.

"I have to agree with Efrideet," Saladin said. "Put it out of its misery. You should've done that a long time ago." He eyed Felwinter. "Non-negotiable."

"All right," Felwinter said finally. "I'll take it off."

But he never did.