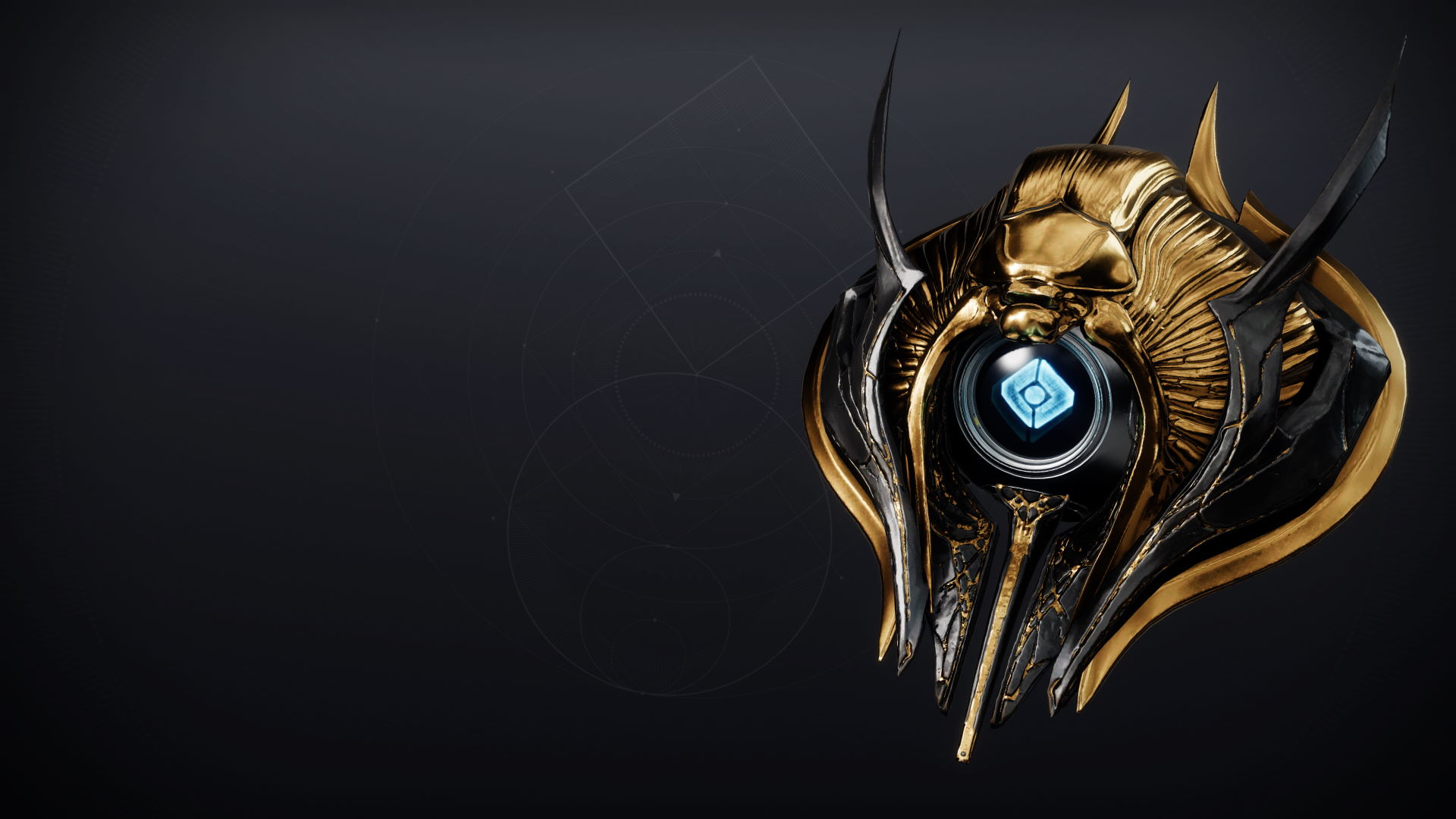 For Ghosts who are a beacon of Light.

The Tower Hangar had never been a particularly quiet space, but today's din seemed to set record levels. The whoosh of jumpships had been near-constant as fireteam after fireteam rolled through on their way to one of many battlegrounds .

Luckily, Saint-14 had a voice that could carry over it all: "Welcome, Guardians!" Standing in his usual spot by the Gray Pigeon , he bellowed jubilantly to Trial-seekers, greeting each and every one as if they were old friends.

Underneath his cheer, however, there was an unease. Some internal wire pulled taut by the arrival of the Pyramids. Ever since the latest incident in the Trials, his tension had increased daily, steadily ratcheting towards an inevitable breaking point.

There had been incidents before—that was to be expected when Guardians clashed. The point was to limit those altercations to a controlled environment. Yet lately, Saint wondered whether he really was in control after all…

But just as the clouds of doubt began to settle, they lifted when the crowd parted to reveal a familiar gold-hooded figure in their midst. His shoulders seemed a little more stooped without Sagira zipping around them, but his purposeful stride, his furrowed brow… these remained the same.

"Osiris!" Saint called out. Several heads swiveled in his direction, startled by the sudden shout. Osiris, for his part, merely looked bemused as he changed course.

"What is it?" Osiris asked as he drew closer. "Did something happen?"

"No," Saint responded quickly. Too quickly. "Well, yes… A small something. Under control, but…" He was stumbling, unsure how to explain himself. "I sent a message. You didn't get it?"

Osiris frowned, impatient. "I've received a lot of messages lately. Was it urgent?"

Saint flinched. He didn't know it had to be urgent. "It's about the Trials. They are named for you and… now that you're here, I thought it was time you…"

"Ah. You want me to take over the Trials." Osiris shrugged. "It's not a good time. Shut them down if you're tired of it."

"What? No!" Saint hadn't expected this. "Not tired. I am worried! There have been—" He stopped, suddenly aware of the passersby. He gestured for Osiris to follow him into his ship.

Osiris crossed his arms. "I'm keeping Lord Saladin waiting. The issue of the Cabal is somewhat urgent. As you can see."

"I know, but…" Saint lowered his voice, "But there is a kind of war brewing in the Trials too. Guardians going too far. Wielding Darkness."

"Really?" Osiris' eyes glinted with renewed interest. "To what effect?"

Saint stared at him. Inside, the wire tightened one more impossible inch. At last, he said, "It varies."

"Interesting." Osiris rubbed his chin, thinking. A datapad at his hip dinged with a reminder. He groaned at it, then turned back to Saint. "If it happens again, take notes, will you?"

Without waiting for a response, he turned away. Saint's iron arm shot out and grabbed him by the elbow.

"Is that all this is to you? An experiment?" Saint spat, trying and failing to keep his voice down. He couldn't contain himself any longer. He'd waited for days for a response. Fretting over the silence, but forcing himself to give his comrade space. "So what am I then? Your assistant? Just because Sagira is gone—"

"Enough," Osiris snarled, yanking his arm back. "Never speak of her to me again. Understand?"

Saint stepped back, immediately awash in regret. His mind raced. He should say something, anything, to make it better. To put things to rights. But what?

Before he could come up with an answer, Osiris spoke: "Continue the Trials or don't. But if you don't have the stomach to collect that data, someone should. It could be key to our survival. All of ours." And with that, he strode off.

Saint watched as Osiris disappeared into the throng. The tension in him was gone. All he felt now was the agonizing wound left by the wire's snap.

Ikora's words from not so long ago echoed in the back of his mind: "…You know Osiris better than anyone else."

Not true. Saint knew him well, but not better than Sagira. And without her around…

He wasn't sure he knew Osiris at all.