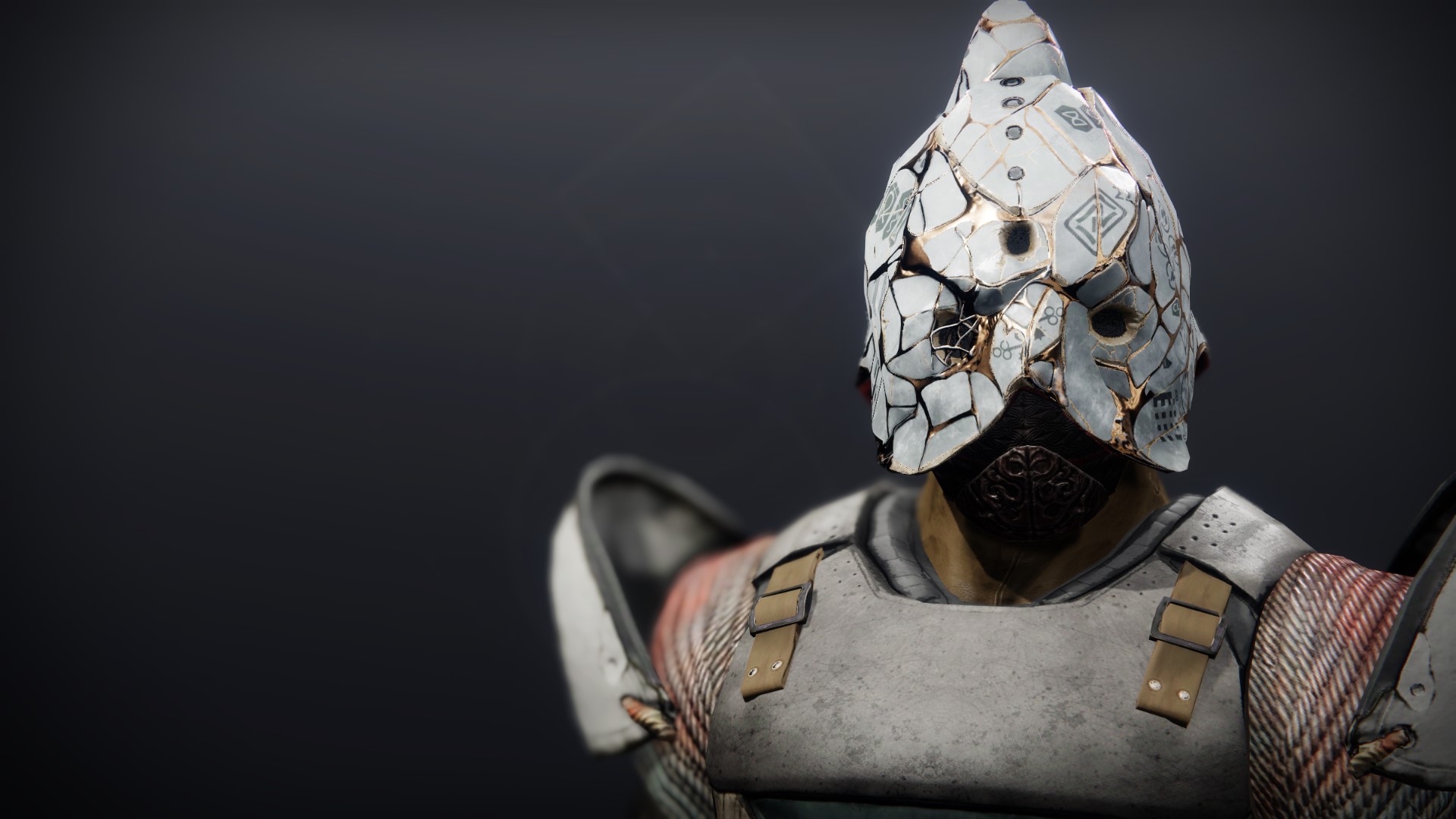 "The Traveler has shown us that what was broken can be reformed, becoming better than it was before." —Commander Zavala

Callieach racked another slug into her Shotgun and fired into the downed Legionary. Her fresh lungs—still not desensitized to the burn of cordite—spasmed as she coughed, but her Ghost was the only soul left to see her moment of awkward human frailty.

The Titan righted herself and tested taking a few deep breaths before scanning the room. Cryomagma expelled by nearby ice volcanoes began to fall as snow through the open ceiling, slightly obscuring her view of the starry river cascading through the Milky Way. The off-white powder flurried down into the rubble and highlighted the scattered white and blue bits of Seraphite shards. Cal slung her Shotgun and began to collect them. "Can you scan for the rest of these, Winter?"

Her Ghost chirped and rotated on her central axis. "What are you… Are those the pieces of your old helmet?"

"Yeah. Need to put it back together," Cal said and brushed the crystallized solution of water and ammonia from a concrete slab, placing the recovered pieces with a surgeon's care. "It's my fault for getting caught with my helmet off."

"We have a real objective," her companion huffed. "I can make you a new helmet!"

"It's covered in Cabal viscera," Winter protested as Cal continued to pluck shards from the ruined floor.

"A little wash, a little Glimmer, a new environmental seal; it'll be good as new."

"Cal, it's been shattered. It's useless."

The Titan tore a scrap of Cabal banner free and began to carefully wrap the pieces. "I was broken when you found me. Am I useless?"

"You don't want me to answer that honestly right now."

"Of course not," Winter finally relented. "Your old wounds helped me determine what kind of person you were. You can't remember it, but the damage to your femur and vertebrae suggested you were a person who could press forward despite phenomenal pain. Your scars told me what you could do."

"That's why it's important for me to remember: I am what I've been through," Cal countered while prying a final piece of regulator out from under an Incendior's boot.

"The footprints are not the dance," Winter corrected.

"Out of all the Ghosts in Sol, I get the poet."

"What I mean is, you are more than what you survive. Your scars," the Ghost clarified, "told me you were someone who could endure. They didn't tell me how. They also didn't tell me about your morals. Your sense of humor. Your generosity. But eventually, you did."

"There's more to me than being broken."

Cal cooed over the last piece of helmet, which still bore a tiny, childish drawing of a heart. The initials within, MG, were visibly scuffed. "So maybe there's a little more to my helmet too."