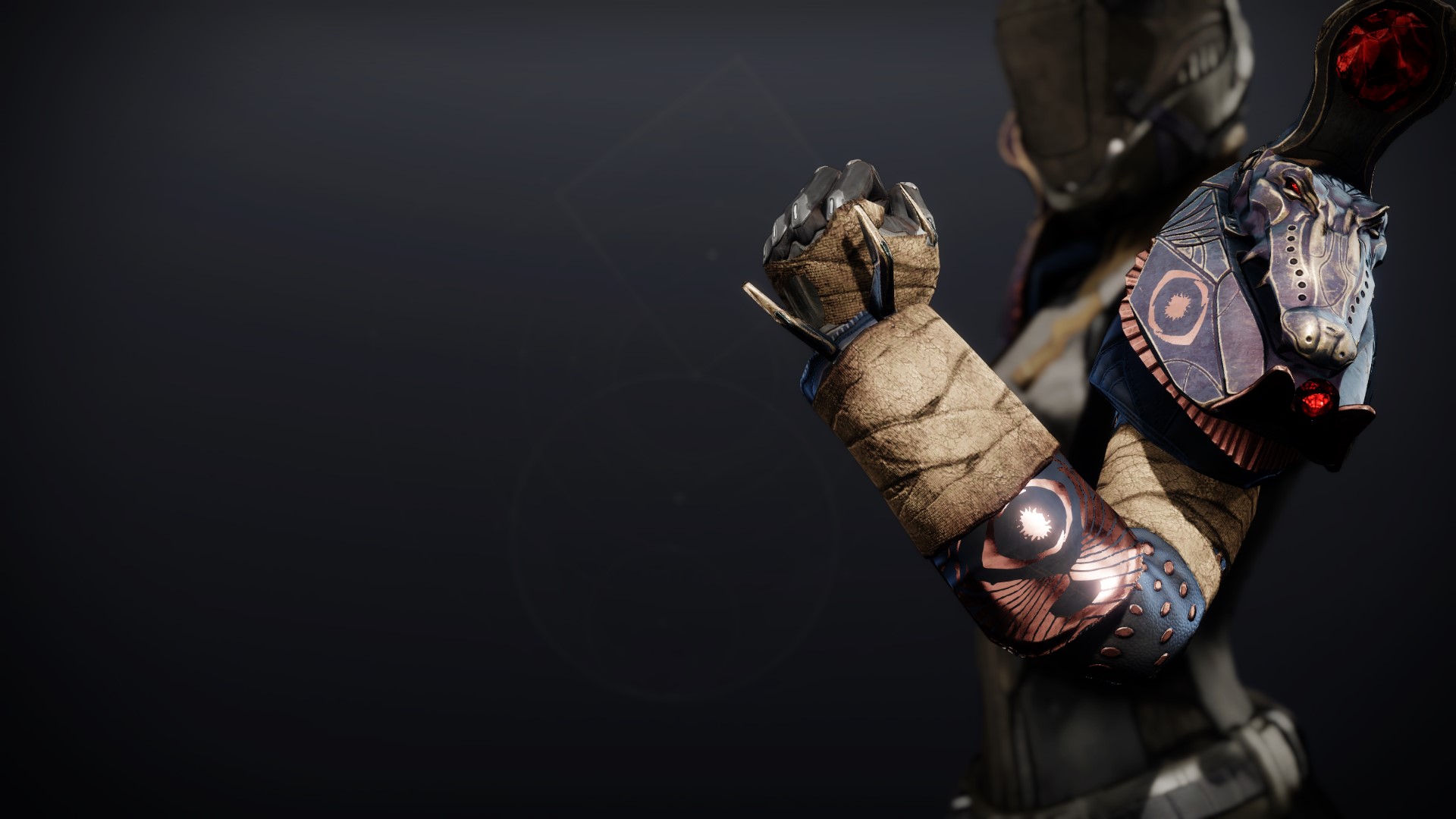 The noise of the Bazaar is a background hum, seemingly electrical but performed by so many organic systems. Reed-7 finds comfort in the banality of human conversation when viewed at a macro level—the impression of life. It's something other than language to him, something he imagines the universe might sound like to a Warlock. At least, he assumes they hear those things.

There is relief that in this moment, Reed hears only the people in the Bazaar, not the voices of horror that haunt him from Io's cradle. When he thinks too hard about it, he can still hear the Darkness moaning through his Ghost. Rather than dwell on it, he searches for something else to fixate on, something to distract him.

The whole of the Bazaar is decorated for the Festival of the Lost, with colorful engram-shaped ornaments hung from decoratively macabre trees. A Ghost—one he's fairly certain belongs to the Warlock Osiris—goes cartwheeling by with a shriek of laughter, trailing cloth wrappings in her wake. The moment of levity helps lift Reed's spirits as he returns to his table in New Monarchy's enclosure where Aisha and Shayura wait for him.

"Drinks," Reed says, setting down three tall mugs wafting with steam. Aisha offers him a supportive but strained smile. "Careful," he notes as she reaches for a mug, "they're hot." He'd earned the nickname Strike-Dad thanks to obvious and well-meaning cautions like that.

"There's cinnamon in yours," Reed says to Shayura, who may be asleep, her head down on the table atop her folded arms. Shayura has the wherewithal to give him a distracted thumbs-up. It's at least comforting, if not wholly reassuring. Aisha gives Reed a wordless look of concern and shakes her head. Their talk had not gone well while he was away.

"I know you're upset about Sloane," Reed says, deciding to tear off that conversational bandage. "But you know the commander's done all he can. We've done all we can. Don't blame yourself for—"

"Thanks," Shayura says without looking up. She sits up enough to grab her steaming mug with two hands and drag the piping hot cider over to herself. She slouches over the mug, breathing in the aroma of cinnamon, honey, apples, and cloves. Her eyes drift shut, and for a moment, she seems more herself.

Aisha and Reed take a moment to breathe. Give Shayura time to breathe. "I know," Shayura finally says in a small, guilty voice. "I'm sorry." It's hard to tell if she's talking about Sloane, or about her behavior in general.

"You don't need to apologize to us," Reed says with a look to Aisha, finding her approval. "You should apologize to Leitka and his Ghost."

"It was Titan," Shayura finally says, staring into her mug. Reed and Aisha look at each other, but neither interrupts. They let her reach that point at her own pace. "I was back on Titan. Like when we were Lightless, surrounded by Hive. There was this Knight… no matter how many times I killed him, he kept coming back. I should've died out there."

"But you didn't," Aisha says, reaching out across the table to take Shayura's hand, giving it a reassuring squeeze. "We got our Light back, and—"

"What happens when the Darkness closes in?" Shayura asks, though she knows neither Reed nor Aisha have the answer. "Will she be Lightless again? Alone?"

Reed and Aisha share a look, and the Exo reaches across the table to lay one of his large hands on Shayura's, atop Aisha's. He doesn't have a rousing speech, strong words, or even cold comforts. He just has his presence to offer in support of her traumas.

He has to hope that's enough.