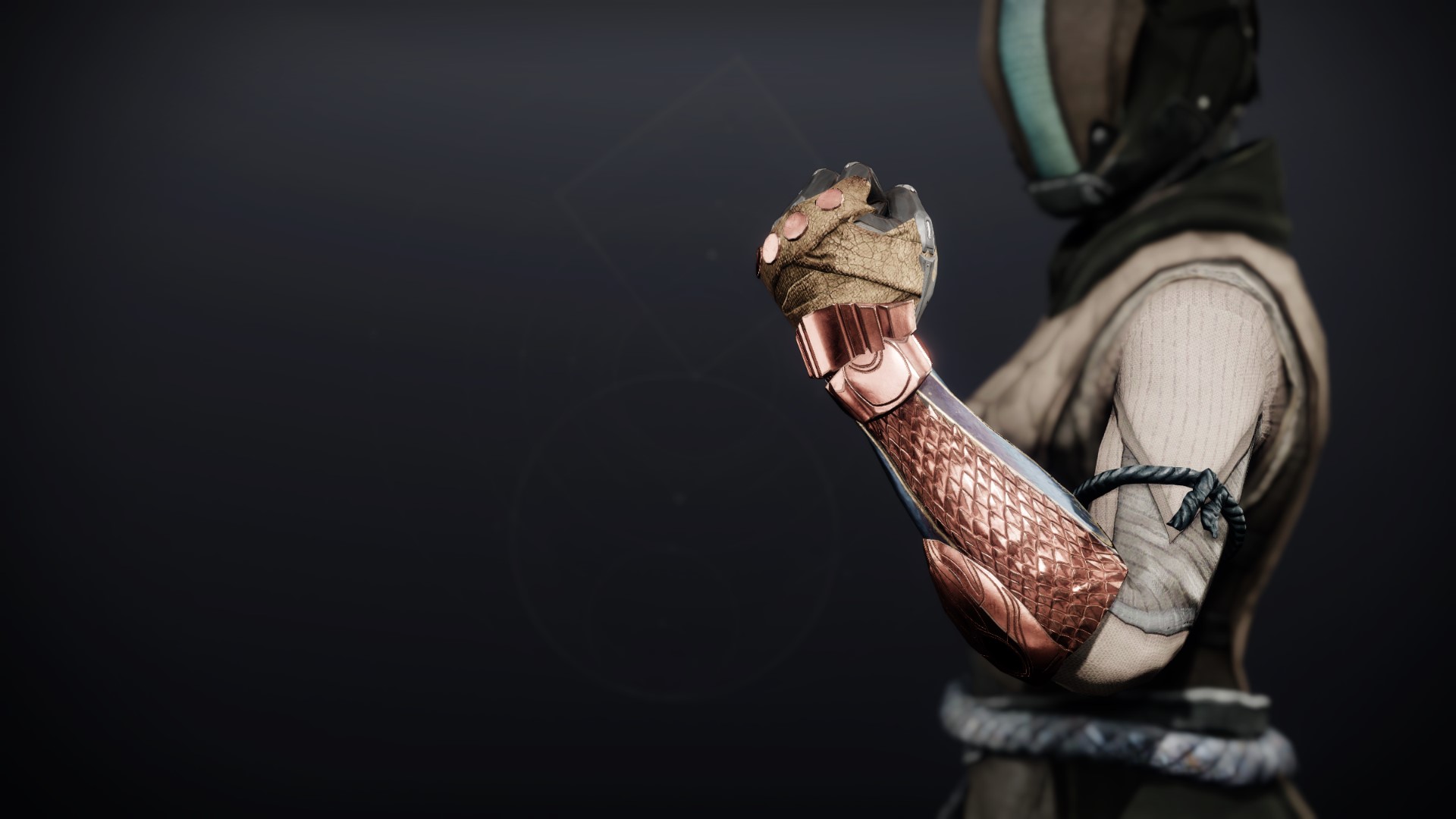 "I cannot be absolved."—Shayura, Awoken Warlock

Guilt and shame twist like spectral blades into Shayura's stomach. Sitting under the trappings of New Monarchy's crimson-shrouded enclosure, her focus is locked squarely on the table's wood-grain surface. The sound of her breathing feels uncomfortably loud, but at the same time, the noise of the nearby crowds are muffled and distorted as if they were underwater.

All Shayura can hear clearly is her own breathing. She slouches forward more, fingers sliding up into her hair, elbows propped up on the table, fighting to stay in the present when her mind demands she fixate on the past.

"Did you talk to Ikora yet?"

A new knife of guilt slides in. Shayura tries to swallow, but her throat is dry. She'd barely had the energy to come here; it makes her feel all the more worthless.

"No," Shayura finally says, her mind fuzzy, her response delayed. "I will," she promises, because she knows that's what Aisha wants to hear. "I'm sorry."

"Hey, no," Aisha says, putting a hand on Shayura's shoulder at some point. The tactile connection is a grounding presence, bringing Shayura back into the moment. "Don't. We've all been through a lot. I should've paid attention to how hurt you were before we went into the match. I'm sorry we fought; I'm sorry I yelled at you."

Aisha's plaintive tone hurts as much as it helps. Shayura sinks into a slouch of defeat, feeling her closest friend suffering because of her own shortcomings. It only makes her feel smaller, guiltier.

Shayura looks at Aisha out of the corner of her eye, seeing the twinned look of support and worry on her face. "Can Guardians be unfit for duty?" Shayura wonders aloud, her voice muffled by the tabletop.

"I mean…" Aisha replies. Her hesitation has a palpable sting.

"I don't know if I'm okay," Shayura finds the courage to admit. Her heart races as the words pass her lips. When she feels Aisha's arms around her shoulders, it steadies her pulse. Shayura relaxes into the supportive embrace of a friend.

"It's okay not to be okay," Aisha says, and for a moment, Shayura believes it. For a moment, knives of doubt and guilt feel blunted. But only for a moment.

"That's why you should talk to Ikora. She knows. She understands."

The word startles Shayura. She can hear the whirring hiss of Reed-7's articulated joints, the clank of his armor.

"There's cinnamon in yours," Reed says, and Shayura musters the energy to give him a half-hearted thumbs-up.

"I know you're upset about Sloane," Reed says, and suddenly Shayura's heart is racing in worry again. He says something else, but all she hears is the blood rushing in her ears and the thundering beat in her chest.

Worried that he's waiting on her for a response, Shayura interjects with something non-committal. "Thanks," she says weakly. The scent of apples and cinnamon hits her. It brings her back to her earliest memories as a Guardian in the Tower, when she first met Aisha and Reed. Shayura sits up enough to grab a steaming mug with two hands and drags the piping hot cider over to herself, breathing in the scent of happier times.

"I know," Shayura finally says in a small, guilty voice. She doesn't know what she's referring to, but she assumes it's what they want to hear. "I'm sorry."

"You don't need to apologize to us," Reed replies. "You should apologize to Leitka and his Ghost." Mention of the Guardian Leitka twists those knives of guilt in Shayura's stomach. She breathes in the scent of cinnamon and apples again, deeply. These are her friends, she tries to remember. This is her family, she concedes.

"It was Titan," Shayura finally admits, afraid of what the truth means but unwilling to dig too deeply into her own terrifying delusions. "I was back on Titan. Like when we were Lightless, surrounded by Hive. There was this Knight… no matter how many times I killed him, he kept coming back. I should've died out there."

"But you didn't," Aisha says. Shayura feels a hand on top of hers and sees Aisha squeezing her palm. It feels like it's happening to someone else, and yet, it is still reassuring. "We got our Light back, and—"

"What happens when the Darkness closes in?" Shayura needs to know, though she knows neither Reed nor Aisha have the answer. "Will she be Lightless again? Alone?" The thought of Sloan dying alone on the arcology eviscerates her.

Reed's hand joins Aisha's in a wordless reply. It isn't much, but it's enough.