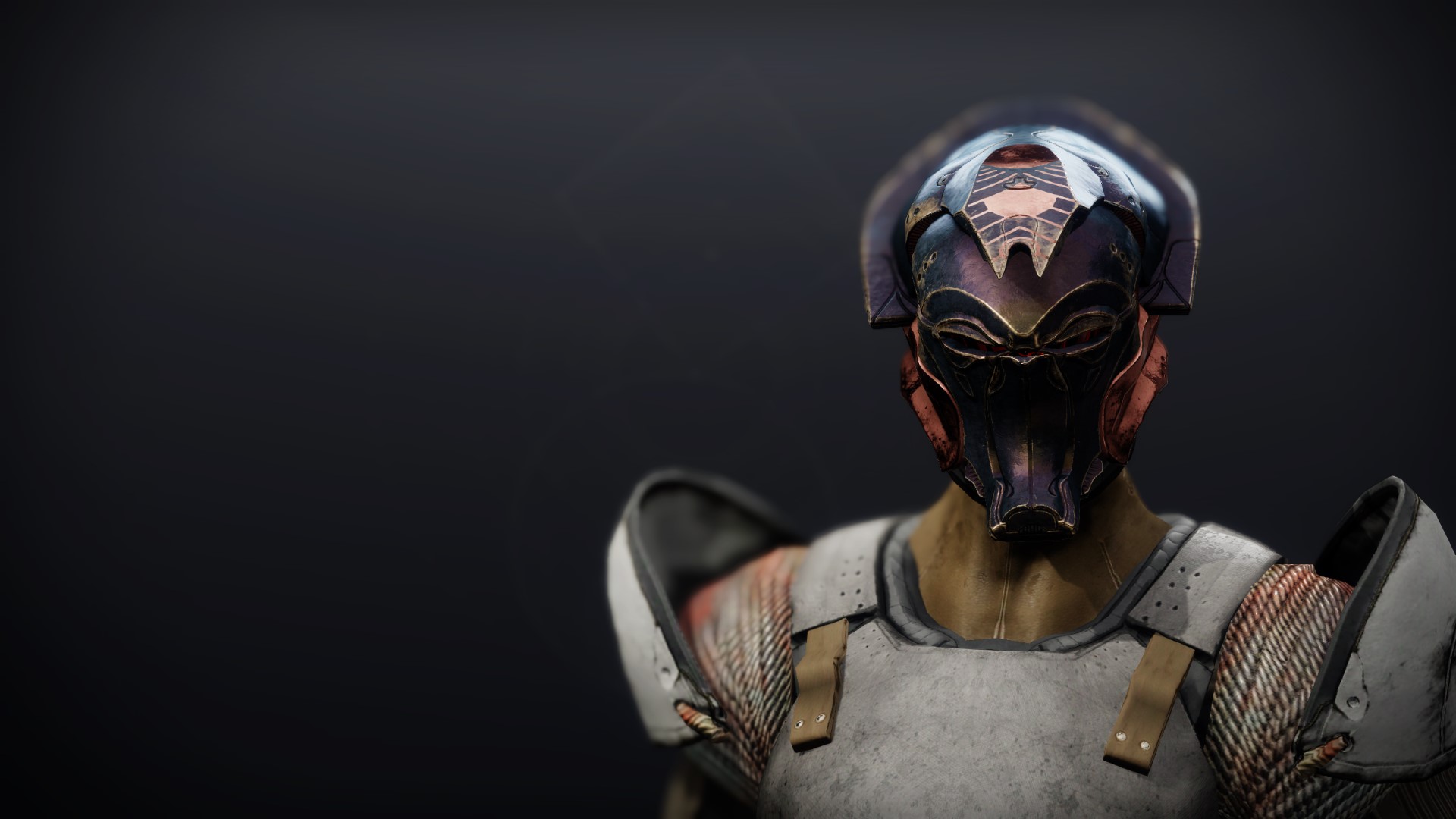 "Under a sturdy enough helmet, no one can see how damaged you are." —Reed-7, Exo Titan

The Exo Titan Reed-7 cuts an imposing silhouette across the Mercurian sands, the sun at his back. Reed and his Ghost fix their attention on two streaks of fire gleaming across the sky.

"Again," Reed notes with a sigh. His eyes follow the burning trails across the dusty beige sky until they reveal a pair of jumpships entering the atmosphere.

"I'm picking up a… dispute on open comms," Reed's Ghost notes, bobbling through the air around his Guardian. "You may want to brace for impact."

The jumpships dive low and hug the ground after reentry, kicking up a cloud of sand that billows across the ancient stone courtyard of the Caloris Spires. Reed turns his head to watch them speed off to the opposite horizon.

"—believe for a minute that's all we could've done!" A voice shouts over comms and finishes in physical space as Reed's Warlock companion, Shayura, transmats down to the surface. Crackling bands of energy ripple off of Shayura and another Guardian, a Hunter: Aisha. Shayura is incandescent with anger. Waves of golden fire lap at the sides of her face.

Reed doesn't say anything as his companions arrive. They're doing enough talking for everyone on Mercury, so he gives them their space, choosing instead to focus on the task at hand. He moves toward the looming structure of the Lighthouse and the Guardians gathered outside, waiting in their queue to compete in the prestigious Trials of Osiris.

His Ghost looks at him with concern; Reed reassures him with a gentle tap of his finger against the Ghost's shell. But Reed can hear his friends becoming increasingly frustrated with one another. Arguments like this have happened before: Is Eris trustworthy? Should the Vanguard track down Cayde's murderer? Was Cayde's death his own fault for being so reckless? Their disagreements had always ended with understanding. Today, however, things feel different.

"Hey!" Reed turns and shouts back at them. It's louder than he intended. The bright red Exo recoils a little from the volume of his own voice. The clap of his rebuke distracts both Warlock and Hunter. They look up at him in sudden silence.

Reed lifts a hand to the back of his neck, scratching sheepishly. "Can we do this later? Please?"

Shayura and Aisha afford each other a brief and mild look. Wordlessly, they put away their conversational weapons for another time. Shayura draws a Sword and points it across the windswept courtyard toward a group of Guardians, indicating a challenge.

Reed will take that as a victory, however small.