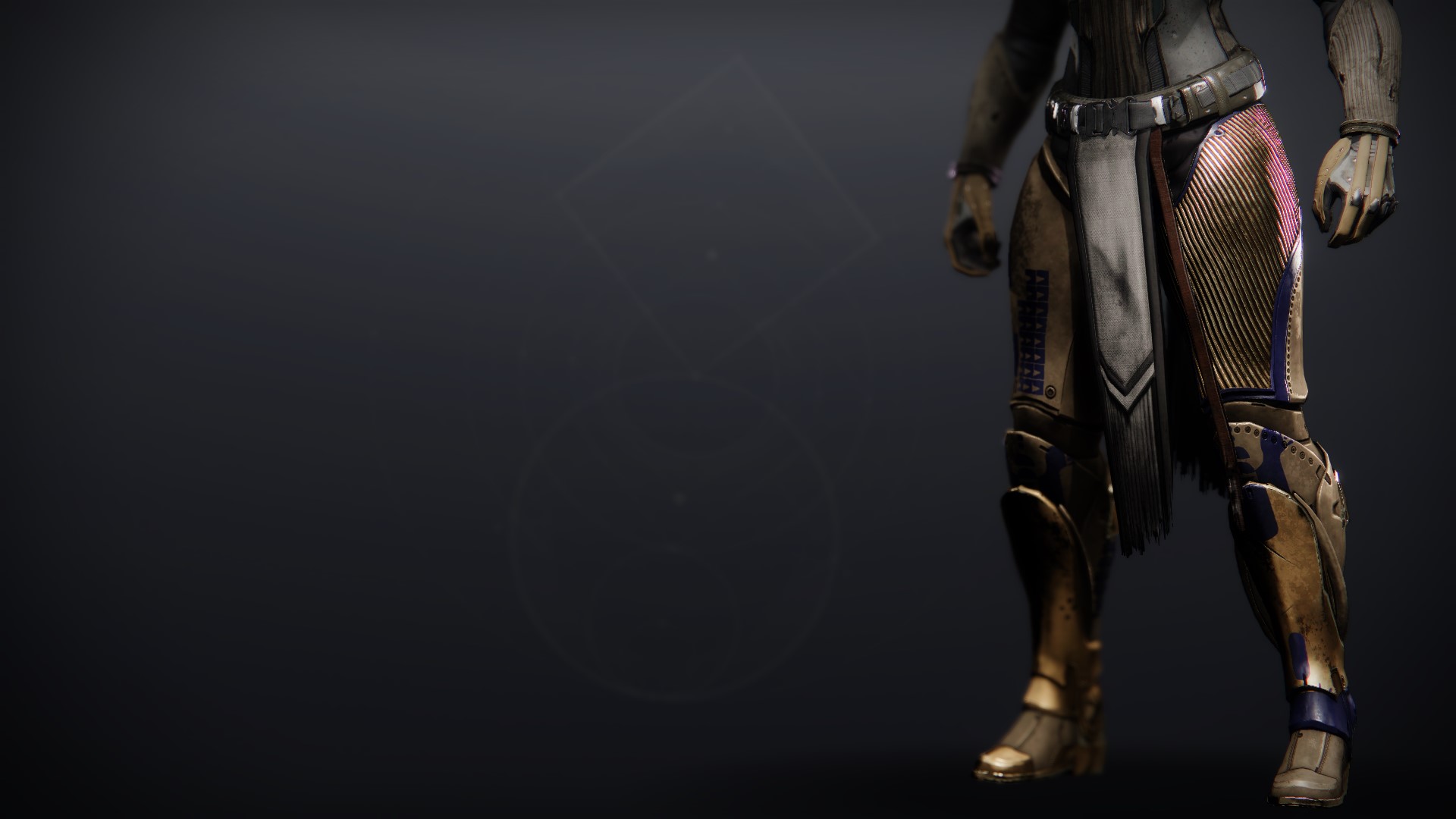 Bask materialized near a low wall and zipped to where Jolur had collapsed. The Ghost began to focus his Light when incoming fire sent him spinning to the ground.

"What did I tell you about dying in the open?" the little Ghost cried in frustration. Determined, he rose into the air, but the Hive Knight was already charging across the Trostland cobblestones.

A sudden explosion of Void energy took the Knight by surprise, but it dodged the pulsing shockwaves of a Vortex Grenade. A tall Warlock in a worn green robe loped from the treeline and slid to a stop before Bask. She hastily formed a ball of Light in her palm and slammed it into the ground. Delicate wisps of energy began to rise from the soil.

The Warlock stood, sheltering Bask with her body as he resumed his focus on Jolur. The Knight screeched and resumed fire. A volley of Shredder bolts doubled the Warlock over, but the energy seeping from the rift gave her the strength to keep standing.

"Don't mention it," she said, gritting her teeth through the gunfire.

A blinding burst of energy surged as Jolur rose to his feet, body shimmering with Light. He braced himself and lobbed an orb of unstable energy that reduced the Knight to howling ash on impact.

"Appreciate the assist," Jolur said to Bask and the Warlock as he brushed dirt from his decrepit boots. "These guys are stronger than I thought, but it's nothing a Nova Bomb can't handle."

The Warlock inspected the damage to her robe. "What's going on with these Hive?"

"I don't know," Jolur said. "Lord Saladin sent a group of us down to figure out—"

Another blinding burst of energy surged nearby. The Knight rose to its feet, body shimmering with Light.

The Guardians stood frozen in horror.

"Since when can they do that?" Bask squeaked, and the fight began in earnest.