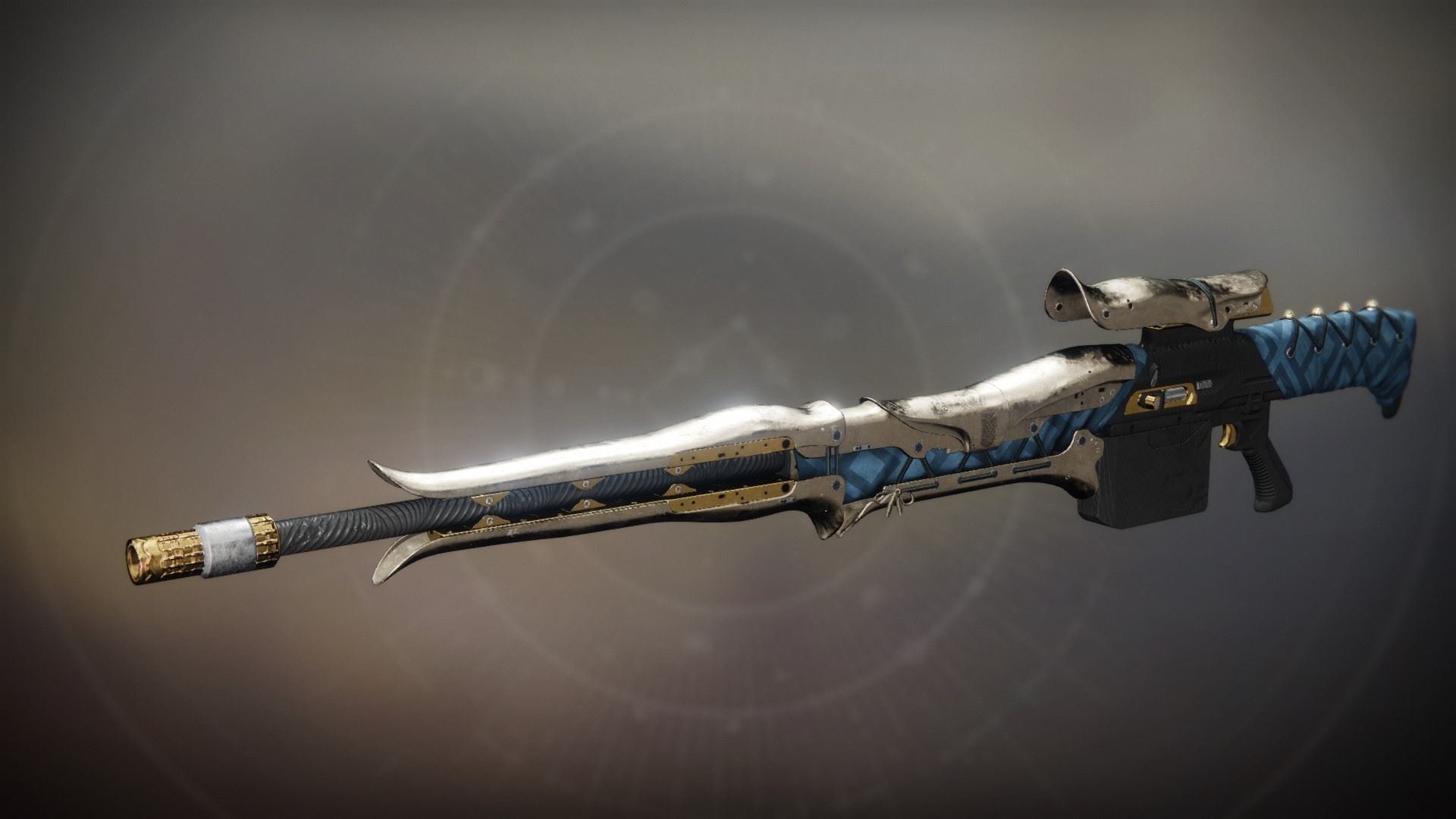 Engraved in illuminated letters on the weapon's chassis: THE AWOKEN MADE ME.

Guardian comms are ablaze with gossip.

Yevik crouches over a battered radio that they've juryrigged to bypass Vanguard security overrides. He listens closely while the rest of his scouting party watches and waits. None of them speak the Human tongues, so it falls on him to translate the news.

He's rusty, but he can make out the main beats. Queen Mara Sov is alive. Prince Uldren Sov is dead. The Awoken are calling for aid.

His blood quickens. He was once a Wolf who bowed to Mara Sov in good faith. He kept that faith when so many of his cousins defected to Meridian Bay, and abandoned it only when it seemed she was truly dead.

But now, somehow, the tiny Kell is alive?

"It's nothing," he demures. "The two-soul prince is dead. The Lightmongers, they are surprised. They wonder what this does to their Houses."

The group rumbles with vicious satisfaction. As they talk, Yevik begins planning his return. He cannot serve the House of Dusk while his Kell still lives.