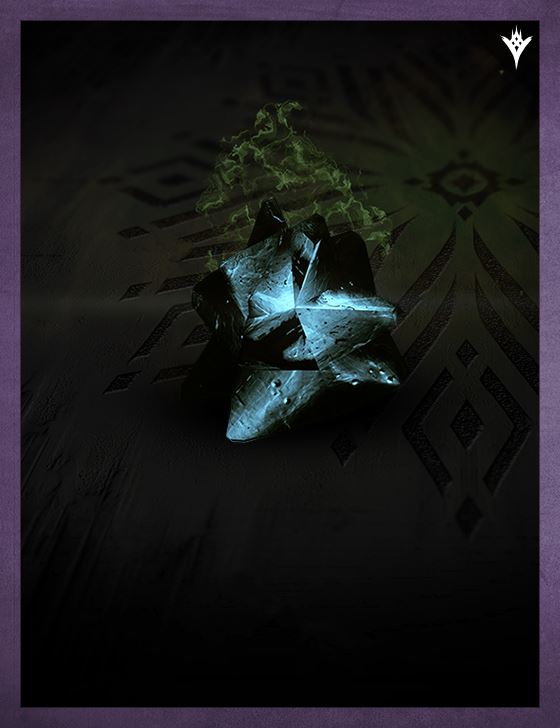 Verse 4:10 — An Emperor For All Outcomes
Oryx rushed home and read from the Tablets of Ruin. He put some of the Vex into wounds, to be taken by the power of the Deep. Thus he turned the Vex against each other. Quria manifested a range of tactics, but none of them were adaptive. Oryx crushed all the Vex in his throne.

Oryx thought that he should study geometry, like the Vex. It was the map of perfect shapes. But first he had to punish imperfection.

“My son,” he said, “this is your punishment. Come home glorious, or die forgotten!” He picked up Crota by the legs and threw him into the Vex gate network.

Crota battled through history, becoming a legendary demon. In his early centuries he often spared a few victims to hear oaths and protests against his father. Later, he came to understand Oryx, and he made temples and monuments wherever he went.

Meanwhile, Oryx brooded on the Vex. “I’ve met a worthy rival,” he said. “They want to exist forever, just as I do. But I don’t understand them.”

At this his worm began to chew on him, for he was bound to understand.

He called Savathûn to meet in the material world. She told him that the Vex worked tirelessly to understand everything, so that they could build a victory condition for every possible end state of the universe.

“Then I must be a better king,” Oryx said. “If they want to build an emperor for all outcomes, then I will be the king of only one. I will follow the Deep wherever it goes, and document its power. Let us create a catalog of the grave of worlds, which will be our map to victory.”

Oryx knew that all life could be described as cellular automata, except for that life which understood the Deep or the Sky, and thus escaped causality.

Out of love for her brother, which was the same as the desire to kill him, Savathûn leaked a secret to Xivu Arath — ‘listen, Xivu, Oryx’s throne world has been compromised. You can cut your way in from here.’ Xivu Arath used this to plan an ambush.

But Oryx was too canny. The Taken King said to his Court, the High War, “My throne world is vulnerable. I am going to move it.”

“Into a mighty dreadnaught,” said Oryx. “I shall keep my glorious mind cosmos inside a titanic warship.”