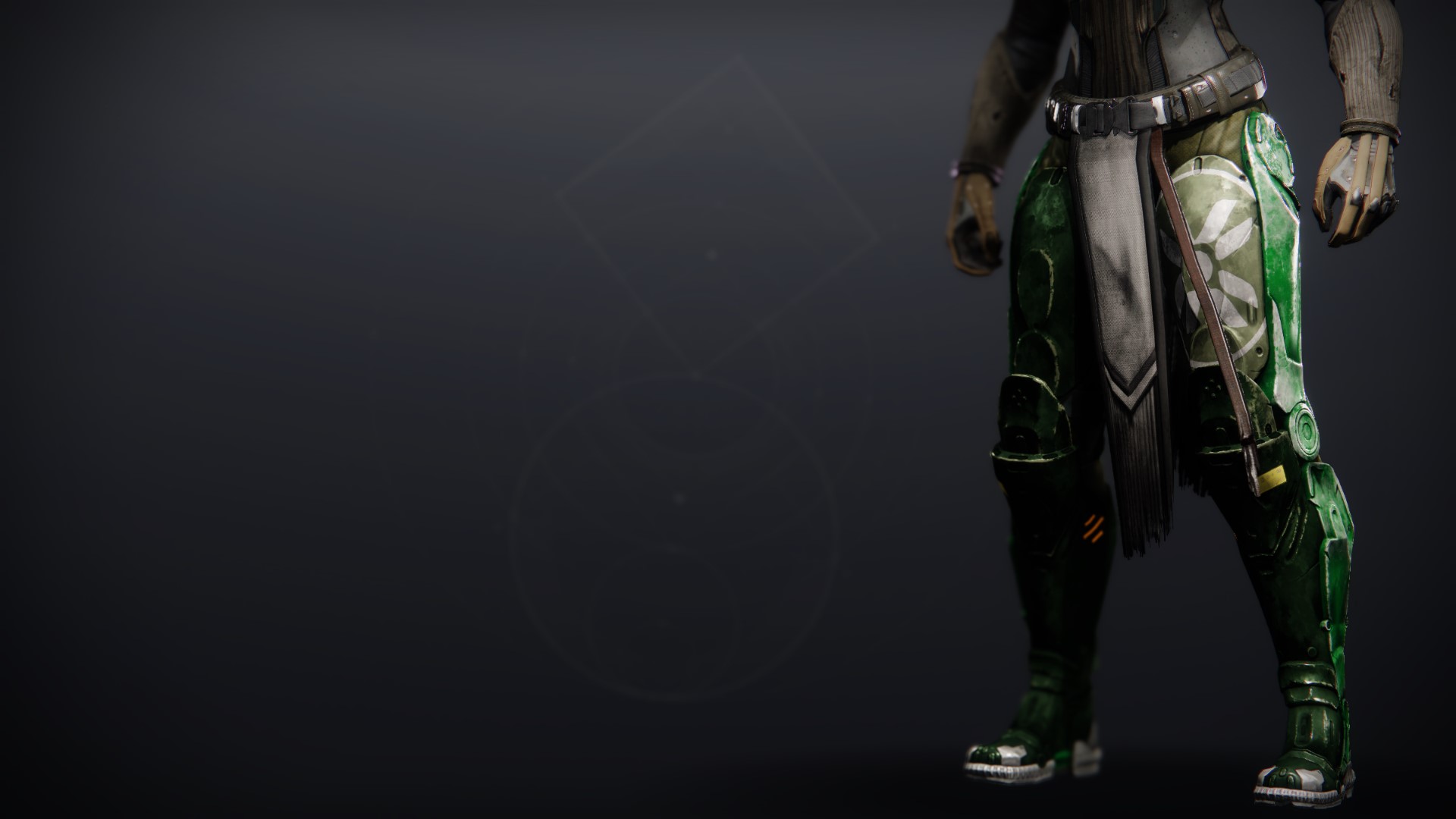 Elsie is not at camp in Beyond; perhaps another time—but Eris emerges from transmat to see the Drifter alone, interrogating Elsie's strange, floating companion.

"Well? What are you?" Drifter points at the thing with distrust.

"Leave it be. The Ziggurat awaits our experiment," Eris says, saddling a mostly materialized Sparrow and blasting off into the snow across the frozen Europan flats.

"…And don't touch my stuff!" She hears Drifter shout at the thing as he follows after her.

Frigid sleet stings Eris's face red atop the Ziggurat. It is a welcome sensation compared to the prickling numbness that sticks her fingers; she grips a harvested stalk of the egregore fungus tightly in one gloved hand. In the other, a hot flare disgorges plumes of jade smoke.

She lights the stalk at both ends, according to the Drifter's instruction. Ashing spores furl into dense clouds that envelop her body, obscuring her sight in soot-black shroud until it blocks out all else.

A choral swell through turbulent winds.

Tone that forms words across the surface of her mind.

"You hear it?" Drifter asks, his voice a whisper outside her awareness.

The Ziggurat resonates like a tuning fork. The vibrations themselves take shape within the smoke, and Eris is drawn toward somewhere distant and empty. She follows, and the smoke swirls with points of color like stars, separated by lonely rifts of black expanse. Echoes radiate from the black deep like graviton ripples through space. They wash distortion over the stars until breaking against four other points—two greater, two weaker—ghostly strands of incorporeal egregore between them.

She then sees the Pyramids of Europa, Luna, and Savathûn's throne world—as one, their structures melded and overlapping. The connections cauterize in her mind like a vivid memory.

Eris blinks, and the sensation is gone. The stalk is ash in her hand.