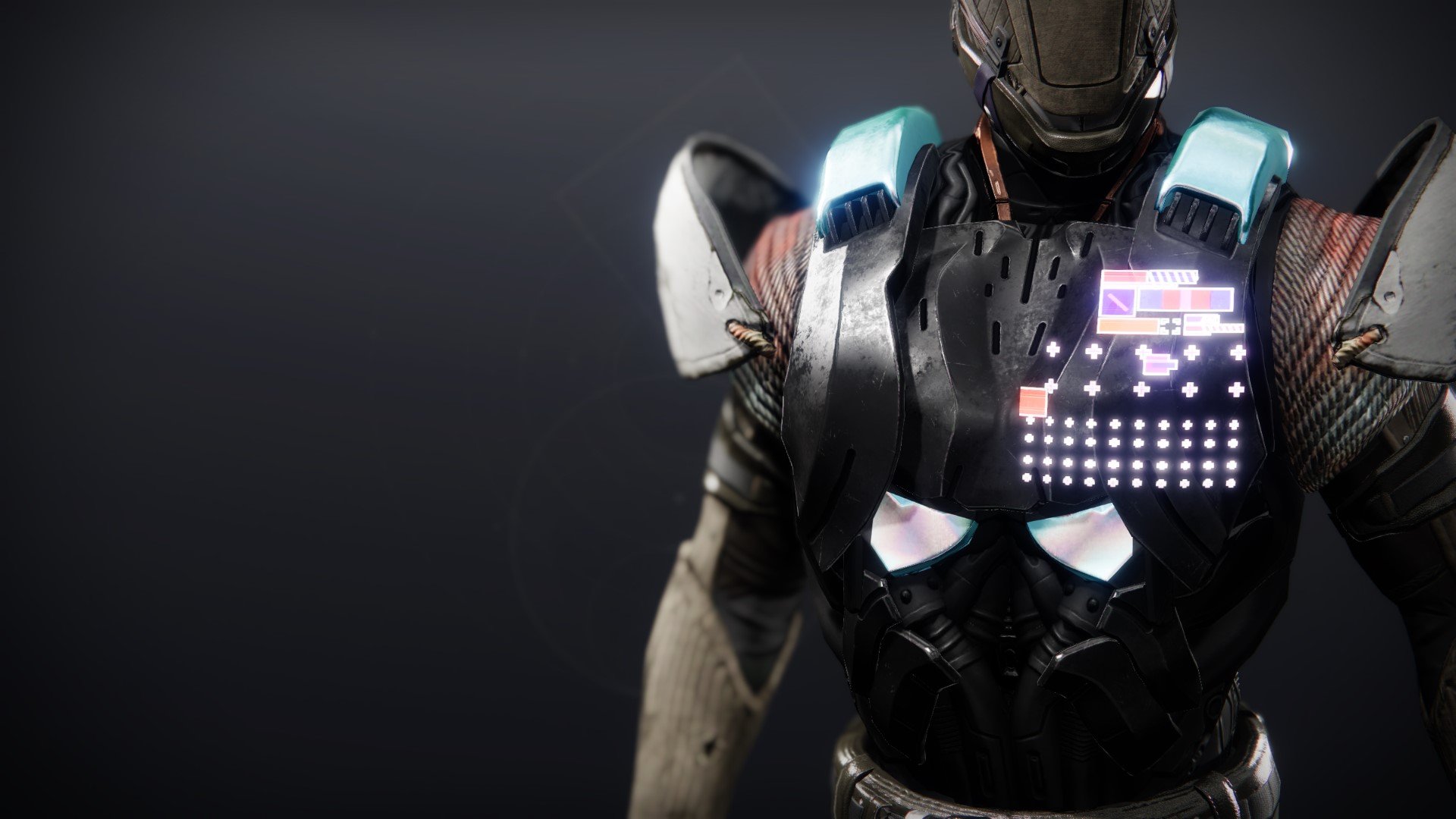 "What is necessary and what is right are not the same. All that matters is whichever serves you best." —Lisbon-13

Lisbon-13 raised his gun toward her.

"Was it? Did we really—whoa!" Piri cried and dove away as a beam of energy vaporized the tangle of vines through which she flew.

Lisbon realized Divinity was too slow. He switched to his Hand Cannon.

Shards of stone from a nearby explosion suddenly battered Piri's shell. She had hoped she could talk her way out of this. But there was no time to think—just run.

"Listen, Lisbon! Please!" Piri pleaded. Each word was punctuated by a roar from his gun. She dodged the resulting explosions along the terrain. "Honestly, if you want to shoot me, I'll let you! Just stop and tell me why first!"

A grenade whirled through the air in response. Piri had seen this tactic too many times to be fooled. She zipped toward the falling explosive and sheltered under a shelf of rock. The blast rattled her senses, but Piri didn't have time for them to clear. She sped through the smoking terrain, inches above the ground, knowing Lisbon would be looking for her flight to either side of the drifting cloud.

And then in an instant, the feet of Lisbon-13 materialized in the smoke before her. She nearly ran right into him. How did he do that, she wondered, to think like others and anticipate them? She knew she needed to talk. Fast!

"Uh, okay. First thing's first. You want to destroy me. Got it. But why? What's next?" she asked.

Realization dawned. Piri bobbled in the air, shocked by her own conclusion. "…You want the secret to die with you. No… no, no, no. You can't kill yourself. You can't! Lisbon, there has to be another way."

Lisbon-13 looked up from his Ghost and through the wafting smoke. "She's right. This is not the way."

Lisbon-13 was not looking at his Ghost. "It's not that the power is too terrible to wield. It's that the burden is too great to bear."

"Burden?" Piri asked. The Ghost dodged as Lisbon-13 suddenly stepped forward and brushed past her.

And stood, facing himself, once again.

The doppelganger—this other Lisbon-13—reached out and put a hand on the shoulder of the Lisbon-13 that stood a few paces behind Piri.

"You never doubted yourself. Not for a moment. The others revealed their weaknesses: their pride and self-absorption. But you remember what Rekkana said," it stated.

Lisbon-13 nodded. "If anyone can handle the responsibility of this power—"

"It's you," the doppelganger finished. "What you fear now is not the responsibility you have assumed. It is the burden…" the doppelganger said, glancing back at the Ghost, "…of having all this power and never getting what you want."

Lisbon-13 had seemed distant and cold to his fireteam and his Ghost. The arguments since the Black Garden, the fighting—oh, how she had pleaded to stop the fighting! All nails in the coffin of something dead within Lisbon-13—something killed by this doppelganger in the garden's grotto. But now, some of the old Lisbon's warmth blazed white hot as he shook off his double's hand. "You did this! You ruined everything," he said.

"We are all responsible for our choices. You chose this path. They chose theirs. Now is the time to select a new path. Together. We can help each other. We can free you from what you wanted. We can lighten your burden."

Piri knew what would happen next. She braced for the explosions and readied herself to leap to Lisbon's aid.

"…Can you make me forget her?"