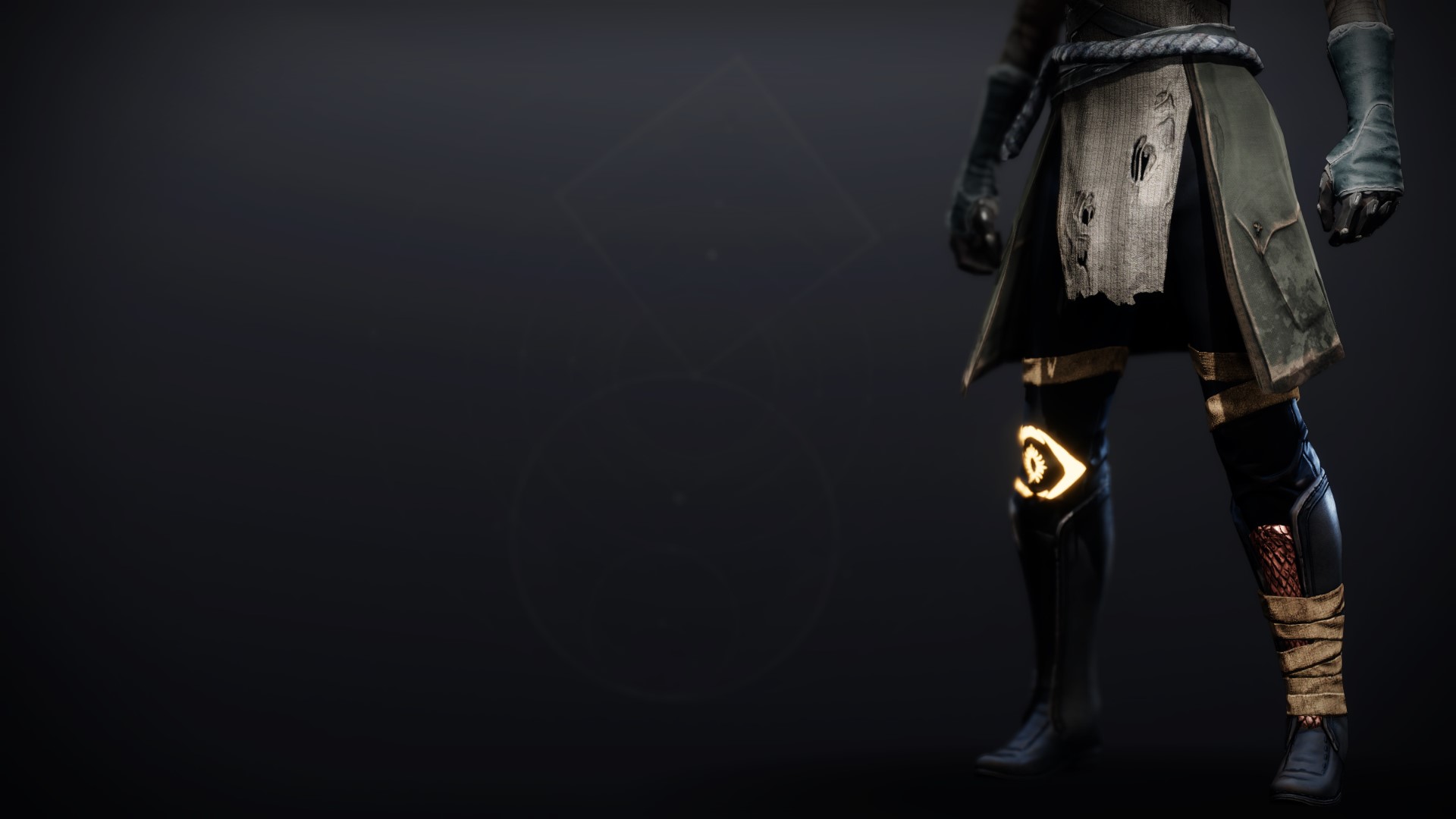 "I walk without hesitation toward my destiny." —Shayura, Awoken Warlock

The wind carries a chorus of voices. Some reverent, some frightened, some confused. The mosaic of conversations is a distracting din to Shayura, who rests at the edge of a terrace watching the crowded streets of onlookers, eyes upturned to the shadow of their silent god looming in the heavens.

She can't help but feel that the people who dwell beneath the Traveler do so out of desperation and delusion. They were told for generations that this was the only safe refuge on Earth. Even after that assumption had been challenged by the Red Legion and now the Darkness, they cling to that desperate hope. They cling to an illusion of an all-powerful god that will protect them, when—Shayura believes—they had never been in any real danger before the Traveler arrived.

Shayura hears Aisha, talking beside her, but her thoughts are distant. Shayura grunts a reply, hoping indifferent is enough. But Aisha keeps talking, something about Chicago, about memory. Shayura grips the railing and watches the people staring up at the Traveler, and she cannot bear to look up with them.

"I remember," Shayura finally replies, her own internal fears overlapping with memories of dark times that her fireteam experienced below the ruins of Chicago. "I never forgot how abandoned we felt," Shayura adds, a tightness in her voice. The day Ghaul stole the Light, when they were so far from home, when they went from hunters to hunted.

Shayura also remembers what went unsaid. She remembers those feelings of desperation and abandonment and how she would have accepted any opportunity if it meant living. Her desperate moment did not end in such darkness, but she cannot help but wonder about other Guardians. That when faced with the choice between annihilation and salvation, they might make the wrong choice.

It is in that moment of quiet revelation that the Traveler stirs for the first time in years. A glow builds within, and only then does Shayura look up at her silent god. A wave of Light washes over her, and it feels like absolution.

While the City is awash in Light, with the fearful and the faithful holding congress in the shadow of an indifferent god, Shayura slips away into the crowd. She does not need to witness the Traveler's grandiose power to know what is being asked of her, and she does not need time to set herself to work.