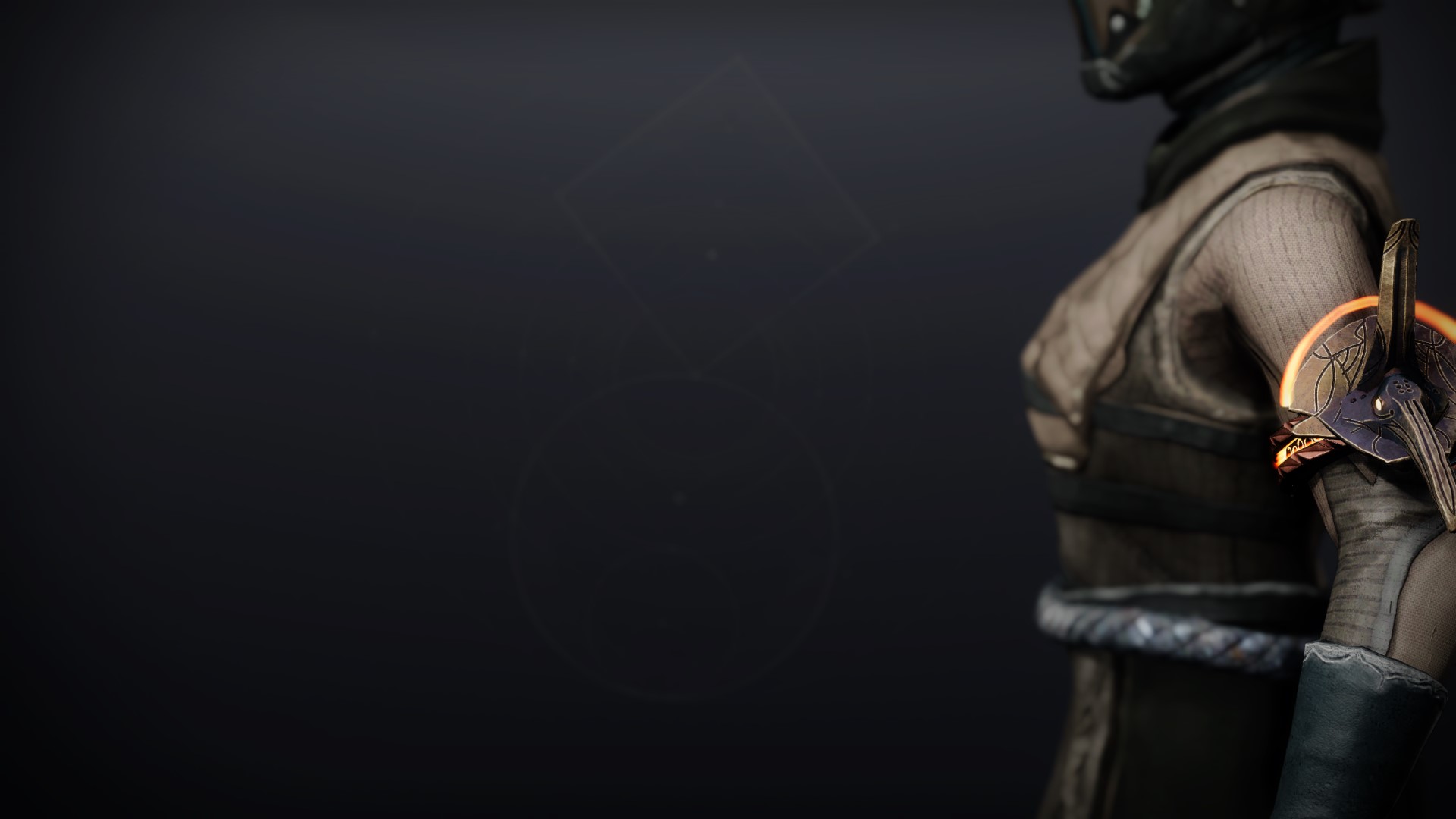 "Each scar I bear, a trial survived." —Shayura, Awoken Warlock

There is not but silence in the void.

Frost collects on the inside of the cockpit of Shayura's jumpship. Her breath is visible as a cold fog. Fragments of Ghost shells are scattered atop the console, each glittering with a faint sheen of ice. The Warlock stares at her reflection in the shattered central navigation panel, fragmented, broken.

"You are late for your weekly scheduled Trials match," Shayura's Ghost chirps from over her shoulder. She does not look away from her broken reflection. "Do you… want me to elevate the atmospheric controls so the ship is warmer on your return?"

Shayura blinks her eyes shut, then opens them, fixed on her Ghost. "The cold is a reminder," Shayura says like a mantra. She looks back at the fragmented shells of the dead Ghosts and clenches her hands into fists.

Shayura is torn apart into motes of Light and threads of energy, reformed into the simulation of Mercury mid-stride. She walks straight past Reed and Aisha toward the Lighthouse, purpose behind her every movement. "Come on."

Shayura's attention is focused ahead at another group of Guardians, to an Awoken Warlock—much like herself—whom she has heard much of. Shayura steadies herself, heart racing.

Reed-7's head disappears behind the occluding barrier of Vex architecture, inaccessible from the Scout Rifle scope. The rifle's wielder, an Awoken Warlock, lowers his firearm and grunts in frustration. He kicks off the ground, stepping up into the air and glides across the sky in search of a better vantage point. It's here that another body impacts him in a tackle, sending him crashing to the ground far below.

The Warlock's Scout Rifle rattles out of his hand on impact. He switches to his gold-plated Sidearm as he rises up onto one knee, only to have the gun swatted aside by the flat of a curved Sword. Shayura, carried aloft on wings of fire, slowly descends from the air. She moves the Sword's blade from hand to throat.

"Go on," her quarry says, "you earned it." But Shayura isn't thinking about the match. This isn't about the Trials; it's about discipline.

"I know what you did on Europa," Shayura says to the Warlock. "I know you're a traitor to the Light." At first, he opens his mouth to speak a denial, but then he tenses and takes a step back.

"It's not that simple," the Warlock says, shaking his head. "You haven't talked to Eris. You don't understand—" The Warlock's words are cut off as Shayura lunges in, smashing the butt of her Sword against his face, shattering part of his helmet and knocking him to the ground.

The Warlock groans, grasping at his face, then looks up at Shayura in vivid anger. "It's not illegal! The Vanguard—"

The Warlock snorts and smiles sarcastically. His body language implies he doesn't respect her power. "I'm not afraid of you. Come on, end the match."

"I'm not here for you," Shayura insists. Now, he feels fear.

Aisha and Reed arrive a moment later, guns raised and ready to assist Shayura. She fights back a scowl at seeing them but turns her attention to the Ghost hovering at the Warlock's side.

Shayura lashes out, striking the Ghost with her Sword and knocking it to the ground. The Guardian opens his mouth to shout a plea, but Shayura quickly draws her Sidearm and plants a round in his forehead. The Ghost chirps, squawks; damaged but alive. She holsters her Sidearm again and looks to the Ghost.

"Shay!" Reed shouts, and she hears him rushing up behind her. She wouldn't be dragged away, not this time. Shayura turns and expels a blast of force from her palm that knocks Reed onto his back. She quickly reorients to the Ghost and raises her Sword for another strike, when suddenly, her legs prickle with the unearthly chill of deep space.

Shayura tries to let out a scream, but her lungs flash-freeze, and crystals of Stasis energy encrust her body. She turns her head, just enough to make eye contact with Aisha and witness the unthinkable. The last person she sees before her world is ice and darkness. Her closest friend, forsaking the Light, embracing the Darkness.

The look of betrayal on Shayura's face freezes in the ice.