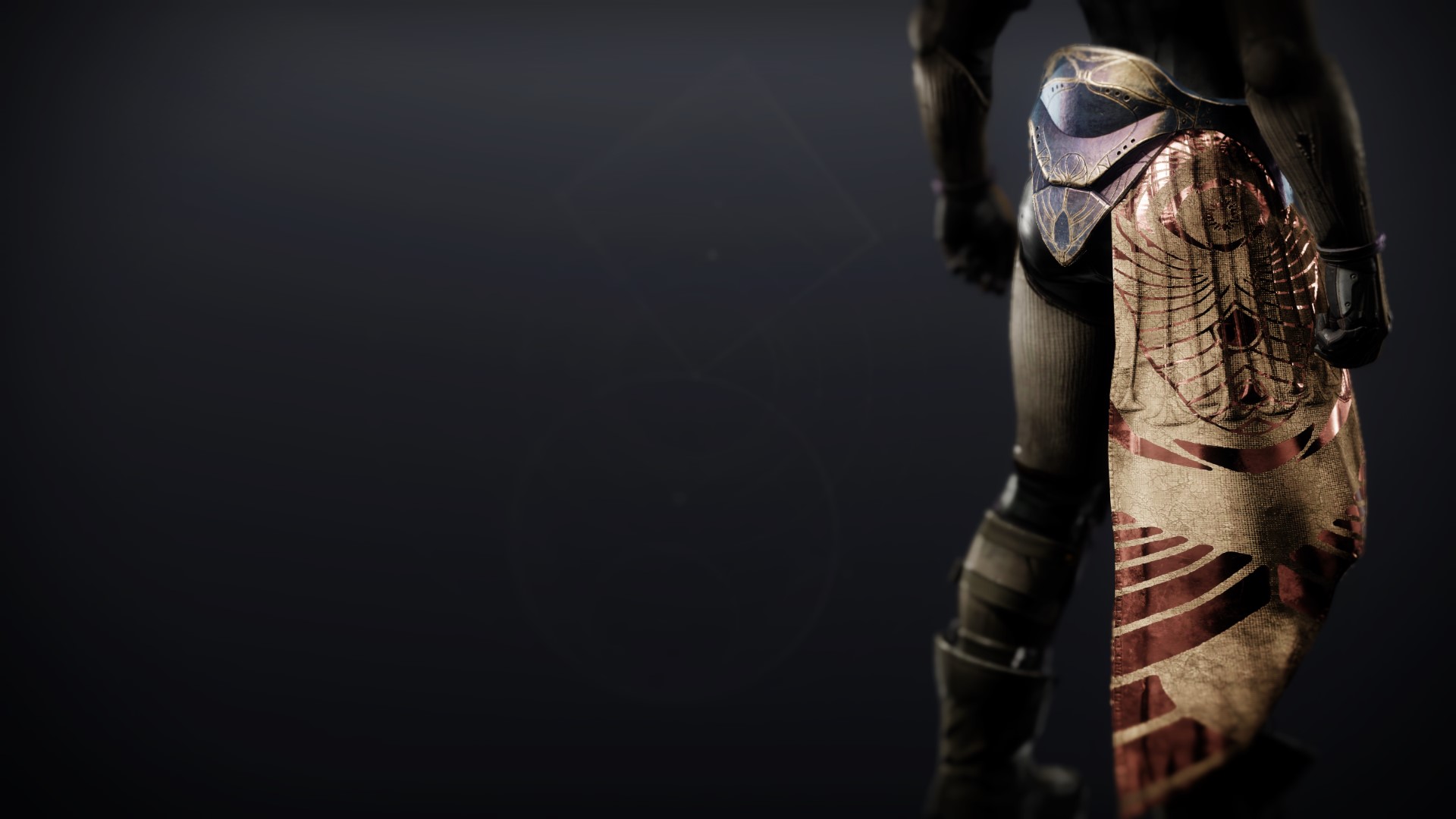 "No matter how strong you are, there will always be a weight too heavy to carry alone." —Reed-7, Exo Titan

"There's still snow in the cockpit of my jumpship," Aisha says after she appears in a crackling wave of latticework from the subordinate Vex conflux now running simulations of the Lighthouse from the safety of the Tower.

"Is that why you're late?" Reed-7 asks in a gently teasing tone. Aisha looks around, spreading her hands.

"She's coming. How long did you stick around the Stranger's camp after we left?" Reed wonders. Aisha looks away at the Lighthouse across the courtyard. He fails to notice the tension in her posture.

"Couple hours. I moved around. House of Salvation was putting down stakes out near some Vex ruins; wanted to make sure they didn't stick," Aisha explains, bringing two fingers up to her neck, depressing a button on her armor's collar that summons her helmet around her head in a flash of light.

Reed snorts and nods. "This is weird, right?" he asks, dropping the topic of Europa. Aisha says nothing in response, waiting for Reed to quantify his assertion. "The simulation. Saint's little… combat closet. It feels real. "

"It is real. I mean, we are. The space is a… I don't know, magic? But me and you? The Guardians? We're all us. The dangers may be simulated, but that doesn't make the effects any less real. Saint wouldn't have it any other way," Aisha says, giving Reed an assessing look. "You didn't go into the Infinite Forest, did you?"

"Hell no," Reed quickly admits. "Couldn't pay me enough to. Can't stand the Vex," he adds with a shudder. "You know how you are with spiders? That's me with the Vex. Don't know why, don't care."

Whatever Aisha was going to say is abruptly cut off when Shayura manifests into the simulated space mid-stride. She walks straight past Reed and Aisha toward the Lighthouse. "Come on."

Shayura's brusque entrance elicits a concerned look between Reed and Aisha, but they say nothing more on the matter.

Reed's shoulder connects with a Guardian on the other team so hard, it breaks every bone in his opponent's chest and sends him straight through the wall. Reed pivots, turning to see Aisha firing her Hand Cannon through the torso of the other Guardian coming up on them with a pair of spectral blades drawn. She's been holding back and Reed can see it, all gunplay, none of her usual fire and flash.

"Where's Shayura?" Reed asks as he reloads his Scout Rifle. Aisha points down a corridor with two fingers.

"She's been after that other Awoken Warlock since we started the match. I think she followed him that way," Aisha says, already breaking into a jog. "It's three on one, c'mon."

Reed shakes his head, hurrying behind Aisha. He remembers what had happened the last time Shayura had broken off on her own. They shouldn't have come back to the Trials, not so soon, not after everything that's happened. Shayura pushed for this, trying to get the fireteam back to normal, but now he worries it was too early.

When they finally find Shayura, she's standing over a still-living Awoken Guardian whose helmet has been broken, revealing one of his eyes. He stares up at her, at her fire-shrouded Sword. Aisha and Reed train their firearms, prepared to back Shayura up if she misses the finishing blow for the match. But Reed senses something is wrong. Shayura's sight line isn't aimed down at the Guardian; it's aimed up at her opponent's Ghost.

Shayura lashes out, striking the Ghost with her Sword and knocking it to the ground. The Guardian exhales a scream of plight, and Shayura quickly draws her Sidearm and plants a round in his forehead. The Ghost chirps, squawks. It is only damaged. Shayura holsters her Sidearm again.

"Shay!" Reed shouts, dropping his Scout Rifle and rushes over to her. This time, though, Shayura expels a blast of force from her palm that knocks Reed onto his back. She turns to the Ghost again, gripping her Sword in both hands, only to feel a sudden stabbing cold rise up her legs and arms.

Reed watches as blue-black ice crusts over Shayura's legs, snuffs out her fire, and freezes her arm solid, Sword and all. Feather-ice bristles off of her body along with waves of visible cold. Reed's focus snaps to Aisha, one hand extended and waves of cold emanating from her outstretched palm. She had saved the Ghost from Shayura, but the power she wields—he knows it isn't the Light.

He knows this will change everything.