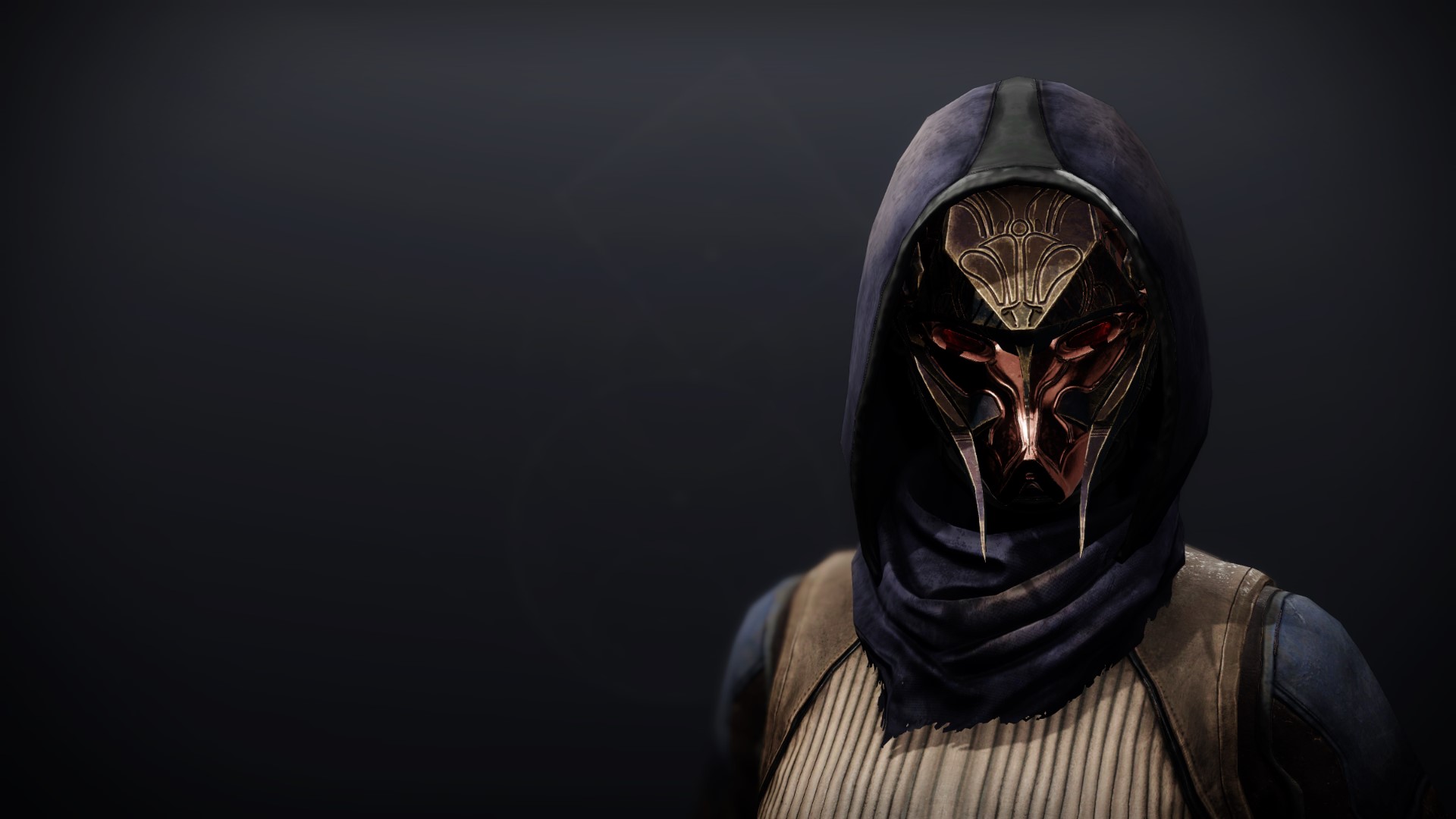 "From the first whisper, I knew it spoke truth." —Aisha, Human Hunter

Flames roll up the front windscreen of a classic AFv2 Octavian on its entry to Mercury's thin atmosphere. Aisha has done this jump hundreds of times. Feet propped up on the console, she allows autopilot to carry her in to the Lighthouse.

"We shouldn't just leave her behind," a woman says over the comms. Aisha motions with one finger to her Ghost, who opens an audio channel back to her fireteam member Shayura's jumpship.

"Not our call, Shay. Agree or disagree, we're a united front," Aisha replies.

Aisha folds her hands behind her head and rolls her eyes toward the top of her cockpit, venting her frustration with a prolonged sigh.

"It's Sloane's choice." They've had this conversation too many times now. "You know how she is. If she's declining evac, there's no force in the system that'll uproot her. Stay, go, it's her choice."

"Eight seconds until we're in transmat range," Aisha's Ghost interrupts, trying to cut the tension. He indicates the directional telemetry on the console with a flick of his monocular blue eye. She gently pushes the Ghost out of her face with a brush of her fingers.

"Leaders make mistakes." Shayura's voice crackles over the comms as the fire of reentry clears from Aisha's windscreen, revealing the sandy geometric mottling of Mercury's surface.

"We're in transmat range," Aisha's Ghost chirps. She waves her hand at him dismissively.

"Zavala doesn't see it. He's trying to do the work of two Vanguard leaders right now. I d—" Shay's words are cut off as Aisha's body discorporates into a whirling matrix of light and energy.

Aisha rematerializes within the exterior courtyard of the Lighthouse. Her Exo companion Reed-7 is already waiting, arms crossed.

"—believe for a minute that's all we could've done!" Shayura finishes as she transmats in an electrical blast. She is incandescent with anger, waves of golden fire lapping at the sides of her face.

"Sloane made her choice!" Aisha shouts, following Reed toward the Lighthouse with as much heated intensity as Shayura. "The commander asked her to fall back and she didn't! Don't pin this on him!"

Shayura pivots to stare at Aisha; the fire building around her discharges in an upward blast. "If he wants to lead, he should be willing to take criticism for his decisions!"

"Hey!" is all Reed-7 needs to say. The bright red Exo shifts his posture awkwardly but stands his ground. Aisha and Shayura are both silenced by the clap of his rebuke.

Reed lifts a hand to the back of his neck. "Can we do this later? Please?" Shayura and Aisha afford each other a brief, tempered look. Shayura puts down her conversational weapons and draws her Sword. She points it at a group of Guardians across the windswept courtyard outside of the Lighthouse.

"Fine," Aisha agrees, reluctantly. Anything to end this conversation.