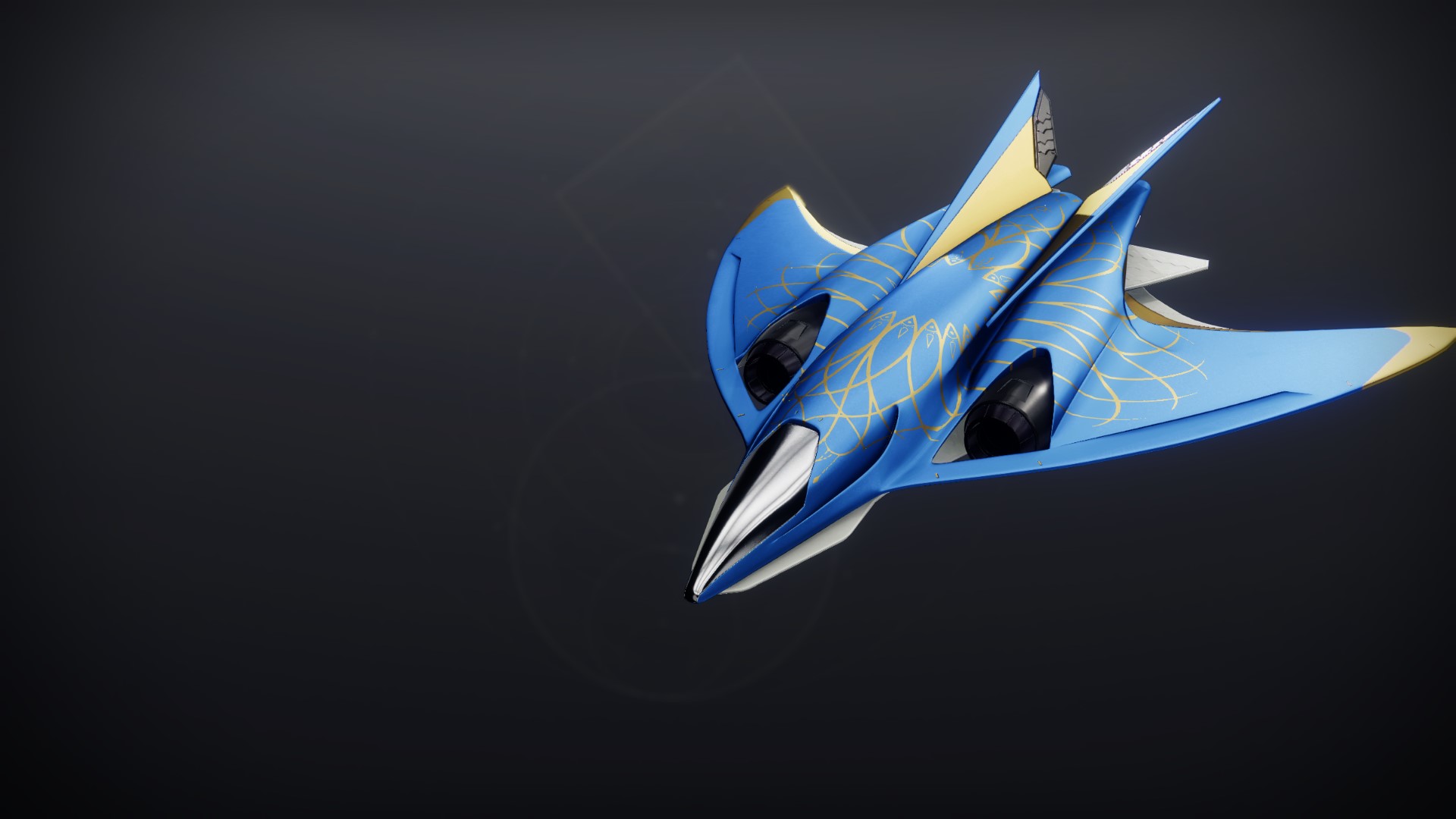 Let no distance come between you.

Artemis-5 slumped in her chair and watched text blink on a dark monitor, the details of her apartment reflected in the glass: shawls draped across furniture, the dirty drinking glasses scattered on the sill, the Traveler looming through a frosted window. Suddenly, the monitor flashed and she fixed her posture.

A brawny, bearded man appeared onscreen, his mouth open wide as he gestured wildly and pantomimed an operatic performance.

The man's shoulders drooped; he leaned offscreen to fiddle with a device until muffled scraping sounded through the feed. "Well, that was unfortunate. You missed my unparalleled vibrato."

"Truly the greatest of the Traveler's gifts," Artemis chuckled. "Why is your feed so dark?"

"Oh, the sun's pretty dim out here; you just kind of get used to it. How are you?"

"Good! Tower decorations are up, and—"

The screen's feed split and an Awoken woman appeared, seated in a pilot's chair. The pale sphere of Europa floated past the porthole behind her.

"I'm late, I know," the Awoken said as she fumbled for something beneath the camera frame.

Xander scowled. "This is why I secretly set your invitations 30 minutes early, Nissa."

"This is why I sabotaged your airlock, Xander," Nissa joked. She sat back and pulled up a small gift box adorned with a purple ribbon. "Ready then?"

Xander raised his eyebrows. "Are you in a rush?"

"Unlike you, I have real work to get back to."

Xander scoffed. "I'll have you know this assignment came from Zavala himself."

"What's he got you doing out there?" Artemis asked.

Nissa snorted. "Simple enough, just understand the workings of our most ancient enemy. See you in a couple years then?"

"Don't say that!" Artemis interjected. "It's been too long already."

"I'll give you that," Nissa grumbled and pointed toward the porthole. "I've had more than enough of this snowball."

Artemis winced. "When can you come home?"

"When this Pyramid decides to piss off or Ikora thinks we have enough data. So, never."

"We'll all be home soon enough. I bet that next year, we'll be doing this in person," Artemis said.

Xander rubbed the back of his neck and grimaced. "You think so?" he mumbled. "Even when we get back, is it going to be the same?"

Artemis sighed and cocked her head to the side. "This isn't what today is supposed to be about."

"Hard to feel festive when we're stranded across the system," Nissa complained.

"And out of coffee…"

Artemis leaned on the table, her elbow resting with a metallic clink as her friends continued to list their grievances. A strong gust rattled her window, and she listened as the cries of a child echoed amid a soothing shush and assurances that everything was okay, repeated like a desperate mantra beyond her door.

"Today makes me thankful," Artemis said, finally interrupting her friends, "for my Light."

"You think this is any easier for the Lightless? At least we have some say over what happens—we can do something about it. Then again, maybe you're content with sitting there and making sarcastic quips," Artemis snapped.

Xander held his palms up to the camera. "Gentle, Artie. We're all feeling it. She's just saying it out loud."

Artemis jabbed a finger towards her window. "There's people in this City hearing the same news, seeing the same feeds as us. All while trying to celebrate today. Just like us. But they're scared. If we can't keep our heads up, what does that mean for them?"

The video feed grew quiet except for the gentle hum of a ship.

Artemis shook her head. "Nobody signed up for this, but we were the ones gifted with the Light."

Artemis heard the wind rip through the Last City once again, and it whistled through the cracks in her walls. "We're the only ones who can carry it."

"Would you really have signed up for this if you had the choice?" Nissa asked.

Nissa toyed with her gift box. Xander smirked and raised a brow.

"A thousand times over!" Xander bellowed melodically. He reached offscreen and grabbed his own gift box, holding it up proudly.

Artemis laughed and grasped her gift as well. "Same time, okay?" A smile crept across her friends' faces, each one focused on the ribbon of their box instead of the millions of miles between them.