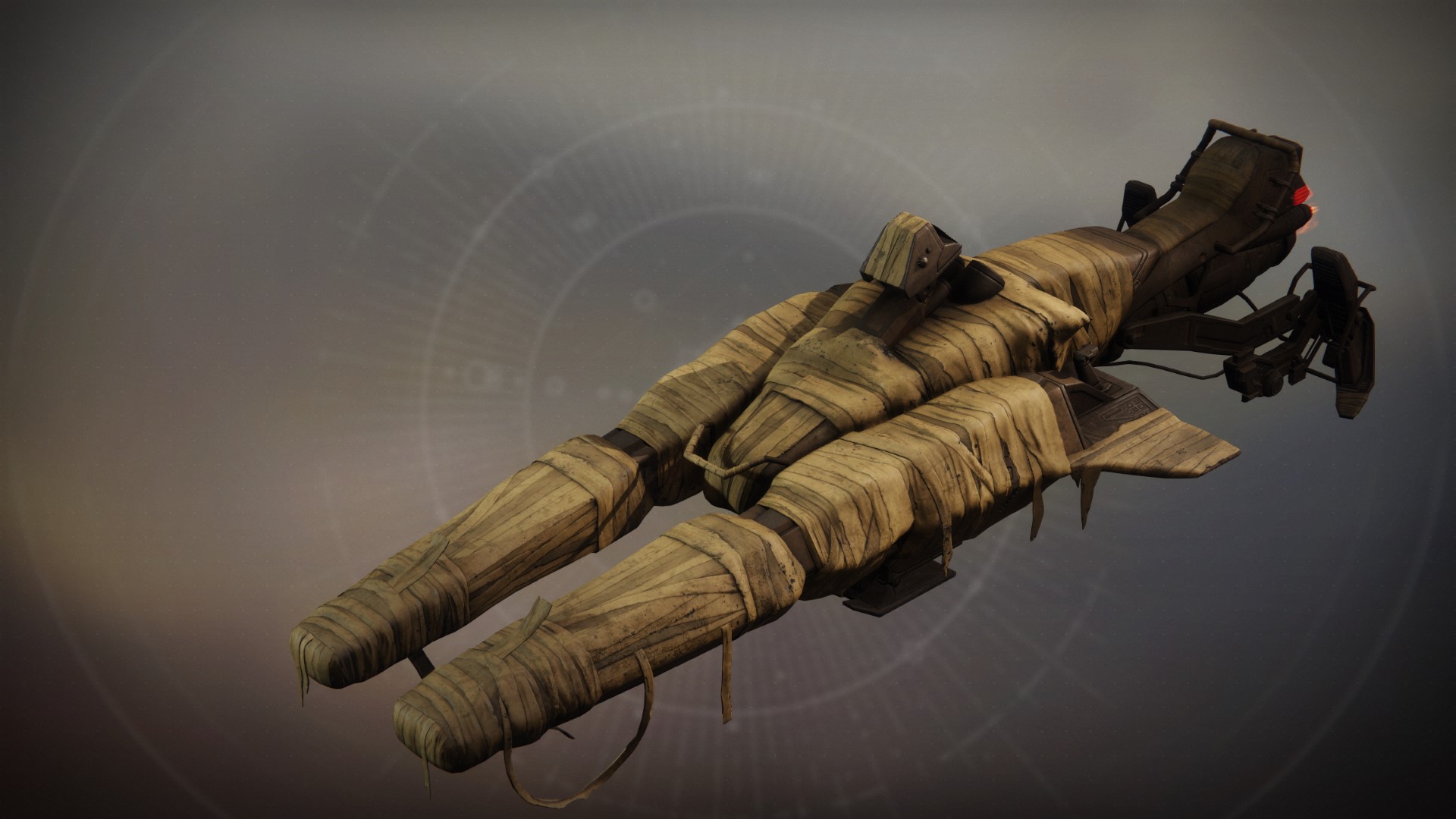 "Do the bandages… make it go faster?" —Ghost

Osiris pushed past a strand of decorative cobwebs as he entered the Hangar. Saint-14 was crouched beside an old Sparrow, busily wrapping it with a long bandage.

"This Sparrow will be terrifying," Saint-14 said proudly, but stopped when he saw the expression on Osiris's face. "Bad news?"

Osiris perched himself nervously on the edge of the workbench. "Their plan is to evacuate the threatened planets," he said. "To flee, concern slaked by only the raw hope that the Pyramids will not pursue. If they do, what we have lost already is little compared to what we are about to lose."

Without thinking, Osiris pulled off his gloves. Freed of the metal gauntlets, his hands looked old. He wrung them together, his fingers worrying at the edges of his ragged nails. "If the Darkness is able to claim Mars… if they take Mercury—"

"Quiet your mouth," commanded Saint-14, and Osiris did.

Saint-14 stood and then moved toward Osiris in two enormous strides. He grasped the Warlock by his shoulders and lifted him to his feet. He took Osiris's hand in his own and wordlessly filled it with triangular orange candies.

Osiris obediently placed a few in his mouth and chewed silently.

After a while, he spoke.

"These are terrible," he said. There was gratitude in his voice.