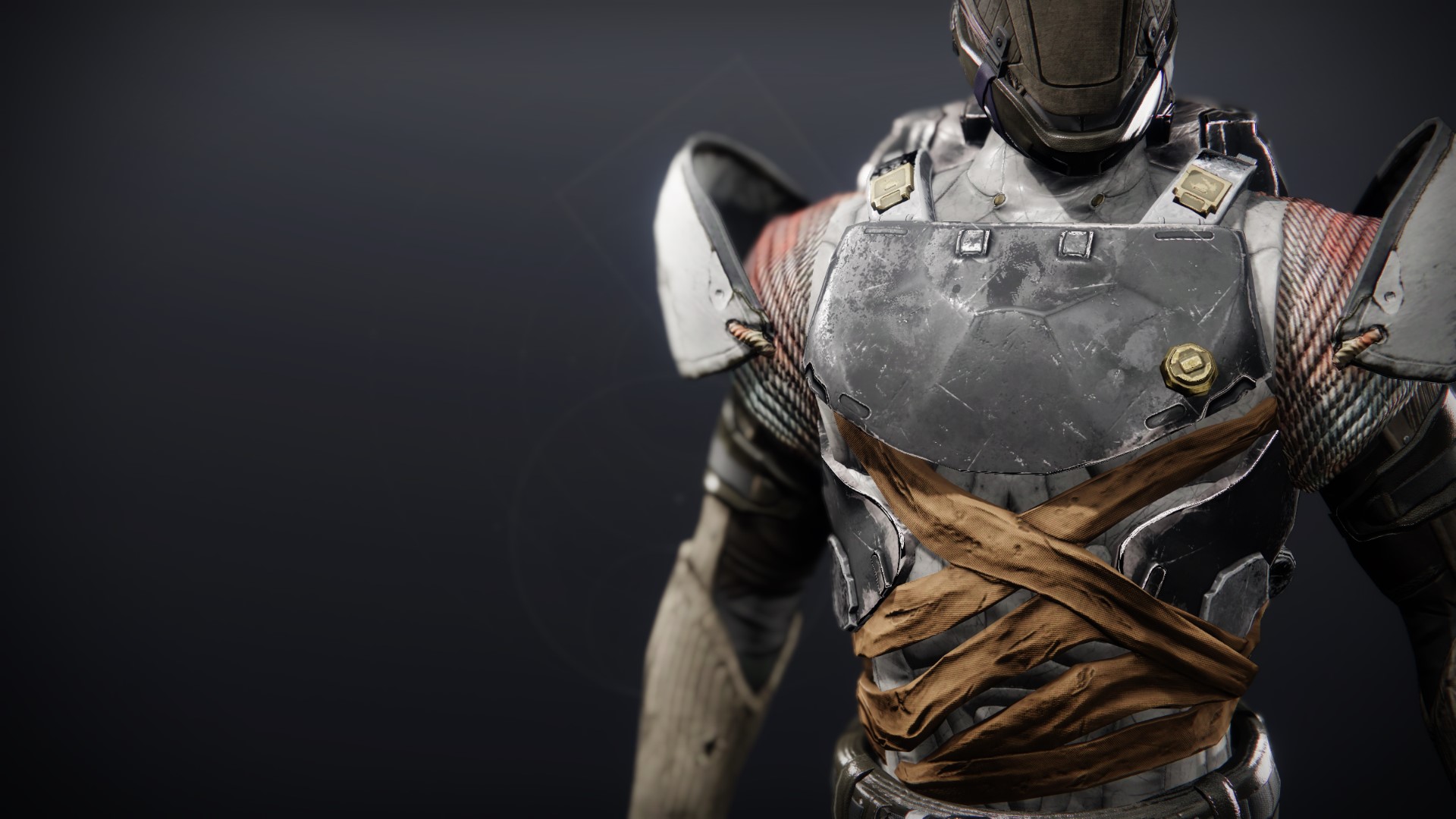 "This thing we were hunting, it was smart. Scary smart. It trapped us in the tombs below Old Chicago; picked off the other fireteams one by one." —Reed-7, Exo Titan

Field holos displayed maps of twisting tunnelways all orbiting one central chasm. Within the nest, a point flagged their objective. Approach markers tracked the most direct path through.

"At ease, Corsairs. This is Siegfried. He is here to assist you in flushing the Hive from this nest and reclaiming our land. Inside, he is in command. My guard and I will hold this forward station. You all know what to do. For the Queen." Petra pivoted to allow Siegfried the floor. "Titan."

"Well met, Awoken of the Reef. The Vanguard stands with you. I am the spearhead. Advance on me and we will prevail." Siegfried donned his helmet. "I will not fail you."

The fireteam embarked, and in the subterranean ever-dark, the Hive descended upon them. Droves of Thrall choked the tunnels as gunfire deluge hammered from behind rallying barricades without pause. Siegfried lit the hollow with brilliant Arc fulmination, and rounds found targets. Claws drew blood and rent armor, but neither Titan nor Corsair wavered. Seven entered and seven stood. With each break in the flood, they took ground under cover of storm.

Siegfried arced through the filth like a deadly spark. Each charge scattered the opposition, leaving only crackling chitin, expended shells, and galvanized ozone.

Soulfire fumes fouled the air as reinforcements phased into ritual circles. Acolytes loped to flank the Titan only to be cut off by Corsair suppressing fire. Siegfried faced down a towering Knight with a man-hewing blade. He formed two flashbangs in his fists and lunged with a blinding combo. The Knight shrieked, narrowly missing Siegfried's head with its cleaver. The Titan launched forward, and the fiend fell to the rolling tempest. Labored breathing was the only sound that remained. The Titan looked to a blocked tunnelway in the floor before them.

Slick Hive excretion lined the chasm ahead. "This must be their sanctum." Siegfried's palm pulsed with Light. The faint silhouette of a Ghost popped in and out of existence. "Yes. This is it. Fall back and form a perimeter. If I don't return, you are to retreat."

Siegfried ripped through the mucus-seal and slid into the dim cavern. Foul fluid trickled from the ceiling in drips and spattered in pools at his feet. A monument of gore writhed before him. Soft tendrils convulsed around a jaundiced grim glow. They grew from the twisted base of an eviscerated Knight—its back and ribs pulled through its split abdomen, bending inside-out in half-completed metamorphosis.

"You vile thing." Siegfried walked slowly, his sight focused on the grotesque shrine. The Knight's eyes followed his every step. He was mere meters from the horror when the earth burst on either side of him. Two Ogres stumbled from chitin-covered sacs he had mistaken for walls. He drew his Invective and with well-placed blasts, dispatched the first. Siegfried turned to the second, but it was already upon him. It batted him into a cavern wall and wailed as energy beamed from its eye.

Siegfried raised a towering barricade just as the Ogre unleashed its hellish gaze. Cracks webbed through the Light wall. Siegfried braced it with both hands. The Ogre shook the ground as it bore down on him. The Titan readied himself to clash, lightning welling in his bones.

Movement in the distance. [CRACK] The Ogre's head snapped sideways from a forceful hit. Siegfried followed the sound to a figure perched in the mouth of a tunnel opposite of him. The Ogre turned and roared— [CRACK] Its head blew back, oozing from a raw wound. Three more shots followed from the figure, bringing the Ogre to its knees. The man looked at Siegfried and performed a small bow. The Titan dispersed his shield and seized the Ogre by the neck. He slammed the wounded thing to the ground and brought both fists down with a bolt of electricity and a killing blow. The Titan turned to confront his rescuer but saw only an empty tunnel.

It was early morning before Siegfried surfaced again. Petra stood stone-still in the camp.

"I retrieved your samples. You should know that anything I removed regenerated…" Siegfried lowered his voice. "…I believe this was a germinal site. Either lady luck is with us, or this was an ambitious expansion off a larger site."

"That line of thinking will be reflected in my report to the Vanguard."

"You've done more than enough for today, Sir Titan. Rest. Tomorrow we'll take the samples to the Techeuns. I'm sure they'll have plenty to say."