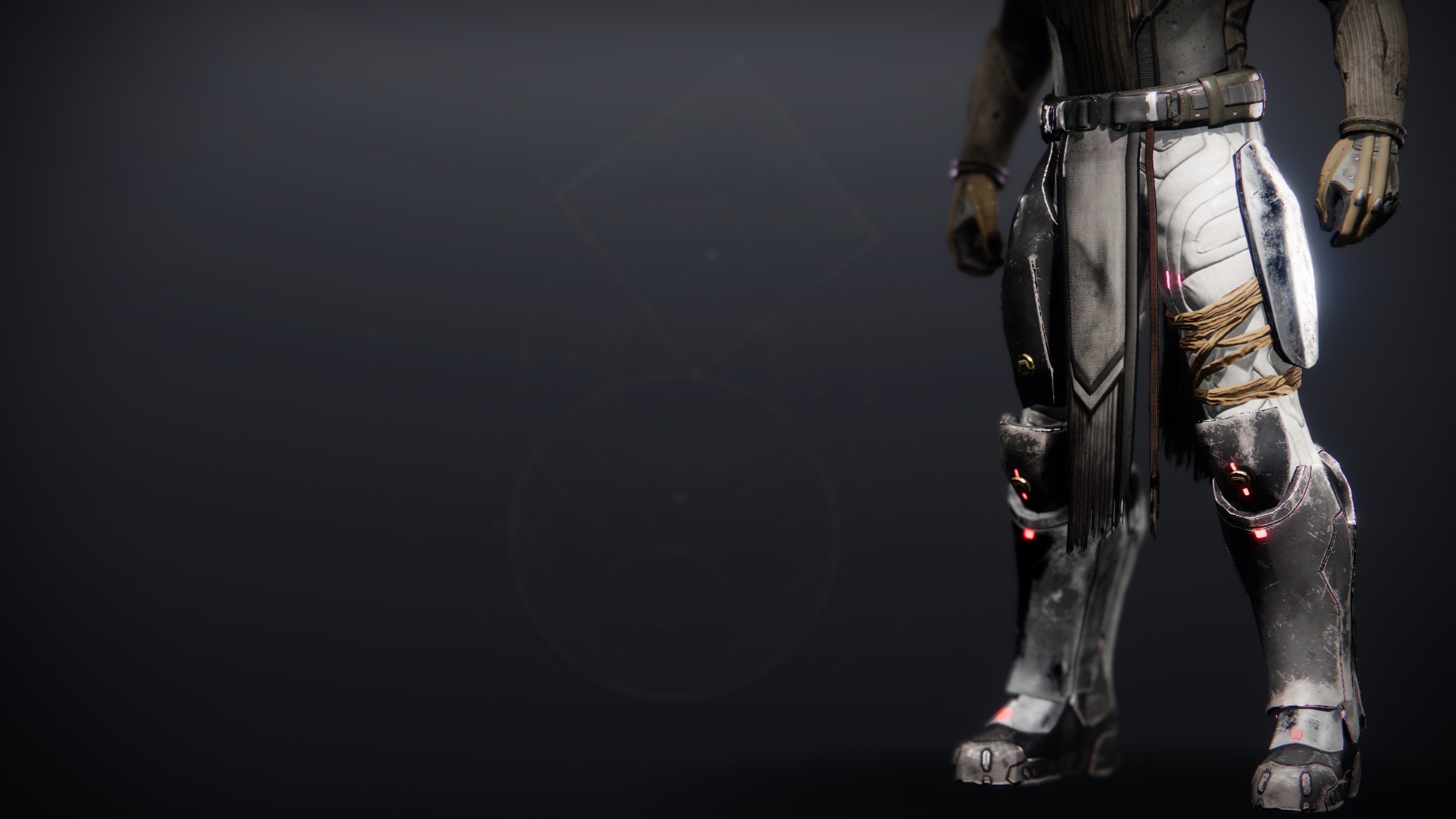 The night felt all too rushed, and morning so soon. Siegfried ached. He couldn't remember the last time he had been sore after a fight.

"Good morning, sir." Siegfried's Ghost, Ogden, hovered over the samples the Titan had taken. "The sorcery these dullards are using is extremely unstable."

"I asked you to stay away from that. It's desecrated." Siegfried swiped the samples into his satchel from the gear rack in his tent. "In truth, I'd prefer you remained stowed until we departed."

"You were not so rude as a boy, you know." The Ghost squinted at his Titan. "When I express concern, Master Siegfried tells me not to fret. Could I not say the same?"

The journey to the Techeuns was silent and uncomfortable. He met Petra in the cabin nose-deep in papers. Hoarse screams buried in the hard-blown fog. The Reef was shifting. She had requested his presence but informed him he would not be allowed inside the Temple. Ridiculous. Why was he here? Siegfried's thoughts were abuzz with distortion. Chaos. He followed Petra's march to the Temple chambers, the satchel of samples gripped tightly in his hand. She must have her reasons. Her secrets. The stairways seemed endless and Siegfried could not shake the image from the cavern. That macabre ritual. He tried to think of anything else.

"Are there any other Guardians operating in this area?" Siegfried questioned.

"Guardians come and go, but I haven't noticed anything unusual, if that's what you mean."

"Nothing you aren't telling me?"

"I have no reason to lie to you, Titan."

Petra stopped walking. The Temple door was only a few steps away. "Is there more?"

"He was Awoken. He bore the Spider's sigil—"

"Where did you see this man?"

"During your operation." Siegfried paused. "He gunned down an ogre in my defense and fled."

"Noble for a Syndicate fly."

"I know you fraternize with the Spider." Siegfried watched her.

Petra looked taken aback for a moment, then composed. "Do you know why spiders build webs, Titan?"

"I don't concern myself with such things."

"They enjoy control. Entrapment. The helplessness. Pulling strings in their small, little corners. Let them be, watched but undisturbed, and they catch other pests. Worse pests." Petra strode forward and placed a hand on the door. "Maybe it's time to check his web." The other held out for the satchel. "I'll look into it."

Siegfried placed it in her hand. "I eagerly await your findings."

"The Techeuns may need your account." Petra smirked to herself, "I give you dominion over these stairs. Stand guard, Sir Titan. Patrol if you'd like."

Kalli, Sedia, and Shuro Chi awaited the Queen's Wrath. They placed the specimens each in a sealed containment vessel. They assessed them one by one. They prepared their minds. Slipped into meditation.

Tooth, blood, and bone from the sacrificial Knight. Coagulated Soulfire. Shaved tissue of the writhe.

A terrace of emerald flame above a red harborFingers reach like blades from distant hollowsTestingProddingTastingBreeding war.

A dream is offered.

RED SKY: They carry a brand in the consciousness of their tissues.

More. So much more.

They witnessed it all.

Petra wished she had not.

Siegfried sat lost in thought, seated on the steps. He didn't like the idea of relying on witchcraft, especially that which he was unable to observe. If nothing else, it could at least be faster.

The door opened behind him. Petra's face showed signs of fatigue. "I'm sorry to keep you waiting. Return to the staging ground. I'll join you in the morning. There is still much to discuss here." She considered Siegfried for a moment. "Tell the Vanguard Ikora's dream had merit. I'll be in contact."

Siegfried sighed and stood. "I see my account of the situation was not necessary."

He felt lighter now, moving down the stairs. Sharp even, as he entered the skimmer. Siegfried wasn't sure if it was the peace of an empty cabin or the security of a troop carrier escorting him. The satchel he had left with Petra. None of his concern. He removed his helmet and took a deep breath. He let his mind drift as he watched the beauty of the Strand pass. The grand gateway above him. The fabled crystalline wall standing against the fog. The wall. Atop the wall. Perched like a buzzard.

Something hovered with him, glinting in the light.

"There he is again!" barked Siegfried. He flung the door open and leapt without waiting for the skimmer to slow. The Titan soared through the air on Light, surging forward in an electrified dash before sliding into a full sprint. He crested the hill above the crystalline wall soon enough. Motion dragged into the shoreline mist. Siegfried pursued it.