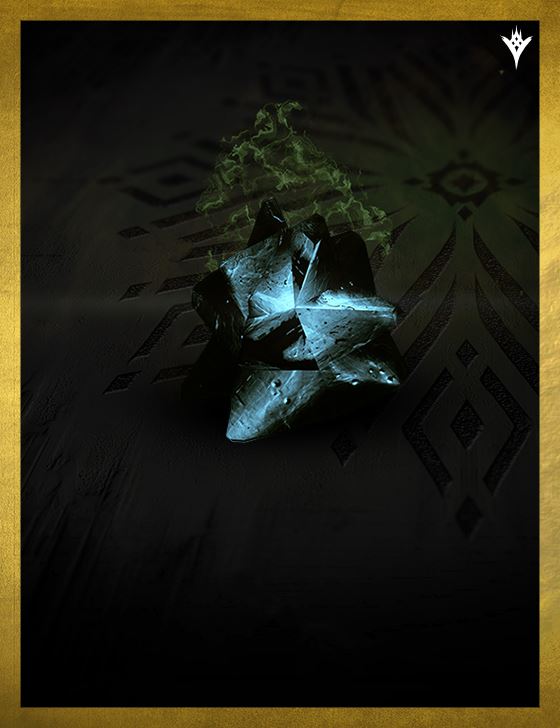 Verse 4:5 — This Love Is War
Xivu upon Oryx —
Uttered by Xivu Arath —
Sibling of Oryx —

BETRAYAL. We have marooned Oryx within the Deep. This is our obligation as lords of the Hive, to make war upon each other, to eradicate weakness and make ourselves sharp.

OBLIGATIONS. Once, I permitted Oryx to kill me so that he could gain the sword logic and overcome Akka our God. This left me trapped deep in my throne. But Oryx my brother made war upon the Ecumene and in that war he described me, for I too am war. Thus I was resurrected.

RESURRECTION. Savathûn and I conspired to strand Oryx on his expedition. But I secretly believe that I will be stronger with Oryx to war against. Thus I describe him.

A DESCRIPTION OF ORYX.

When Oryx looks upon you, you feel that you may vanish if he looks away.

The crest of Oryx’s skull is as long as an arm. In the course of its life, a thought moves from one end to the other. Upon his crest I have painted a line in my blood, so that he will remember me.

Each of Oryx’s fangs has the precision of a finger and the acuity of an eye.

Although he was born at the bottom of the universe, and taught to burrow, Oryx has grown wings. The light of wildfire shines through them. Oryx teaches but he will not be taught.

Oryx’s body is corded with strength. His sinews and his muscles are as strong as his children, and his children are the strength of him.

Oryx wears a raiment of worm silk, made from the caul of gods.

The voice of Oryx may cause two different numbers to become equal.

Oryx my Brother is the bravest thing I know. Upon Fundament he learned that we were the natural prey of the universe, the most frail and desperate of things. He thought about this carefully and he found a way to fix it. He made us strong. He will lead us into eternity.

Oryx my Brother loves me and this love is war.