Categories
Added In
Season of the Splicer (2021.07.06)
Associated Items 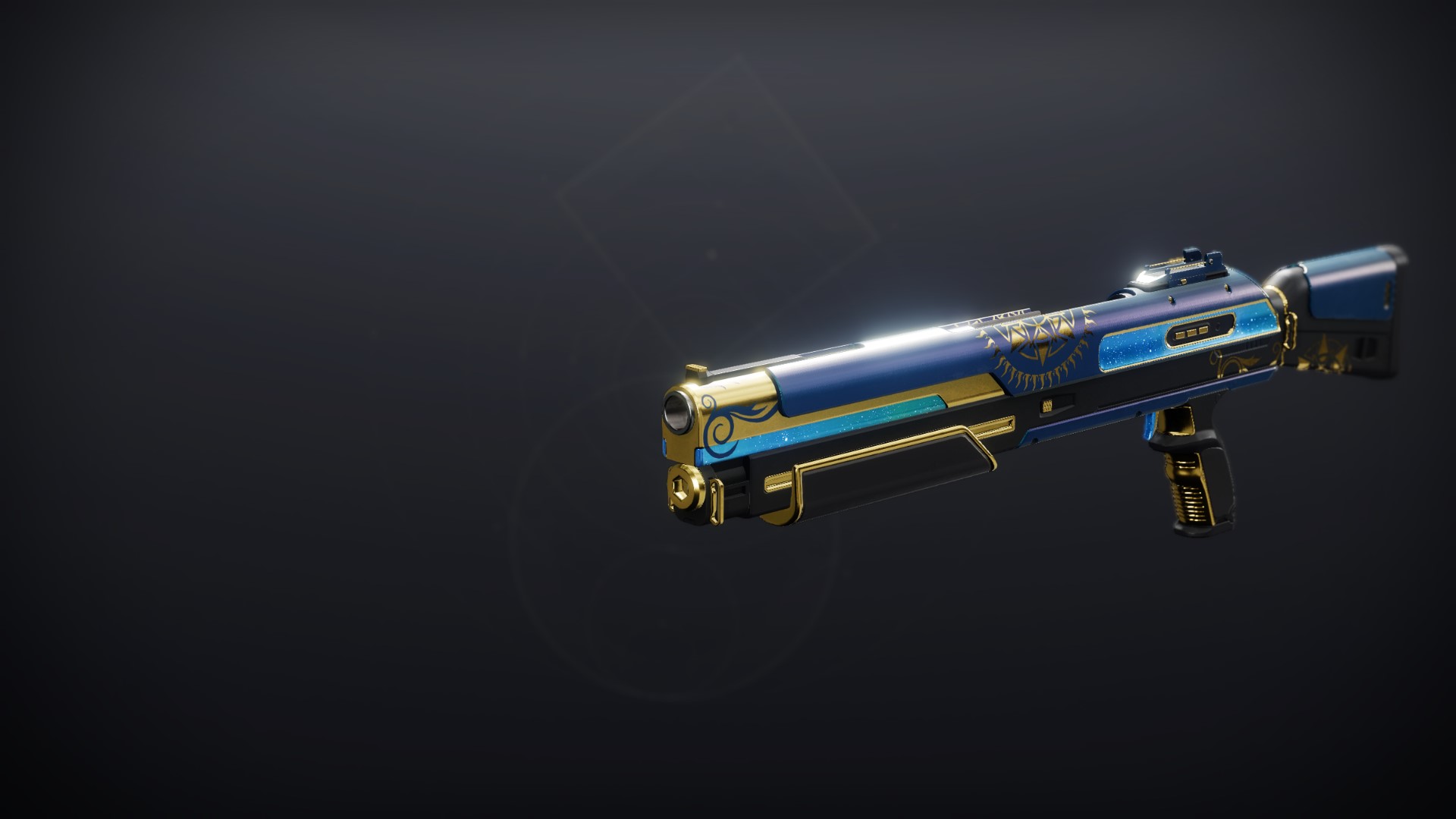 "Let the Light be your compass." —Mithrax

"You should put your gun away," the Warlock says as her Hunter companion strolls into the empty office. A long, appreciative whistle escapes him as he slowly turns and surveys the room.

"The commander's sure come on up, hasn't he?" the Hunter remarks, Shotgun still resting on his shoulder. Then, noticing something on a high shelf, he wonders: "Is that a cat?"

The Warlock gives him a gentle shove into the middle of the room, then slowly urges his Shotgun down from his shoulder; her touch leaves an ice-rimmed mark on the barrel. The look she levels at the Hunter is patient, but thinning.

"I don't recall having a meeting scheduled right now," booms a voice from the doorway. Both Warlock and Hunter turn to face Commander Zavala, the Hunter shifting his Shotgun behind his back as his Ghost decompiles the weapon. He gives Zavala a crooked, apologetic smile and shows his hands to the Warlock in a "Gun? What gun?" gesture.

"Commander Zavala," the Warlock says with a quick chastising look at her cohort. "I'm—"

"I know who you two are," Zavala says as he breezes past them. "I have a call with the Consensus in ten minutes. You have eight of them."

"He's heard of us!" the Hunter whispers to the Warlock, who gives him a surreptitious elbow in the side.

"Commander. First of all, we wanted to thank you for the rescue efforts on Europa. We wanted to talk about the long-term plans regarding Eliksni settlement in the City."

Zavala sits at his desk, his face weary. "There is no long-term plan. Yet."

"You didn't have a plan before putting them in a bombed-out ditch?" the Hunter interjects. Zavala's expression is mixed with surprise and aggravation, but he lets out a burst of laughter—it crescendos in an uncharacteristically jovial manner before dissipating into a sigh.

"I suppose it looks like that," Zavala admits. "This is the territory the Consensus would cede for the time being. But the plan is to turn the area into a community learning annex where the Eliksni and humanity can freely share ideas, culture, and language."

"And they would live there?" the Warlock asks.

"No," Zavala says with a shake of his head. "If everything goes well, they'll live in the City. Wherever they'd like. It's just going to take time to build up the piece of Botza District we gave them, and to make sure the people of the City accept them. The last thing we need is violence born out of confusion and ignorance."

The Warlock and Hunter look to one another, then back to Zavala. "That's… honestly better than we expected. No—offense to your city planning strategies, Commander, I just—"

"It wasn't my plan," Zavala says, motioning to the woman eavesdropping in doorway.

"Ikora," the Warlock says with a respectful incline of her head.

Both Warlock and Hunter look shocked at her presence. Ikora smiles demurely and more fully invites herself into the room.

"When I heard Mithrax's old fireteam had come to the City, I was surprised to see you here, rather than down there with him," Ikora says, though she isn't truly surprised. "Have you given him your regards?"

"With everything that happened on Europa, ma'am, we didn't think it prudent. He's still—there's still raw emotions and—with everything going on right now, it's been hard to connect with him," the Warlock admits, giving the Hunter a concerned look. Ikora regards them for a moment, then nods and approaches Zavala.

"Family struggles can be challenging," Ikora recognizes, her hand on the back of Zavala's chair. "Even with found family. But I have faith you'll find a way to work it out."

She leans over and whispers something to him; the Vanguard commander gives her a look of approval as he begins opening terminal windows for his impending meeting.

"In the meantime, how would you two like to help the Vanguard?" Ikora asks with one brow raised. The Warlock and Hunter cast a furtive look to one another, but both are quick to offer silent nods of affirmation. Ikora smiles, having expected that response, and spreads her arms to herd the pair out of Zavala's office.

"Good. We have a long-range scout operating outside of the City, a newly minted Hunter, and we'd like you two to keep him company," Ikora says as she walks. She glances briefly back over her shoulder to Zavala, who offers her an appreciative smile.

"Who?" the Warlock asks.