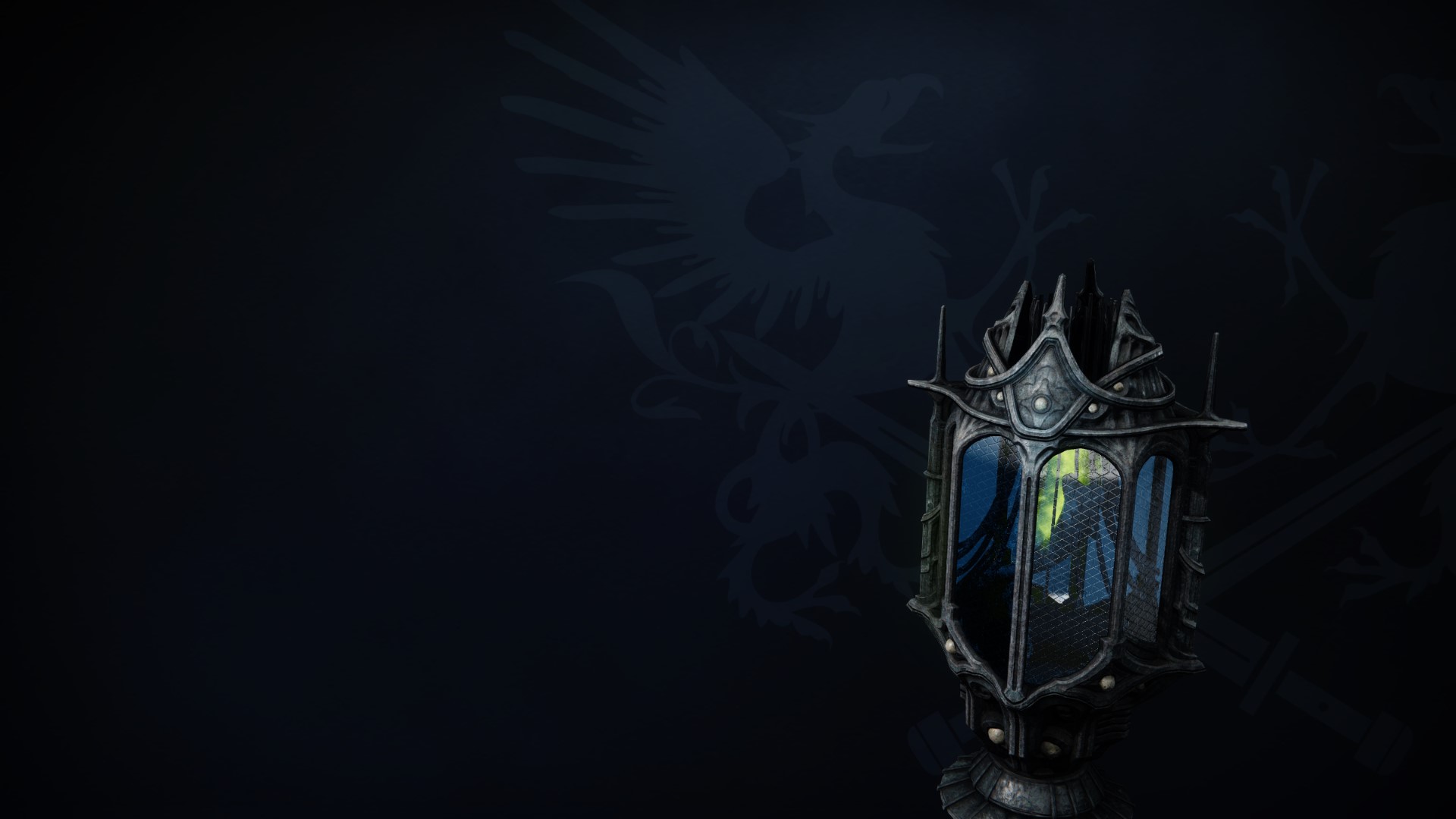 An occult kibisis holding a shed tooth of the Hive god of war.

Zavala, your most recent correspondence came as a surprise; while I thank you and Ikora for undergoing the formality of lifting my exile, I had not expected any additional direction from Vanguard High Command—and so I have not read it.

The zealots that followed me to Mercury have proved themselves useful… twice now, actually. They possessed an artifact in their stores: a Hive fang. Look to the grooves that run along its root. They allow it to break away from the jaw so that another may take its place. The Hive bear resemblance to another predator I found in simulations of ancient Earth. I don't imagine you've ever seen a shark, Zavala, but you would admire their simplicity and single-minded devotion. They are creatures of predatory instinct. Pure, in a way, to know what one is and act on it. They are not unlike our enemy. Not evil, but driven.

You will receive a case. Within it, you will find said fang; it is of Xivu Arath, Hive aspect of war. In my travels, I found similar artifacts ground and burnt upon a shrine buried deep beneath Luna's crust. The shrine reeks of Hive magic, and it is obviously the site of a ritual. I fear that in reaction to our Dark visitors, the broken ranks, left leaderless after Hashladûn's demise, called out to be recommitted into the fold. It is time to act, Zavala. She means to test our vulnerability.

Do not wait in your office for the Traveler to guide you. The City looks to the Vanguard to lead us to something better than fear. Be that leader, and I will stand by you.