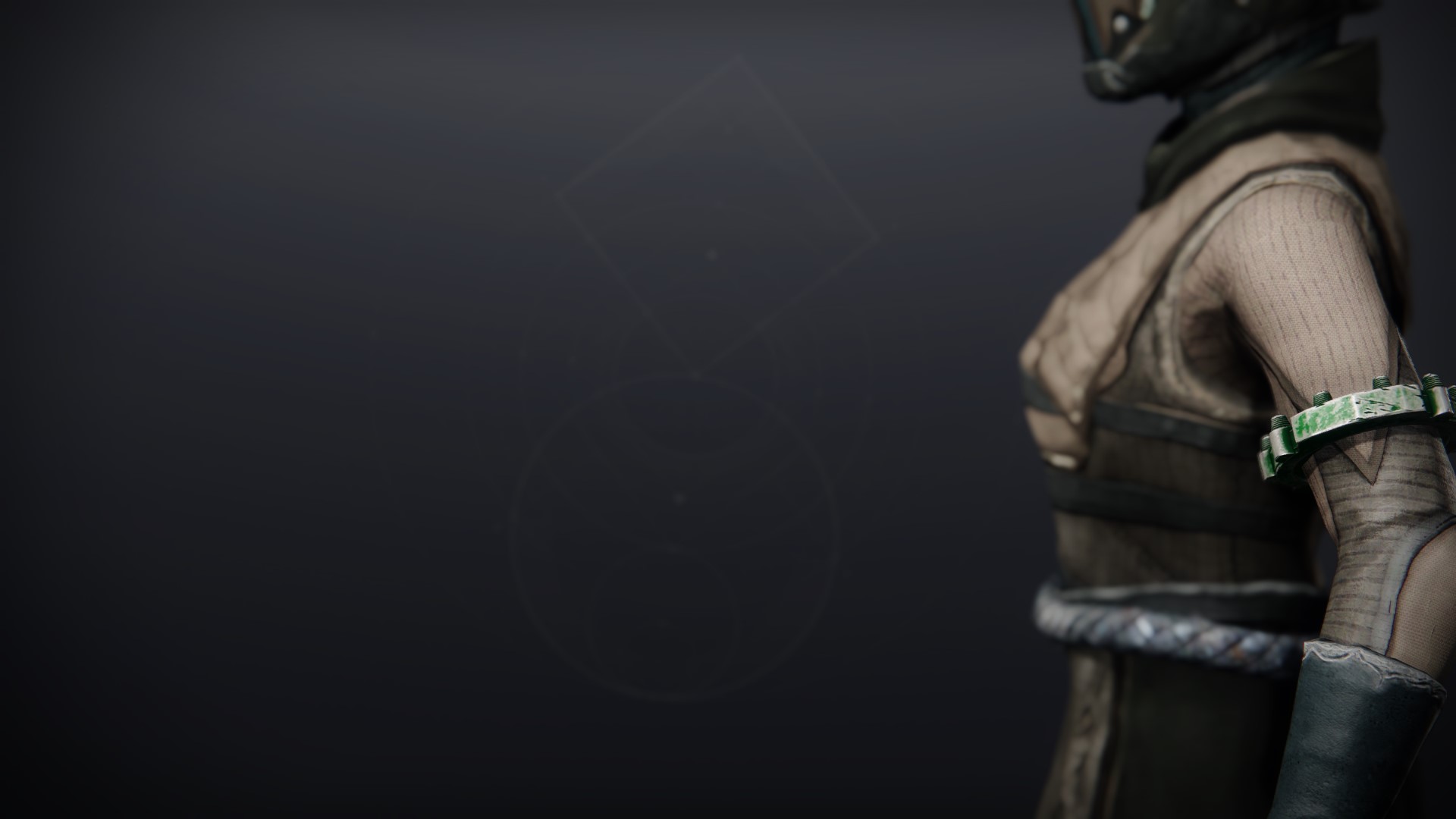 "You want to go where?" Drifter's jumpship idles roughly behind him, the engine misfiring and clattering loudly as if ready to explode. Eris's ship purrs next to it in contrast.

"There is a connection between the points of Darkness. Signals passing back and forth to something beyond." Eris steps closer so her voice carries over the engine noise. "The other Pyramids may provide more context."

The Drifter clicks his tongue and raises and eyebrow. "Sounds a mite dangerous with big daddy Calus parking right over the Moon? Seems off limits."

"Yes, but the Guardian leads raiding parties into Rhulk's Pyramid in Savathûn's throne world. We will use that distraction."

And with that, Eris shoulders through him and trudges to her ship. "Come, Rat."

Explosions thunder within the throne world's Pyramid as Eris and Drifter establish a camp in the sunken bog where Miasma meets the Pyramid's approach. The massive ship eclipses them, towering in fog, the extent of its edges unknown to their eyes.

Drifter's face is stern, clenched with a tension Eris has seldom seen: Trust in one hand, fist full of Stasis in the other.

Eris sets a cloth-wrapped stalk of egregore upon a pyramid-shard jutting from the stinking swamp. She unwraps and neatly spreads the corners of the cloth before noticing the Drifter's footsteps behind her.

"Somethin's watchin' us," Drifter mutters. He turns to his altered Ghost and whispers softly enough to convince himself that Eris cannot hear him, "Keep your eye on her, eh?" Then louder, "I'm gonna look around, make sure that hotshot hero didn't miss any Screebs."

The Drifter's altered Ghost emits a single elongated tone in acknowledgement and then focuses on Eris.

He stops. Eris knows his concern belies a nobility that he often attempts to suppress in favor of the persona of the Drifter. It is a ruddy shield, but she has seen the true him hidden under that that layer of grime.

"You got it." He discharges a Solar round from his Trust that sparks on the Pyramid floor and ignites the egregore stalk. "Back in a flash."

Eris watches him disappear into the swamp, then focuses on the pluming egregore.

Eris sits, exhausted, on a warm cushion in the dirt. The Drifter stands over a hazardously large fire, scooping some sweet-smelling funk of a stew from a cauldron-like vessel of Hive design. Her face scrunches as he places a chunky bowl of thick greyish-brown potage in her hands.

"What'd you find?" Drifter asks, slurping from his bowl.

Eris tests the temperature and flavor of this "food" against her lips. It is something like the stinking brined cheeses Ikora had given her on her last visit to the City, but with earthy depth beneath. Her face curls and she opts instead for conversation. "I was right; they are connected. But now, I only have more questions."

"The egregore connects points of Darkness, resonates with Pyramid constructs, but I cannot decipher their communications. Still… the Lunar Pyramid, the Europan Pyramid, and both Glykon and Leviathan all converse with the same distant point. What Rhulk spoke to, so does Calus. It is… gravely concerning."

"Wild," Drifter says with a whistle. He shakes his head and looks at her full bowl. "You gonna eat that?"

"I…" Eris wonders if he heard her correctly but knows repeating herself is an exercise in futility. "…What is this? Exactly?"

"Pretty damn tasty is what it is. First time I got it right. Thought you'd appreciate someone cooking for you since you, uh… well, you're awful at it."

"Rat, what are you feeding me?" She remembers his hunt earlier in the day, and her stomach turns. Eris stares at the Drifter, mouth agape in a half-heaved gag—her thoughts racing over the things he's claimed to have consumed. "You cooked me rotted Screebs."

"What?!" Drifter chokes on the stew and coughs. "I wouldn't feed you that crap, Moondust." He laughs. "You never had crawdad stew?" He holds his bowl to his lips. "Or a close cousin to it…" he adds under his breath. "Little swamp shrimps, you dig? It's a delicacy!"

Eris reels her imagination in, takes a breath, and sips the broth without taking her eyes from the Drifter. The liquid fills her crumpled stomach with hearty warmth. She feels her stress melt away. The stew's flavor is far more pleasing than its smell. She smiles and drinks again.