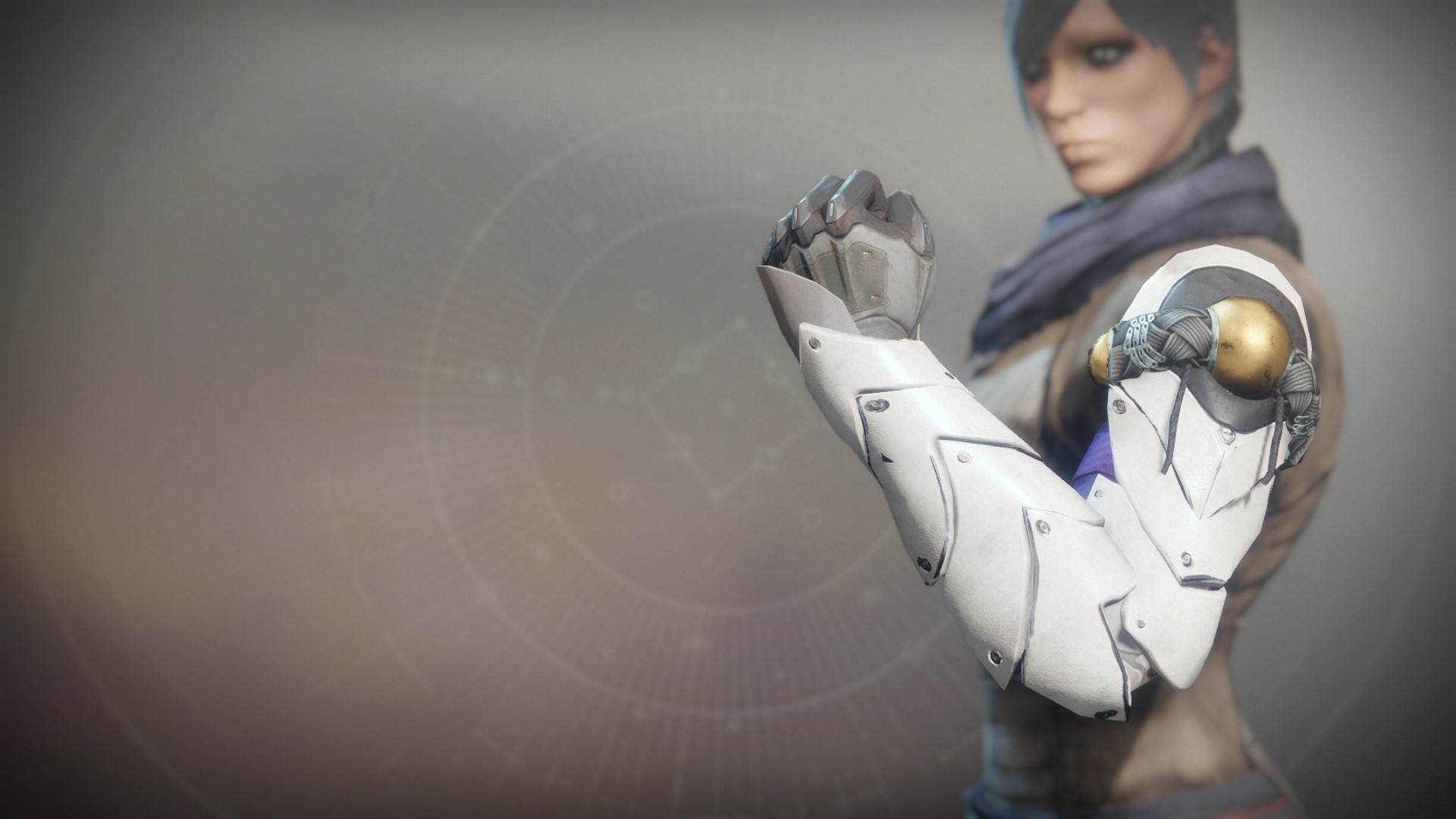 "The Sindu fly like surgeons operate. And the Ace-Defiants are the best among them. Only one Shadowed me." —Emperor Calus

With a flourish, Emperor Calus lifted a hand. "My Star, a gift for you." The theater had begun.

The hangar door opened slowly, and behind it a row of purple banners dropped, one after another. As each banner snapped into place, a Psion fell to hands and knees, head bowed low.

Jarus's shoulder disappeared in the emperor's hand. "Come, let us open your gift." The two walked past the kneeling warriors. "I have named it for you," Calus crooned. "I call it God's Will."

Jarus's chest fluttered. The ship was beautiful. A drum sounded. A Cabal emerged, delicately carrying armor, holding it as if it would break. Piece by piece it was placed on the floor in front of Jarus.

The weight on his shoulder lifted. "This is yours. When you take it, you are mine." Calus left. His procession followed. Only God's Will and Jarus remained.