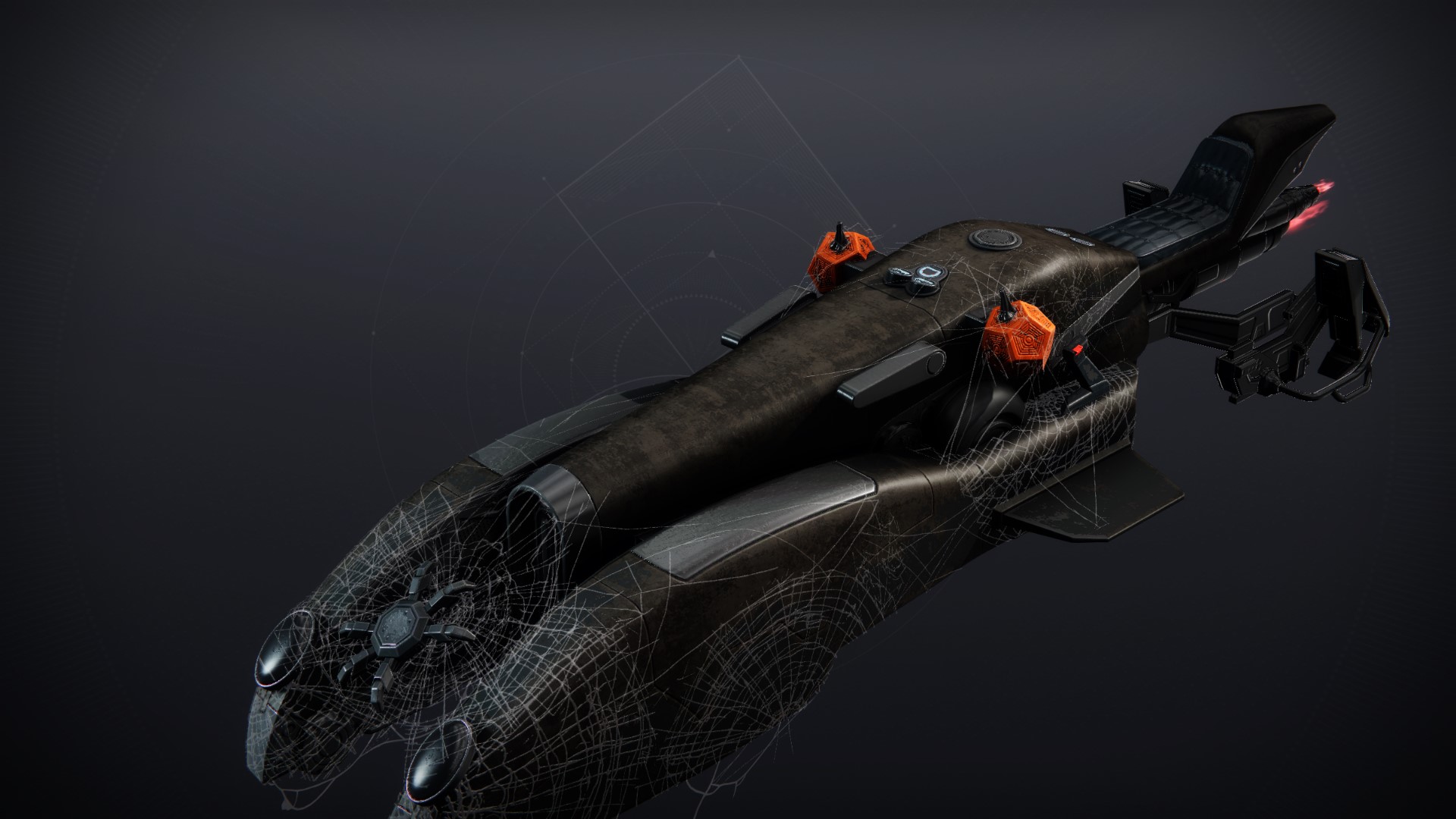 "The line between myth and reality disappears when the myths start shooting back!" —Glint

Glint compiled as Crow made his way down an enormous metal corridor festooned with Caiatl's banners.

They were directed to a room aboard the Cabal flagship; a simple space furnished for guests. When the door closed and they were finally alone again, Glint waited expectantly for Crow's usual candor. But there was none.

"So," Glint finally ventured, "how is it going?"

Crow hoisted himself into a massive, Cabal-sized chair and regarded Glint from the corner of his eye. "A little eye-opening. Maybe even frustrating. Or infuriating. It's… like being in a room of Saladins."

Glint hovered hesitantly in front of Crow's face. "Are you nervous about meeting Caiatl? You don't need to be."

"Why are you being… weird?" Crow asked with a hint of annoyance.

"It's just that you don't really need me here. This is a Cabal battleship—the only thing that could hurt you here is the food."

Crow snorted. "It's really not so dangerous, once you learn to sneak up on it." He paused to consider Glint's position. "You're right, though. Caiatl won't let anything happen to me. It would be a… diplomatic incident."

"So, I was thinking," Glint continued, "that as long as you're safe, I could take some time to do a little research. For my collection of tall tales and legends."

"You mean your stories about the cult of Pumpkin Men?"

"They're called Headless Ones!" Glint chirped back. And then, with increasing urgency: "There have been credible reports for centuries from all over Sol detailing very similar phenomena, without any clear cause or link—"

Crow held up his hand. "The Headless Ones," he said abruptly, cutting into Glint's analysis. Glint backed away slightly and nodded.

"You're not going alone, are you?" Crow asked.

"No. The Guardian said they'd go with me."

Crow contemplated for what felt like a very long time to both of them. When he finally spoke, his voice was small and low. "Just promise me one thing."

"When the shooting starts… remember to keep your head."

Glint's groan echoed through the halls of the battleship.

It was a groan of adventure.

I: Sparky and the Scrivener