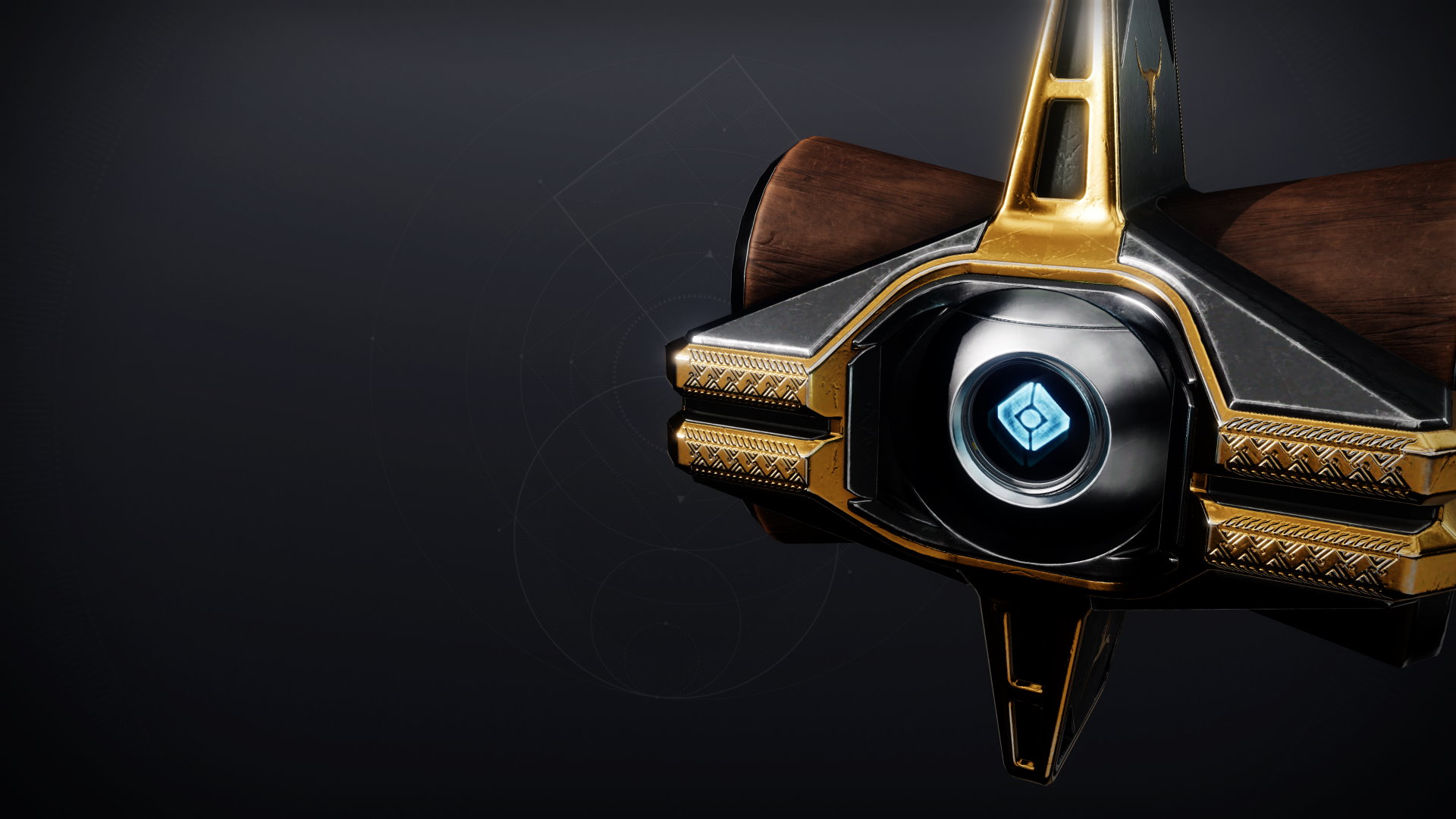 For Ghosts who've delved into the underworld.

"I don't want to do this," Katabasis said flatly. His legs hung over the precipice of a towering Vex pillar on Nessus. Calus's pleasure barge whirred as engines fired to life in the distance. "A job every now and then's one thing…"

Katabasis thumbed the small royal jewel seated in his newly gifted imperial coin. He didn't know if this was an invitation one could refuse, and operating outside of the City's jurisdiction had become more and more lucrative in a time when Consensus resources felt taxed beyond their limit. Without a Hunter Vanguard soliciting reports of his activities, it had become all too easy to slip away on illicit solo missions.

Gilgamesh, Katabasis's Ghost, leered at the Guardian before pivoting to bask in the shadow of the Leviathan. "The trust of an emperor isn't something to squander."

It was a trust Kata and Gilly had fought hard to obtain. Tracking game through the jungles of Venus. Poaching strange quantum jellyfish in the storms of Saturn. Putting down Red Legion traitors—anyone seeking to corral Calus and his loyalists into a paddock for Caiatl's judgment. Katabasis's hunts had always been painted against the grand planet-scape of a wild frontier. He wasn't a fan of fish in a barrel, and he didn't want to become one. Something about sitting in a Cabal cruiser in empty space felt awfully like a sealed barrel surrounded by ocean. Locked in with nowhere to run.

"More like I'm the only one left listening to his ranting." Katabasis pocketed the imperial. "His kid is making him antsy. Probably reckless too. I swear the Reddies we're gunning down are just anyone Calus can find with a name worth taking," he stated nonchalantly.

"Used to be the only difference between Reddies and Calus's boys was politics. I don't mind throwing some political lead downrange so long as it's isolated, but this is the Dark, little buddy. Feels wrong. Feels like something we shouldn't mess with on our own."

"You can accept his offer and crew up, or take your sorry self back to the City and wait for orders from an empty chair," Gilly sneered. "Think of what we could learn. Those wannabe god-slayers chasing Stasis on Europa had one thing right. Power decides the future. We should have been there to take it with them."

"A voyage to the Darkness isn't the story I was hoping to retire on." Katabasis chuckled before continuing. "Or maybe it is… I've been tired lately."

"The Light is getting thinner, Katabasis. I can feel it, sharing space with something else we've yet to tap." Gilly swung around to face his Guardian. "We need something to fall back on, friend. We've been around for a long time. We've always been told to mind our step, stay in the sun, right? But what happened the second we started to choose our own path out in the shadows?"

The Hunter looked to his Ghost. "We got stronger; richer." Gilly had a nose for this sort of thing. Every time Katabasis had listened to him, Gilly had led him to a new discovery: a new power, taught him to wield the Arc staff, taught him to dance through the shadows. These discoveries had their prices, their scars, their lessons… But what are scars to an immortal?