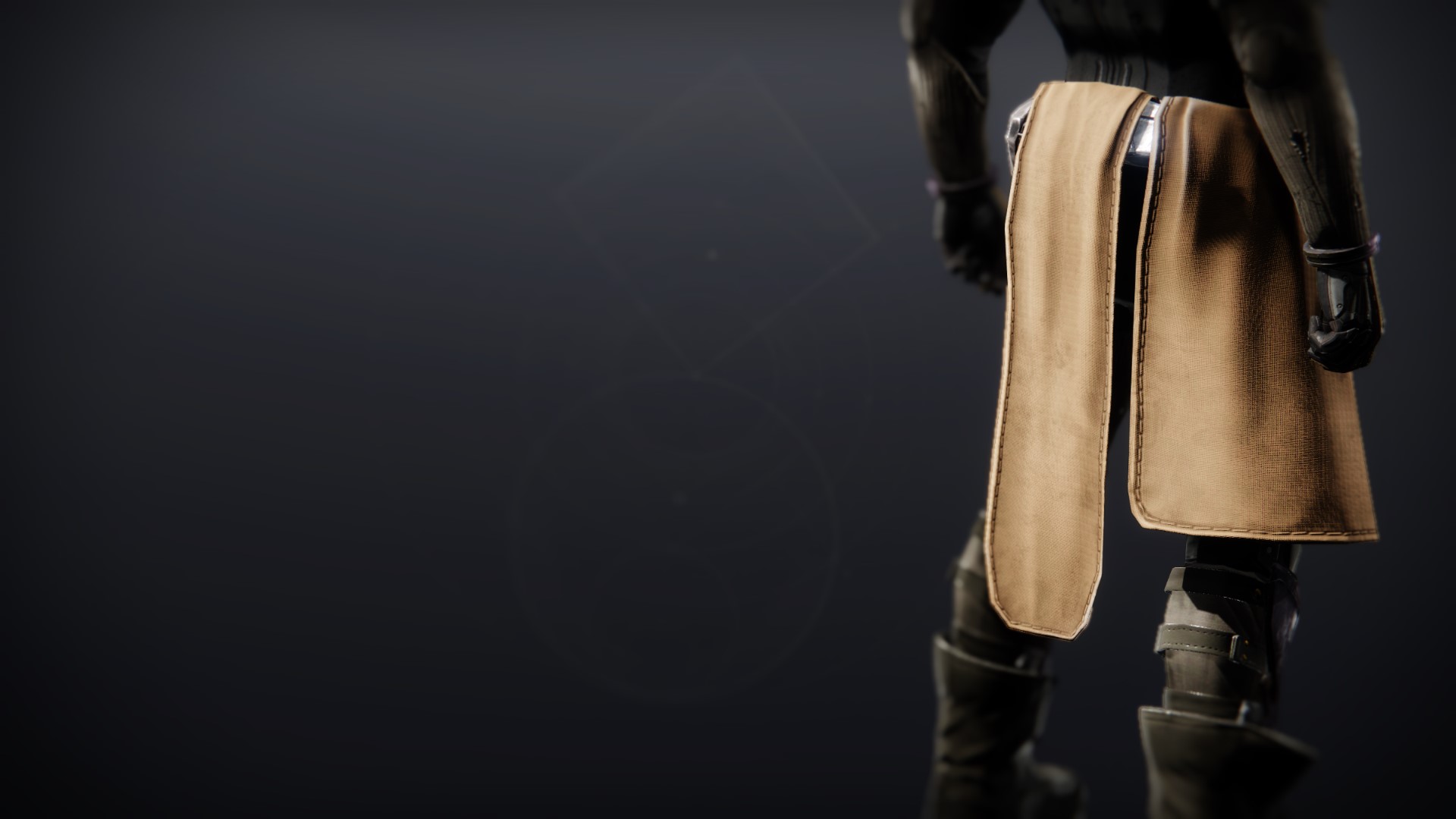 The Titan peered into empty mist.

A barrel in his bare face. A hooded Awoken behind it, with features obscured by a thin shawl wrap from the eyes down. "Stop. Following. Me."

Siegfried raised his hands. His Ghost materialized. "Stay back, Ogden!" the Praxic Striker called out.

"Now see here!" Ogden shouted, "I will not watch two brothers of the Light do battle. Calm yourselves!"

A second Ghost materialized. "Glint. Be careful," whispered the figure.

"We're all on the same side here," Glint said meekly.

A Corsair stepped through the mist, rifle pointed at the hooded figure. "Lay down your arms and come peacefully."

"Crome" spun and threw a crude Solar blade, splitting the Corsair's rifle and slashing his hand. Siegfried moved to disarm; he caught Crome's turning jaw with an electrified fist, but missed the gun. Crome floundered back several paces and dove into the mists.

"What a disrespectful man," Ogden shouted. "That kind of conduct cannot be allowed."

"I'll put a stop to it," Siegfried assured him.

Silhouettes stumbled through fog. Ghosts dematerialized. Corsair radios muddled with chatter. Crome skulked until quiet surrounded him, interrupted by a small burst of propulsion in the mist.

Siegfried was far above him, plummeting through the mist like a coiled storm. Crome glanced upward and took off sprinting. The Striker's fists shattered the ground behind him in thunderous havoc. Crome darted away and twisted, landing on his feet with Dire Promise ready. Siegfried bolted directly toward Crome like living lightning. Each fanned shot from the man's cannon was struck down by bolts arcing from the Titan. Siegfried led with a shoulder. Crome dashed around him and brought Solar flame to form in his hand—

"Too slow!" Siegfried whipped a crackling elbow into Crome's stomach and blocked the counterattack. The Titan delivered a knee to the man's ribs that chained into three lightning-fast strikes across the Hunter's body—ending in a thundercrack blow to the temple.

Crome grunted and struggled to maintain his footing.

Siegfried charged without hesitation, but Crome was ready this time. Instead of retreating, he leapt forward with a searing blade. Siegfried caught his wrist millimeters before the blade made contact but lost his footing. They grappled in the dirt. Siegfried pried the knife from Crome's hand.

"Enjoy that," Crome said, skidding away from the Titan with a kick to the midsection. The blade turned molten and engulfed Siegfried in a fiery explosion.

The Striker rose from the blast-cloud, coughing. "Damned knives…" Crome was quickly disappearing into the mist.

"Enough running!" His voice erupted as he slammed electrified fists into the ground. The shockwave rippled through the dirt and tripped the running Hunter. Siegfried took a step forward. The Hunter rolled to face him, gun red-hot. A beam of Solar destruction sizzled through the mist, clipping Siegfried's pauldron before he could react and knocking him to the floor.

Siegfried could hear the Corsairs nearby. Disoriented and livid, the Titan found his feet, but not his foe. The Hunter was gone. No amount of searching with the Corsairs would change that, but Siegfried kept them looking all through the night just the same.