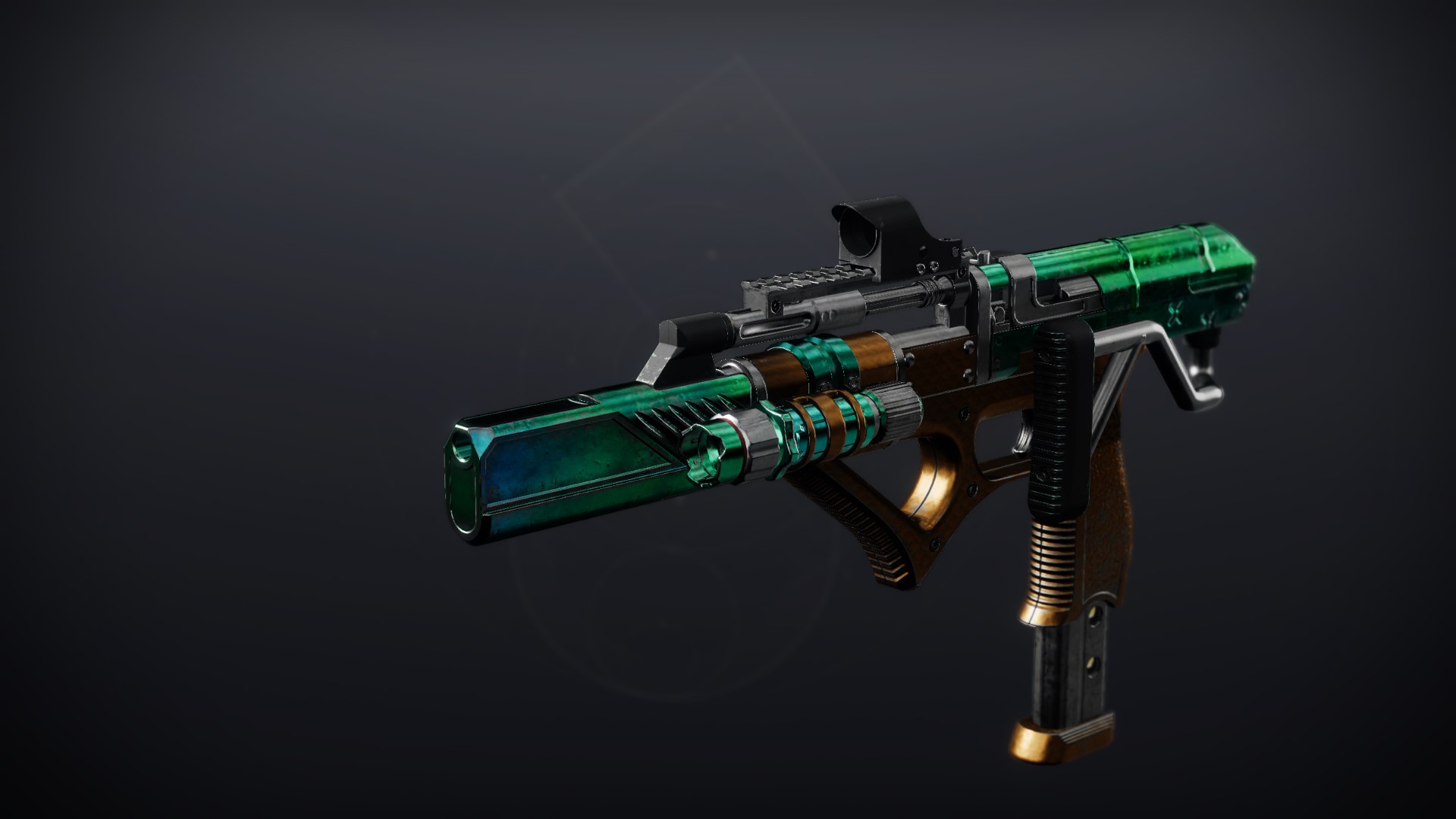 "Give a little, but take a little more." —The Drifter

The Drifter smelled trouble the moment he entered the bar. His first instinct was to turn around and leave, but he noticed the hooded figure standing nervously nearby, conspicuously inconspicuous.

Their hooded cloak was pulled low over their face, but they leaned to the side, intent on catching every angry shout from the crowd of locals in the corner.

"Tell what's-his-name to take it easy," Drifter grumbled as he walked by. "I'll handle this."

"Take it easy," parroted a polite voice from somewhere under the figure's cloak.

"I heard him," sighed the figure, but there was relief in his voice.

As Drifter pushed into the crowd, he noted who was armed, who was shouting, and who was doing both. Most seemed to fit into the final category. He smiled; history had taught him the quiet ones were always the most dangerous.

He reached the center of the tight knot and found three Eliksni sitting at a table, trying to ignore the crowd around them. Undaunted, he pushed his way onto the chair arm of the biggest Eliksni like a feral cat. The Eliksni growled, but Drifter tossed Trust into the center of the table with a heavy thud.

Drifter turned toward the crowd. "What's got you fine folk all riled up tonight?"

"Take it you don't listen to the radio much," someone said, and the crowd laughed.

"Places I like tend to have bad reception," Drifter replied. "Tell me what I missed."

The group all spoke at once, a cacophony of accusations.

"Whoa!" cried the Drifter. "Seems like some of you been spendin' too much time starin' at that fake night." He turned to the Eliksni.

"Now somewhere in this commotion, I think I heard shoutin' of missing equipment. So, I've gotta ask," he said. "You fellas been takin' what don't belong to you?"

The big Eliksni spoke. His voice was deep and steady. "We had confusions with your people. Where was self-supply and where was all-supply." He shrugged. "We learned, and we compensated."

A voice spoke, "Hey, I'm missing an SMG—" But Drifter held up a hand.

"And I don't wanna hear they caught any blame for the big night. I swear, it's like some folk's brains just wilt in the dark. I know Mithrax is workin' with the Vanguard to figure out this whole Vex thing," he said.

The Eliksni seemed to relax a bit, but Drifter held up a finger. "I do have one question of my own," he said.

"We've been fightin' for a long time, your folk and mine. That's no secret. Plenty of blood spilled on both sides over the years. But I hear stories some of you fellas from the old days caught the hunger."

The big Eliksni shifted tensely in his seat as the crowd pressed in.

Drifter leaned in closer, his voice gravelly. "Nasty rumor even says you guys chomped on the occasional toddler."

The Eliksni pushed his chair back and lunged to his feet as the crowd gasped. Drifter stood his ground, somehow staring down the Eliksni that was a full meter taller than him.

Drifter nodded. "But the rest?"

The Eliksni looked at the crowd, then brought his massive head close to Drifter. His voice was steady. "We old ones, we who have been fighting since the beginning… yes. We sometimes took your dead fighters so that we could live."

"It was war," he said, and poked at Drifter's chest with a clawed finger. "And you are made of meat."

Drifter smiled. "I hear you, brother," he said, and looked at the Eliksni's claw. "Hell, you point that thing at me, all I can think is how good it'd taste with garlic butter. Mm-mmm!" He leaned toward the looming creature and ran his tongue over his chapped lips.

The Eliksni sized up the tiny man, then dropped his shoulders. "But as I say, that was long ago," he said. "We are House Light now, and forever more. We have peace with your people."

Drifter reached up and patted the Eliksni's chest. "That's right," he said, and the Eliksni sat down. "And though it don't erase the bad old days," he said as he turned to the crowd, "that don't mean it's time to bring 'em back."

A dissatisfied grumble rose from the crowd. The fight had gone out of them.

The Eliksni shrugged. "Misraaks says we are never to eat people again," he said quietly.

The Eliksni burst into coughing laughter. The Drifter laughed back, picked up his gun from the table, and waved the crowd away as he pulled over an empty seat.

"Now make room," he said. "These fellas were just about to lose at cards."

Bond of the Cormorant Blade