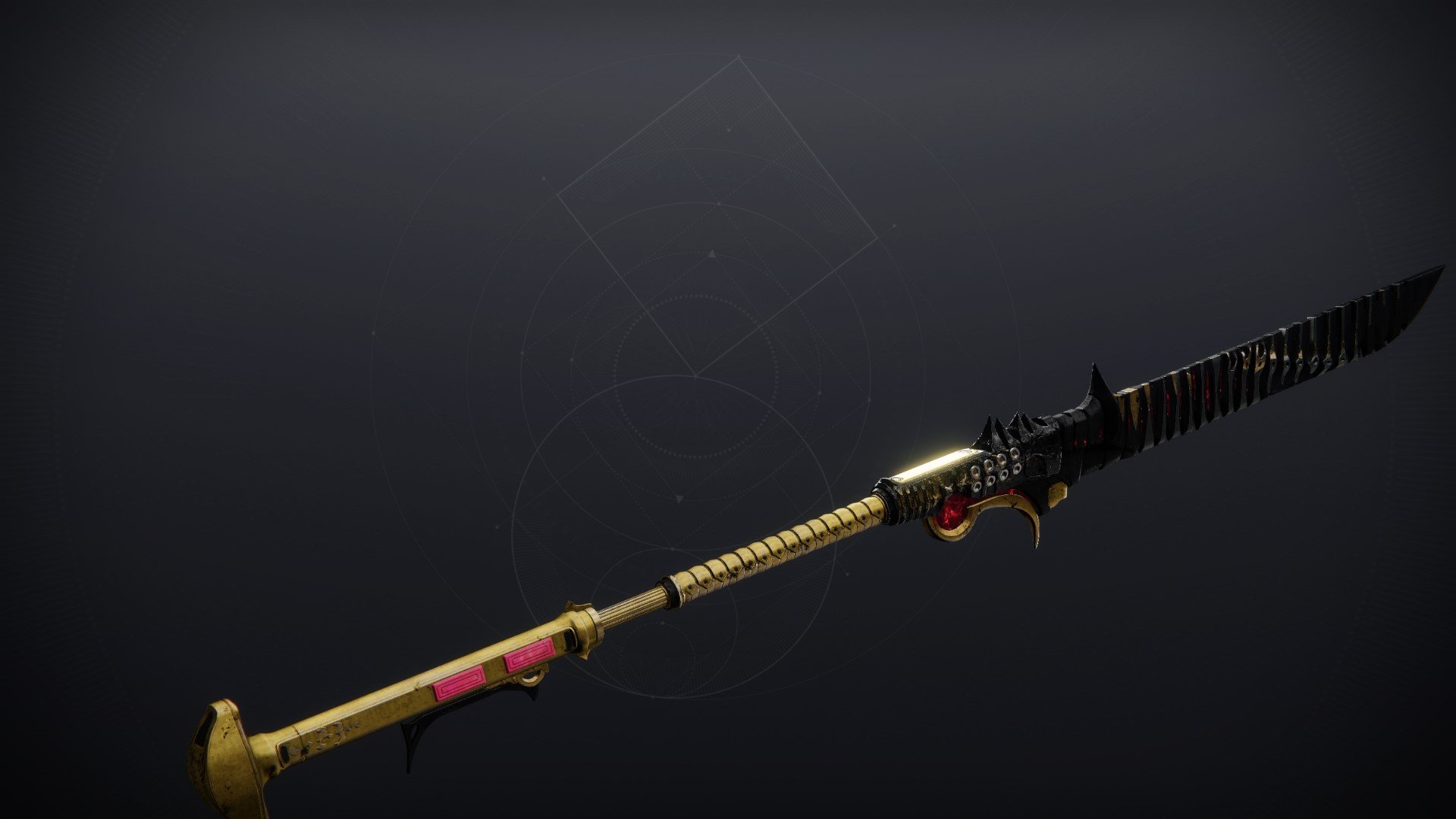 "Rise, Disciple, and bear this gift with pride." —Rhulk, Disciple of the Witness

Wisps of soulfire swirl amid the geometric growths of Stasis that jut from the dusty cavern floor, the sundered remains of Hive Knights and Thrall frozen within the crystals. Detritus of the recent battle crunches under Eris's boots. Ahead, the stark angles of the Lunar Pyramid rise before her; red phantoms hang in the air and shimmer like specks of dust against its enormity. Raising her Ahamkara bone to her lips, Eris blows across its surface as if she were extinguishing a tiny candle. The world around her blurs and bends and then

The heart of the Pyramid. A veiled statue towers over Eris, vaguely feminine in form, though she is not convinced of its apophenian silhouette. She raises her soulfire-shrouded Ahamkara bone again. Stasis encrusts its surface, much as it had years ago when she first harnessed such power.

Eris turns to inspect the vast interior of the Pyramid. It is quiet, it is dead. Not unlike the one in Savathûn's throne world. Her eyes narrow; she clutches the Ahamkara bone in her hand again and

A chamber. It is cavernous, it is dark. Strange, bisected statues of stratified minerals line the cathedral-like walls and culminate at the far end before a yawning opening that empties into perpetual nothingness.

On the floor, a length of unidentifiable metal caked in centuries of dust catches her eye. A glaive. Eris lifts it into her hand. Striations of red illuminate on its surface and throb like a heartbeat. The glaive's power feels faint—distant—and yet, an ember of something terrible still burns within.

"Where are you?" Eris whispers into the air.

There is no reply.