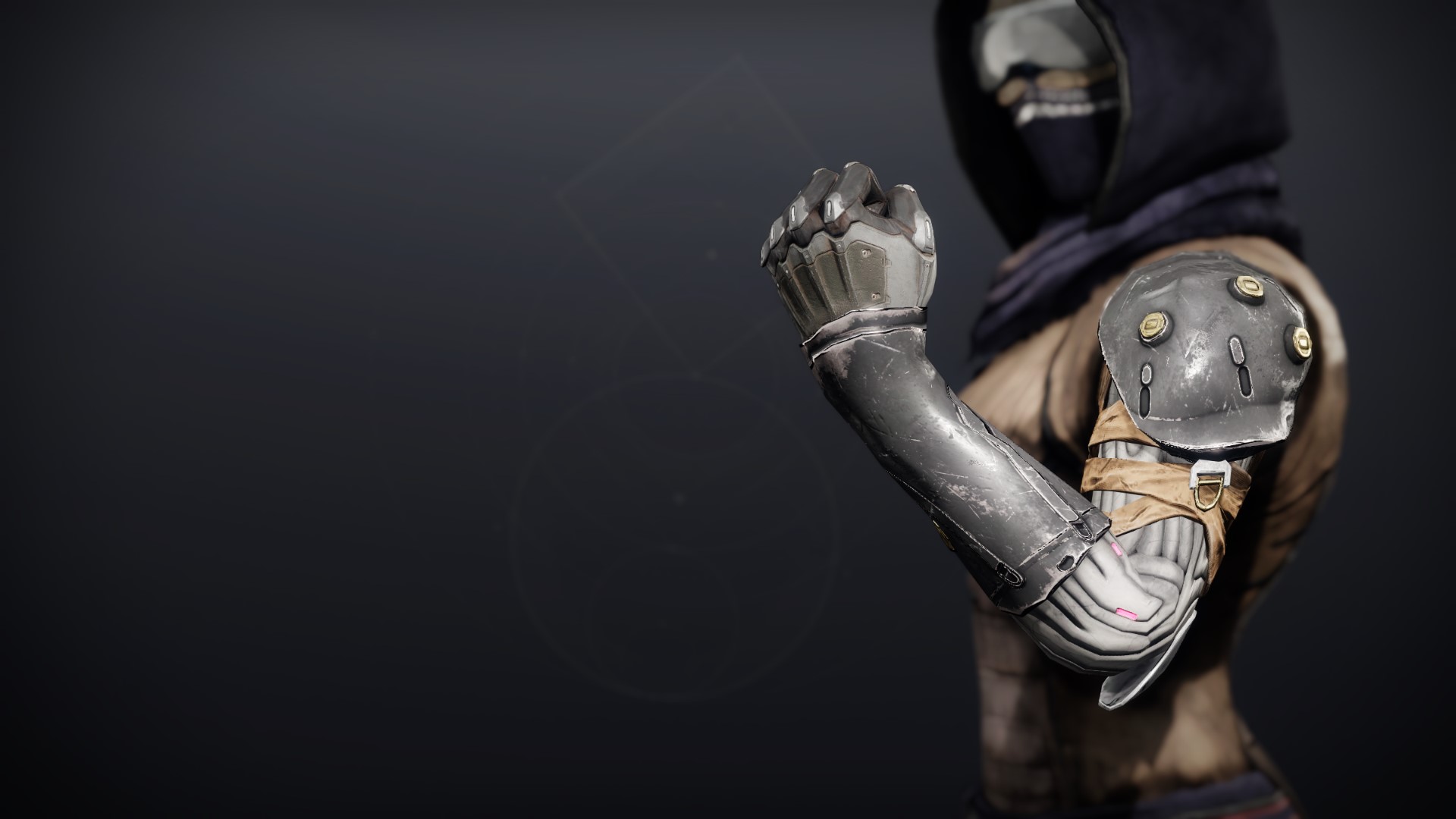 "Not sure I needed you two to find this." Gaelin-4 dismounted his Sparrow. He pulled down his hood and drew Transfiguration to his eye. The cindering wreckage of an exploded ground transport was marred with dull green spinnerets of thin smoke. Warped metal littered the site, which consisted of a compacted road surrounded by craggy outcroppings of rock. The transport itself was pried open and half-full of melted slag. Cooling runs of igneous magma drooped through still-molten floor of the transport. He surveyed the frantic scuttling footprints throughout the area.

The two Fallen with him cut their Pike engines and sat waiting for the Guardian to make a move. Each Pike toted a small package of supplies: Nivviks with Lure and extract. Vynriis with Ether and extra ammunition cells. Both carrying multiple Web Mines.

Gaelin-4 slung his rifle and looked to the Fallen. Nivviks gestured forward with his dominant arms. "After you, yes?"

The Exo made his way into the site. The two trappers followed.

"How aggressive have you made them? Anything that would incite the Wrathborn to move away from its shrine?"

Nivviks pried an eye from the frame's socket and pocketed it. "Insight? No, recorder is broken." The Fallen chittered with laughter and let the head clunk in the dirt.

Vynriis snickered. The Exo was not amused.

"It's an oddity to stray from their shrine, savvy? Something drew it out." Gaelin looked to Vynriis.

"Yes, but," Vynriis formed the words with care, "territorial expansion."

"Not so set in ways as Guardians," Nivviks said, walking passed Gaelin-4. "Age makes them bolder—it would seem."

Gaelin ignored the preceding remark. "There are newer retreads in the tracks," he said, tracing freshly overturned dirt against old torrefied patches. "It has returned before. It will again."

"Oh? The Guardian thinks this?" Nivviks looked to the transport's melted chassis.

"The Guardian does. Predators mark new territory with a kill. It'll be back; make sure no one challenged their claim. Try to keep up, Spiderling."

"I will." Nivviks craned his neck to peer into the burst transport. "Soulfire, I smell it."

"Is that what your boss was transporting? Could have caused the explosion."

"No," Vynriis's response was quick and sharp. "Exotic flora."

"You speak too freely!" Nivviks chastised her in Eliksni. He quickly contorted his face into a smile toward Gaelin-4 before switching languages. "It is private matter, yes? Sensitive. No questions."

"Motive is important." Gaelin's eyes flicked between the two Fallen.

"No. Only capture is important."

"Fine. At any rare, no flower survived this." The Exo knelt in the dirt and unfurled his fingers into an open palm. "Old blood here, but no bodies."

A Ghost materialized and silently scanned the stained ground. "Fallen. Traces of Ether and… Cabal oil?"

Gaelin turned to his escorts. "There were associates on this convoy?"

"Always…" Nivviks eyed Gaelin's Ghost as it dematerialized into the Exo's hand.

"Rumor is Calus has a ship snagging Scorn from the Reef. You're sure it was Wrathborn?"

"Cabal're just as susceptible as you are."

"It would seem, yes…" Nivviks crouched near Gaelin.

"Camp?" asked Vynriis as she joined the huddle.

Gaelin nodded. "Build a fire… and plant the Lure."

"Trap instead?" Vynriis looked to Nivviks. "Why we're here. No surprise with fire."

"Let me worry about that. Just build the fire."