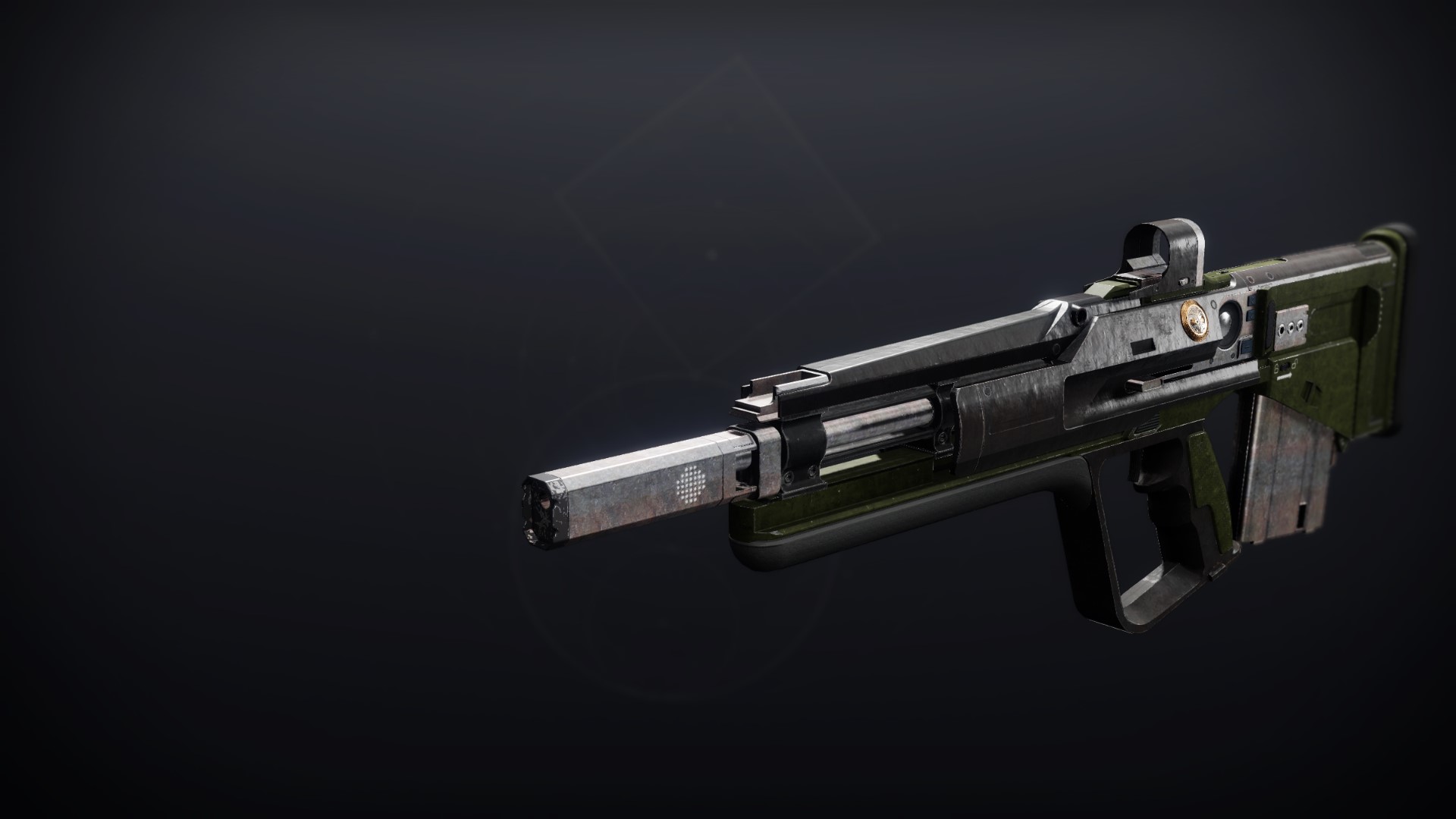 Forged in honor of Silimar, and persistence in the face of impossible odds.

A cold wind whipped Lord Saladin's cloak as he reached the bottom of the stairwell and entered a small courtyard carved in the side of the Wall. The orange glow of the Last City poured through the arched windows, washing over the room's contents: leafy ferns, decorative pillars, a dried-up tiled fountain; and Commander Zavala, seated at a small metal table against a wall. Saladin approached his former apprentice.

"Wouldn't your office be more comfortable?" the Iron Lord asked.

Zavala smiled faintly. "A different field for a different kind of battle."

Saladin took a seat at the table. "Quaint."

Zavala grabbed a woven blanket from his lap and offered it to his mentor.

Zavala smiled and tucked the cover under his chair, turning his attention to the lacquered wooden board in front of him. Etched lines formed a grid on its surface, and a pile of white and black oblate stones rested nearby. "Shall we?"

Saladin picked up a stone and placed it on the board. Zavala followed with his own move, and the game was on. They sat silently as pieces continued to be set and removed. The board became crowded. Saladin held on his next turn, methodically scanning for options. He eventually grunted and waved in resignation.

Zavala hesitated before he answered, fidgeting with a stone. "Your dissension on Caiatl has been frustrating, I will admit."

"You were expecting an Iron Lord to remain silent?" Saladin asked.

Zavala sighed. "I was hoping an old friend would respect my position."

"Titles are implements," Saladin said. "What earns respect is how you use them."

Zavala smiled. "And how should I use mine?"

"To meet Caiatl head-on, and cut her down," Saladin said. "A decisive action for a decisive victory."

"You desire another full-scale war with the Cabal? To chase them through the black gulfs?" Zavala asked. "How many will die on this crusade of yours? And what will you leave behind?"

"You would wear those sacrifices as accolades, but I see them for what they are," Zavala said firmly. "Consequences of my failure."

"It's easy to judge from your plush command center," Saladin growled as his demeanor soured. "But someday soon, you'll find yourself in a position with no easy way out. No victory on the horizon, no clever escapes. Nothing but a disaster and a choice of who pays the price."

"There are more currencies in war than the body count," Zavala said gravely.

Saladin looked out at the glimmering lights of the Last City. "Maybe so, but you don't always get to choose. Sometimes the exchange is decided for you. Sometimes you're stuck on the other side of the door while your friends burn."

"Not nearly as many as you will," Saladin answered.

Zavala sighed and placed his arms behind his back. "I am sorry I have been such a disappointment to you."

Saladin shook his head and stood from the table. "You've exceeded all my hopes, Zavala. But you are still not what you could be, and not what we need."

Zavala stood as well. "Be that as it may, I am still your commander, and what I need is your obedience."

Saladin smirked. "You know better than to try to tame a wolf, old friend."

Zavala stood, unmoving, and held his gaze on the Iron Lord.

Saladin sighed. "We both oppose Caiatl's terms. That should be enough." He turned to leave, but the commander placed a hand on his shoulder.

"It is good to see you outside the confines of duty," Zavala said. Saladin nodded, then paced away.

Zavala sat again at the table, studying the result of the game as the Iron Lord's footsteps faded.