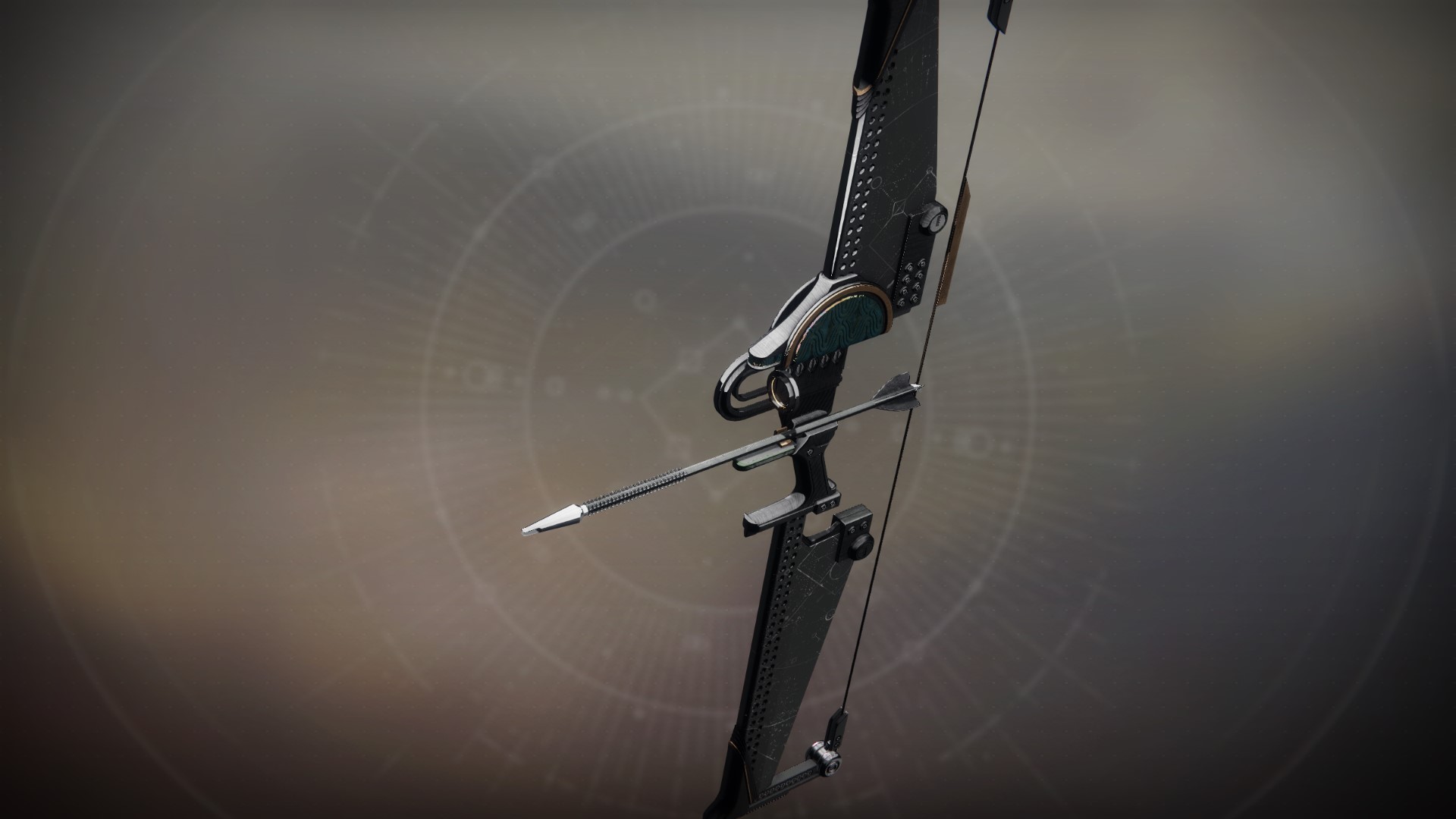 It sings of sorrows that have not yet come to pass.

Eris Morn walks with slow, silent steps toward a haggard Drifter shoving small bags into larger ones. Dim and exhausted Motes lie scattered throughout the Derelict, slowly evaporating. She retrieves a Mote from the floor and shines her burning light over the cracked surface. The light struggles to leave the cracks. She lets the disintegrating Mote drop and shatter into dust against the floor grates. It chimes like resonate glass.

The Drifter whirls around to face the noise, almost losing his footing. He lets his hand slide off his holstered Trust as recognition washes over him. "Ain't anybody ever tell you not to skulk? It's rude."

"Noted. Are you vacating?"

"Road trip. How'd you get in here anyway?"

"The airlock was open."

"If I said I were here to run in your rat race, would it change your tune?"

Eris drops her shoulders and approaches the Drifter. "I want your help."

"Uh huh." His brow furrows with suspicion. "Why? Didn't you save the universe yet?" Drifter turns back to shoving bags in bags.

"It seems to be continually in peril. To be honest, I'm not sure I've helped."

Eris hands him a bag. "I need your knowledge."

"I have had some troubling experiences as of late."

"I need to know," she says and hesitates, half-hearted restraint preceding sacrilege. "Tell me how to interpret the Darkness."

"Do not ignore me," Eris says. Her voice is calm and piercing. "We've both seen beneath the surface."

Drifter drops the pack in his hand and picks a jade coin off his workbench.

"Asher is entrenched in his thinking," she says and gently places a palm down on the workbench beside them. "Ikora… she tries. She hears, but she doesn't understand. No one is listening."

Drifter pockets the coin and turns to face her. He stares deep. "Experience. Hell of a thing." He looks down the gangway of the Derelict and through the gate that would take him to his Haul. "Favors ain't free. I do this, you owe me."

Eris nods. Drifter swipes the workbench clean and pulls out a retractable seat for himself.

The two sit. They speak. They listen. Linkages forged in Light and Dark of traded secrets as the Derelict hangs in orbit around the Earth. Pacts are made. Soon, there is only the silence of knowing left between them.

"Next time you fly over the Moon, dust your boots. Tracking that crap all over my floors."

Eris shakes her head and moves toward the airlock.

Drifter yells after her, "AND CALL NEXT TIME! I could've blown those fancy eyes straight out of your face."

"I'll try to be more mindful of your many eccentricities in the future."