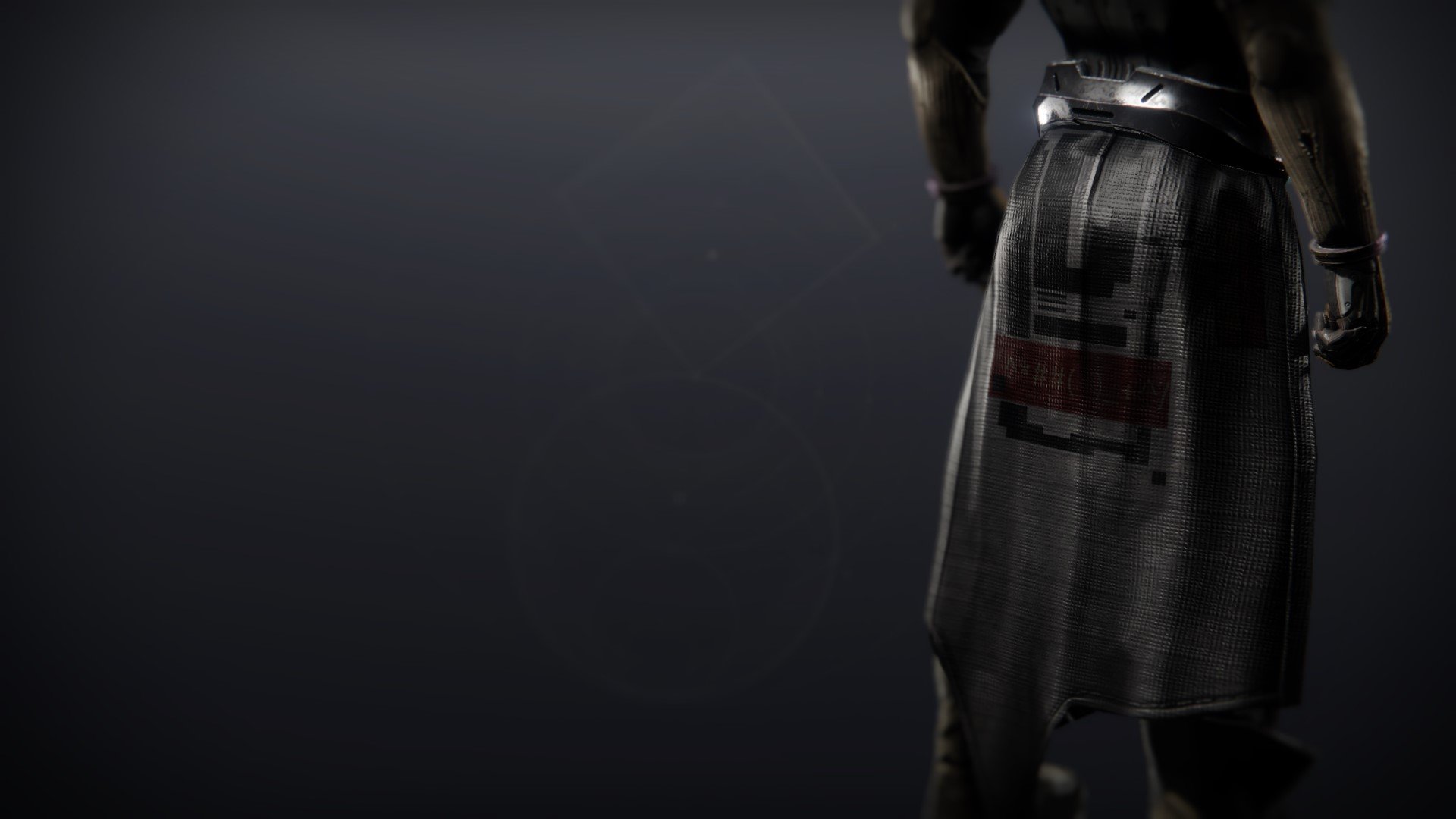 "I know who I am. I am a Titan. So long as I am able, I stand between the Last City and those who would tear it down." —Saint-14

Saint-14, like most Exos, dreamt of the Deep Stone Crypt often. The golden field. The looming black tower. The battle below, surging with faces that were eerily familiar. He was used to these dreams, like many of his mechanical kin, and resolutely uncurious about any deeper meaning. It couldn't be anything good, he reasoned long ago. Besides, his waking life kept him more than occupied.

However, since his return from the kaleidoscope depths of the Infinite Forest, the dreams had increased in frequency and in eeriness.

For the first few weeks, instead of battle, he faced single opponents in duels: Osiris, Marin, Zavala, Ana—even the Guardian who rescued him from the Vex. No matter whom he fought, he would use all his energy and Light in the fight and lose every time. Flat on his back, he would look up at the tower and know that someone was watching from within.

The night before Rasputin alerted everyone of Pyramid ships entering the system, winter fell on his dreamscape, forcing him to charge through pillowy snow drifts at a massive winged Vex, unlike any he'd seen. He lost that night as he would for many more nights, watching as an iridescent liquid—almost like Vex milk, but different, contaminated—flowed from his every joint, sizzling in the snow.

During the waking day, he maintained his usual exuberance, taking great satisfaction in helping Guardians hone their craft in the Trials of Osiris. After all, the fights happening in reality were the ones to focus on. Why worry about what he can't control inside his head?

But then, the night before a new vacuum of grief was opened in the system, a woman appeared at the threshold of the tower. Her clothes were black; her hair prematurely gray. She watched, arms crossed, as Saint hurled grenade after flaming grenade at the Vex with little effect.

"You'll blind yourself with all that bright fire," she tutted. "Maybe then you'll finally learn to look instead of see."

In one mighty swipe, the Vex cut the Exo down. The woman sighed as Saint crumpled to the ground.

Silence fell, followed by the crunching of footsteps in the snow. "Just like your father," she said, kneeling by his head. "All of you."

She laid a hand on the fore of his helm, as if feeling for a fever. "In your next life, you should take more after me."

With that, her hand slid down to his eyes and, for the brief moment before he woke up, all was dark.

Line in the Sand

Just Another Day at the Tower