Featured
— An enhanced Exo created by Clovis Bray I to extend his life, now Gunsmith to the Guardians.

Banshee-44 is an Exo and Gunsmith, outfitting Guardians with weapons and armour in his corner of the Tower.1

Banshee was known by a different name upon his creation: Clovis-1. Clovis Bray I created an Exo body to house his own consciousness after his death, prolonging his life and conserving his legacy. However, when Clovis-1 was brought online, he did not have time to complete his Exo initiation protocols due to the ongoing Vex incursion taking place around the Bray Exoscience facility. Clovis-1’s first impressions of Clovis Bray I, who by that time was operating through his site-wide AI, led him to completely reject the AI. Clovis-1 immediately distanced himself from the Clovis AI, and therefore never assumed the identity of Clovis Bray I, developing his own personality.2

Upon his awakening and witnessing the tension between the Clovis AI and Elsie Bray, Clovis-1 decided to help Elsie and the Exo crew to push back the Vex that were invading.3 Clovis Bray I had built Clovis-1’s Exo body to be the best, with enhanced physical and psychological abilities. This allowed Clovis-1 to run through the Exo Training Protocols with ease. With his training complete, he wielded The Lament sword,4 and with the help of Elsie and the Exo crew, successfully shut down the portal to 2082 Volantis, closing the Vex out and saving the lives left on Europa. Clovis-1 died many times fighting through waves upon waves of Vex and was reset many times throughout this process. In total, Clovis was reset 43 times.5

After their battle against the Vex, Clovis-43 and Elsie returned to the Exoscience facility, where they decided to shut down the Clovis AI for good. It was at this time where Elsie and Clovis parted ways. As a final favor, Clovis-43 asked Elsie to reset him one last time and to attach a new name. With this final reset, Clovis-43 became Banshee-44.6

The name ‘Banshee’ was given to Clovis-1 as a nickname by the other Exos during their fight against the Vex, referencing his prowess in battle.5

After leaving Europa, Banshee became the Gunsmith to the Guardians of the Last City.

Banshee’s memory has been severely affected by his many resets. He often forgets how many times he’s been reset,7 as well as major events that have taken place, including the death of his friend Cayde-6.8

While uncovering the secrets of Europa, the Guardian rebuilt Banshee’s old sword, the Lament. Throughout the process of reforging the weapon, Banshee recalled his time on the icy moon and his struggle against the Vex.9 It is during this time that the Guardian discovered and reactivated the Clovis AI. After the blade’s reconstruction, Banshee remembered that he and the Clovis AI are one and the same.10 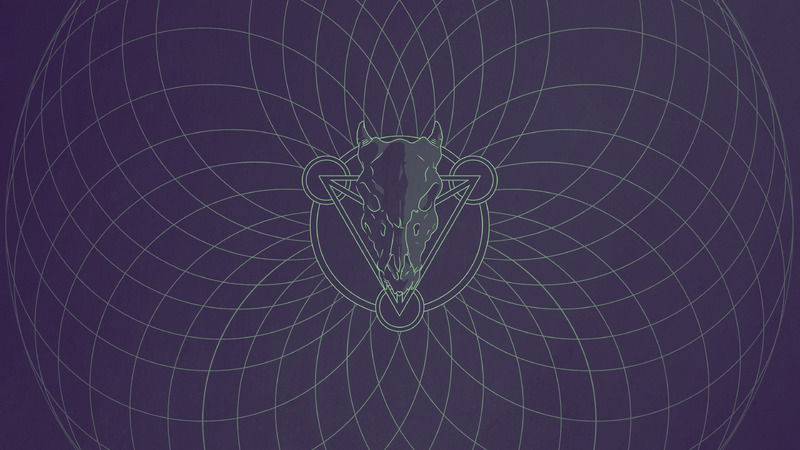 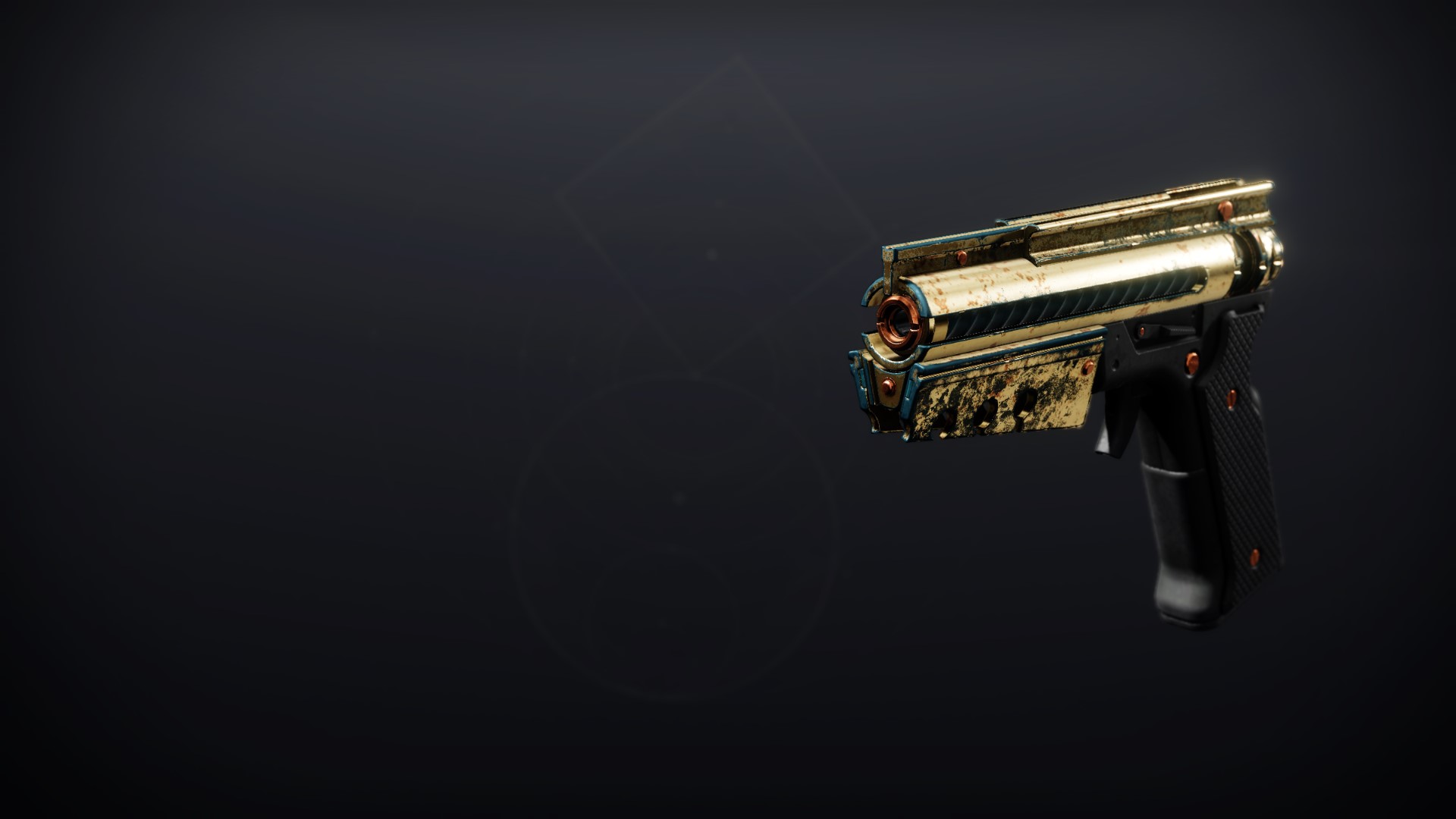 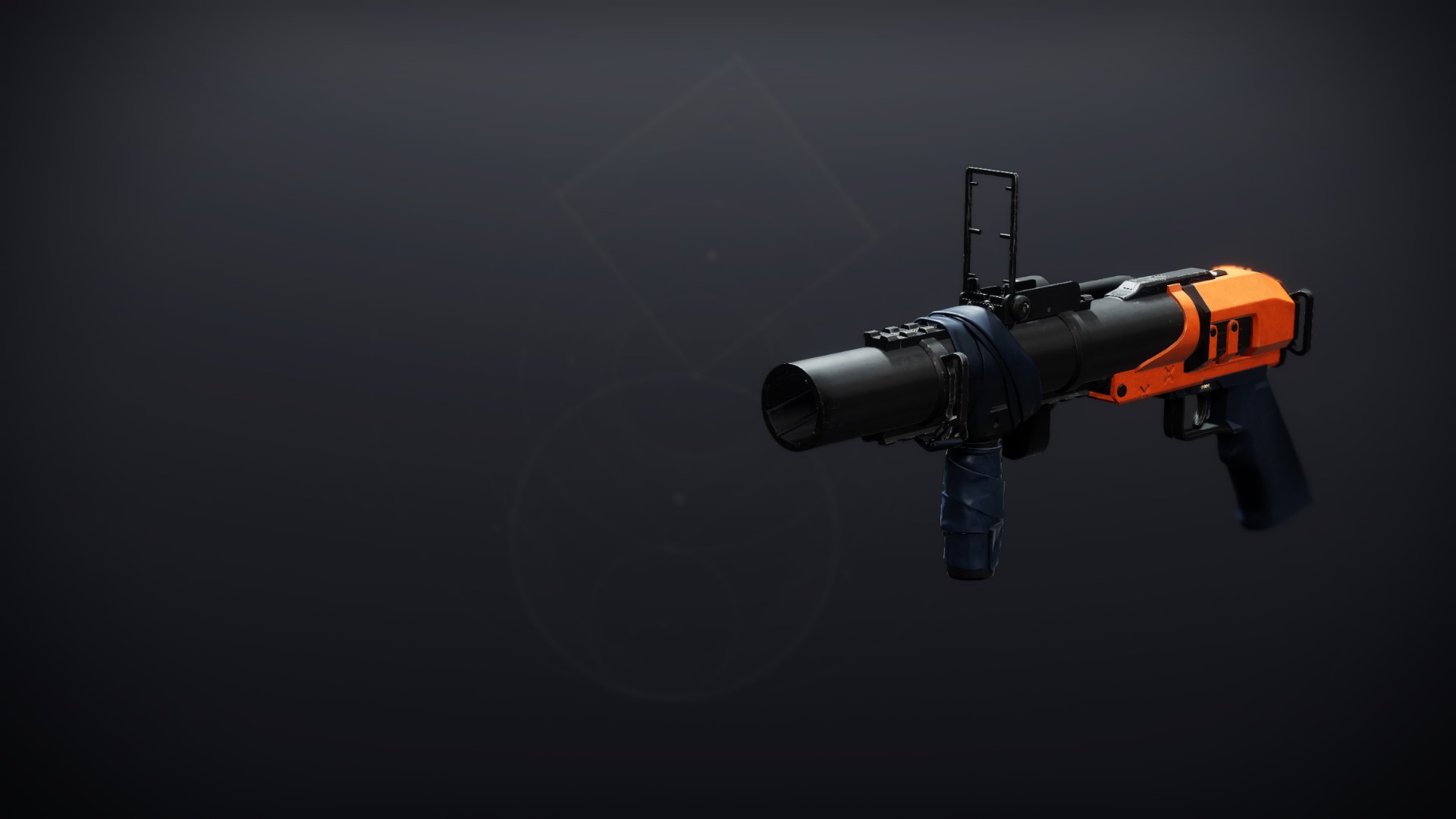 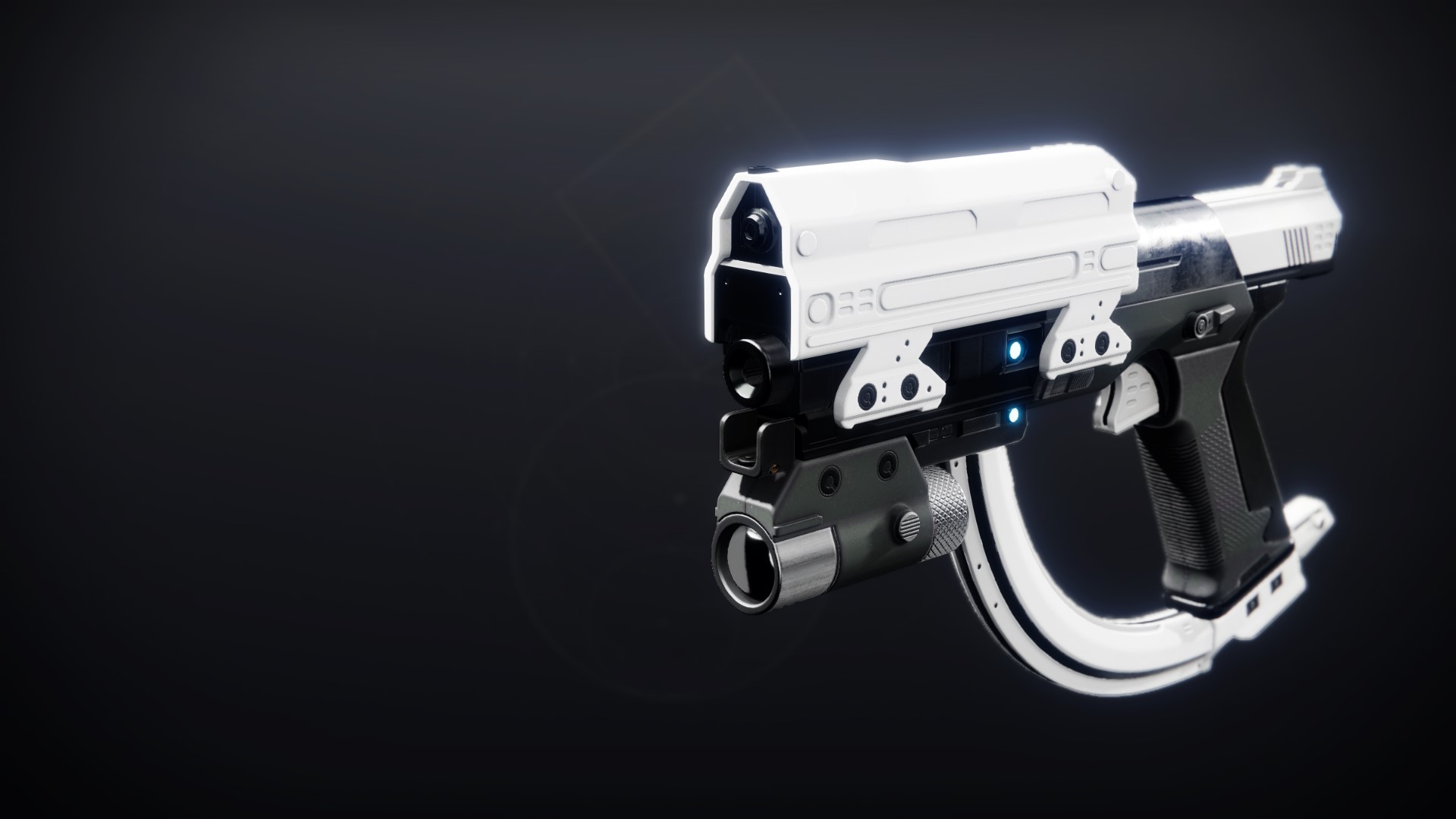 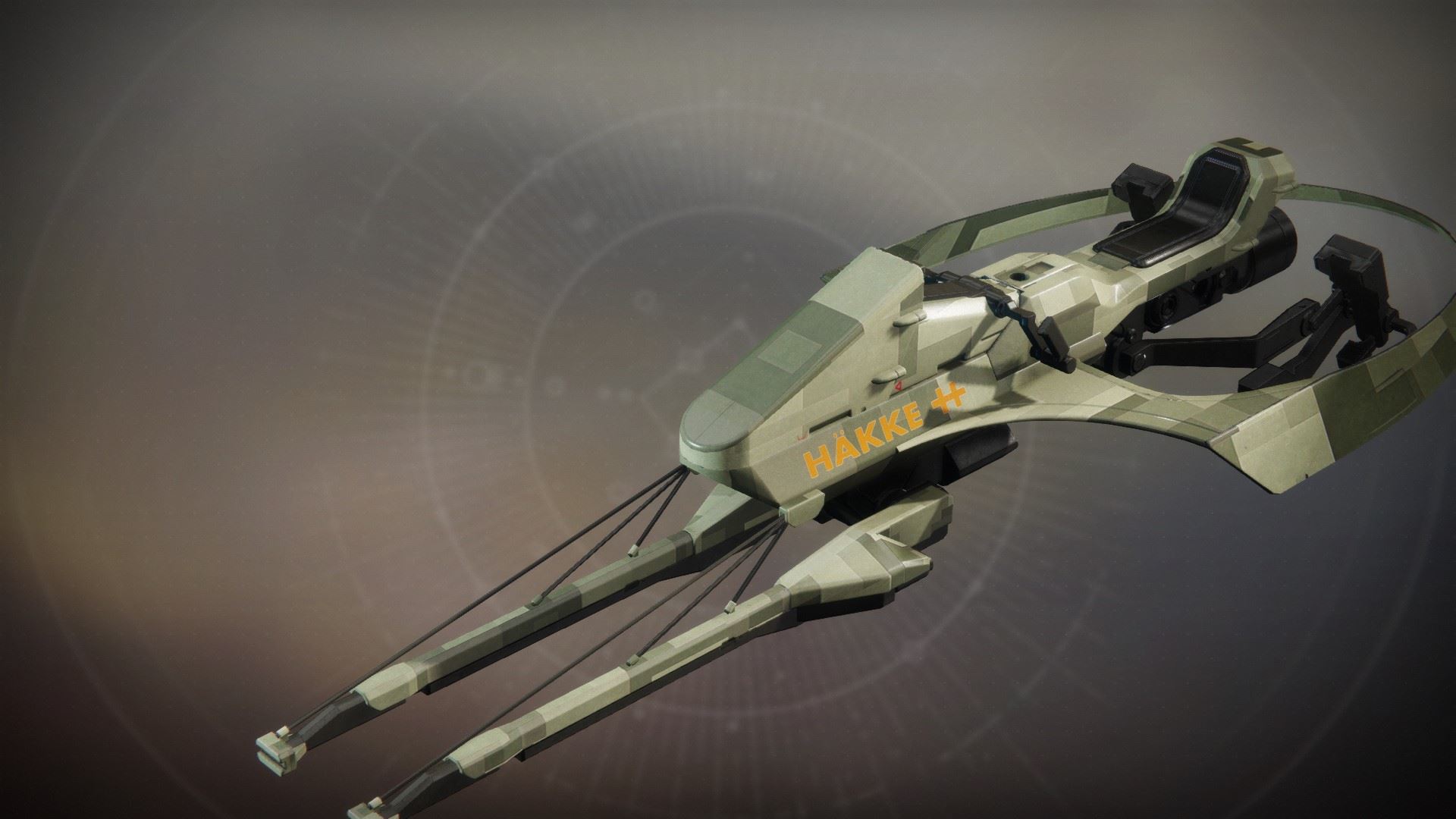 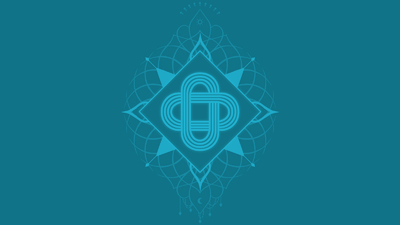 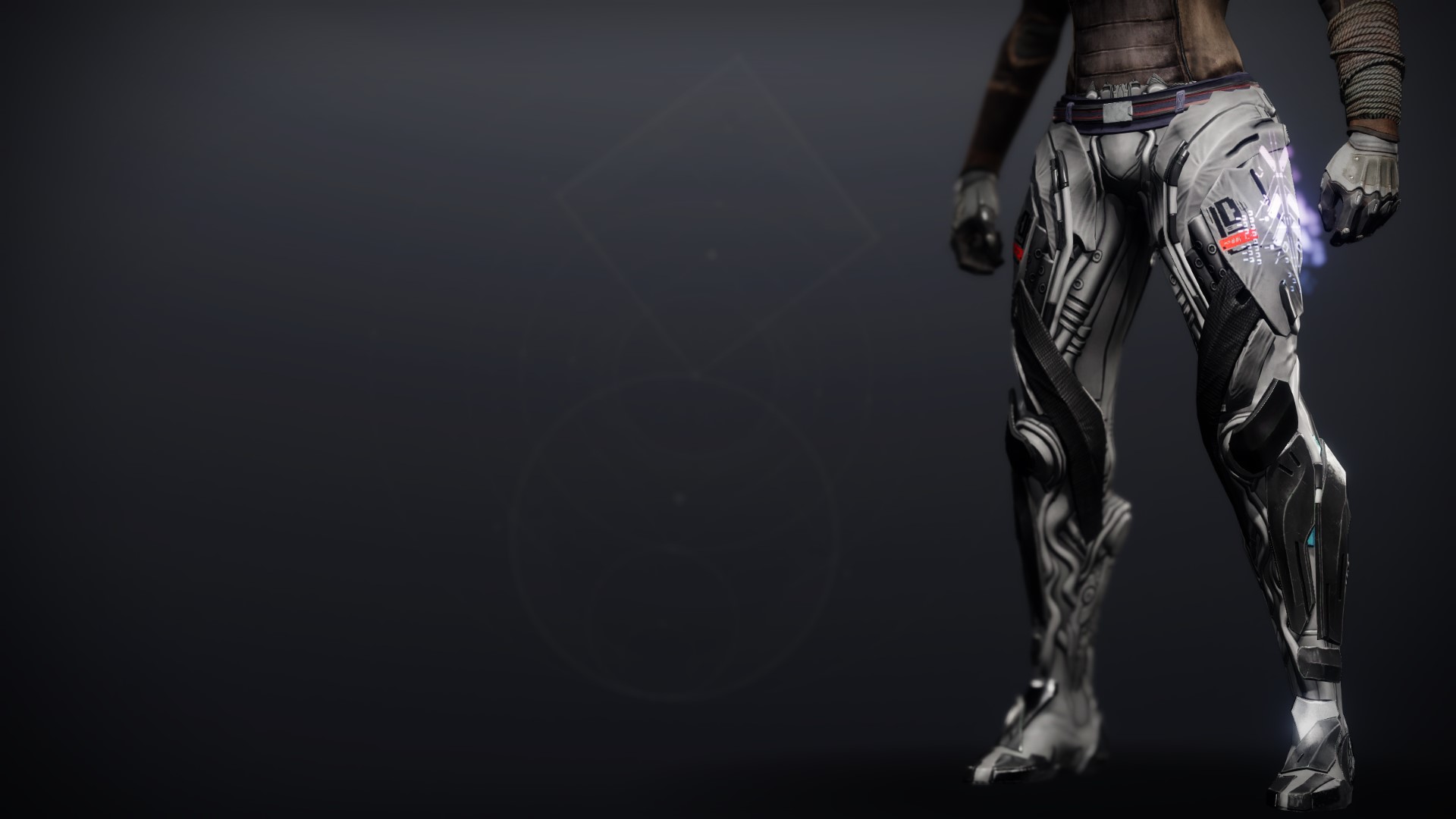 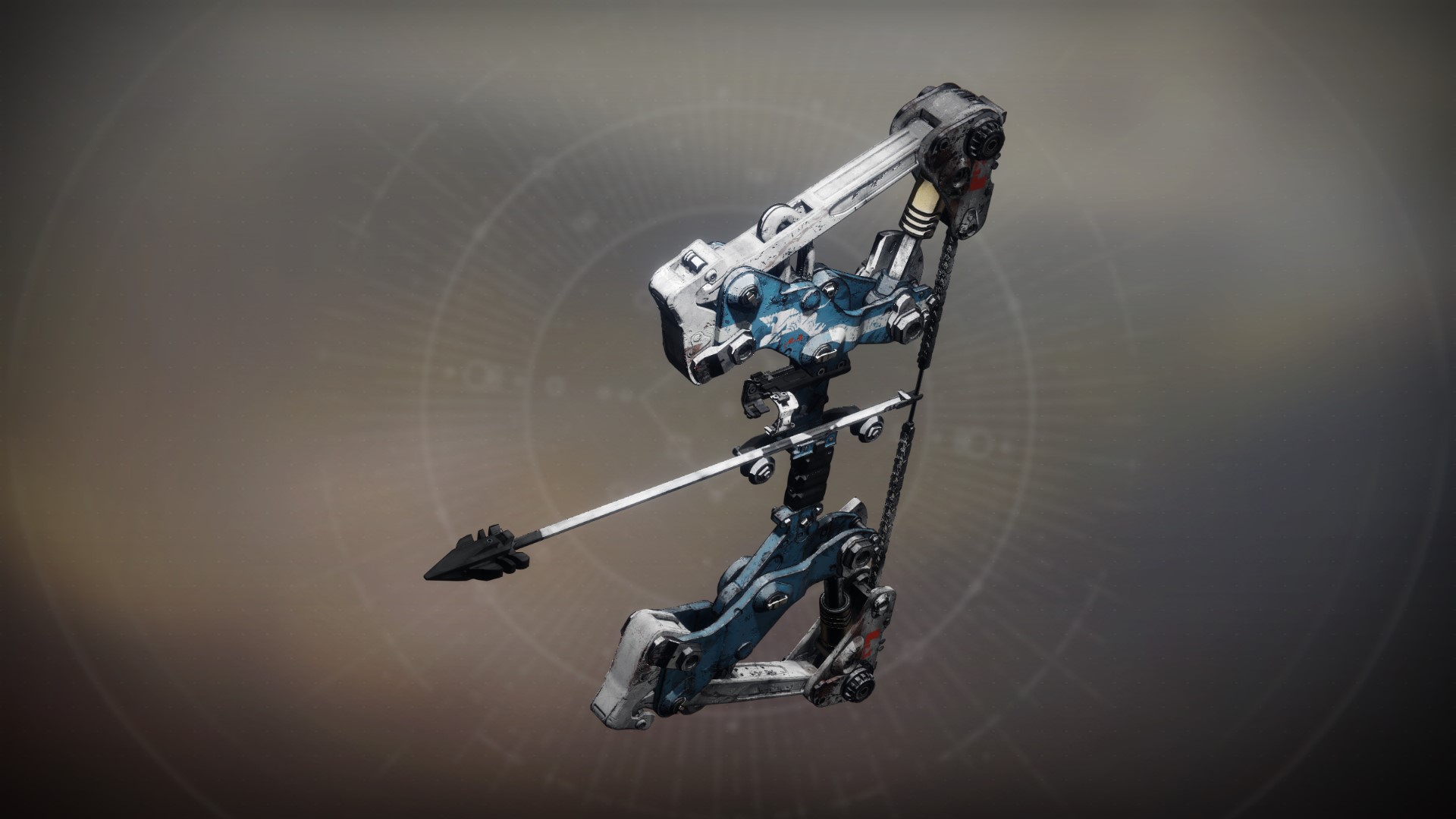 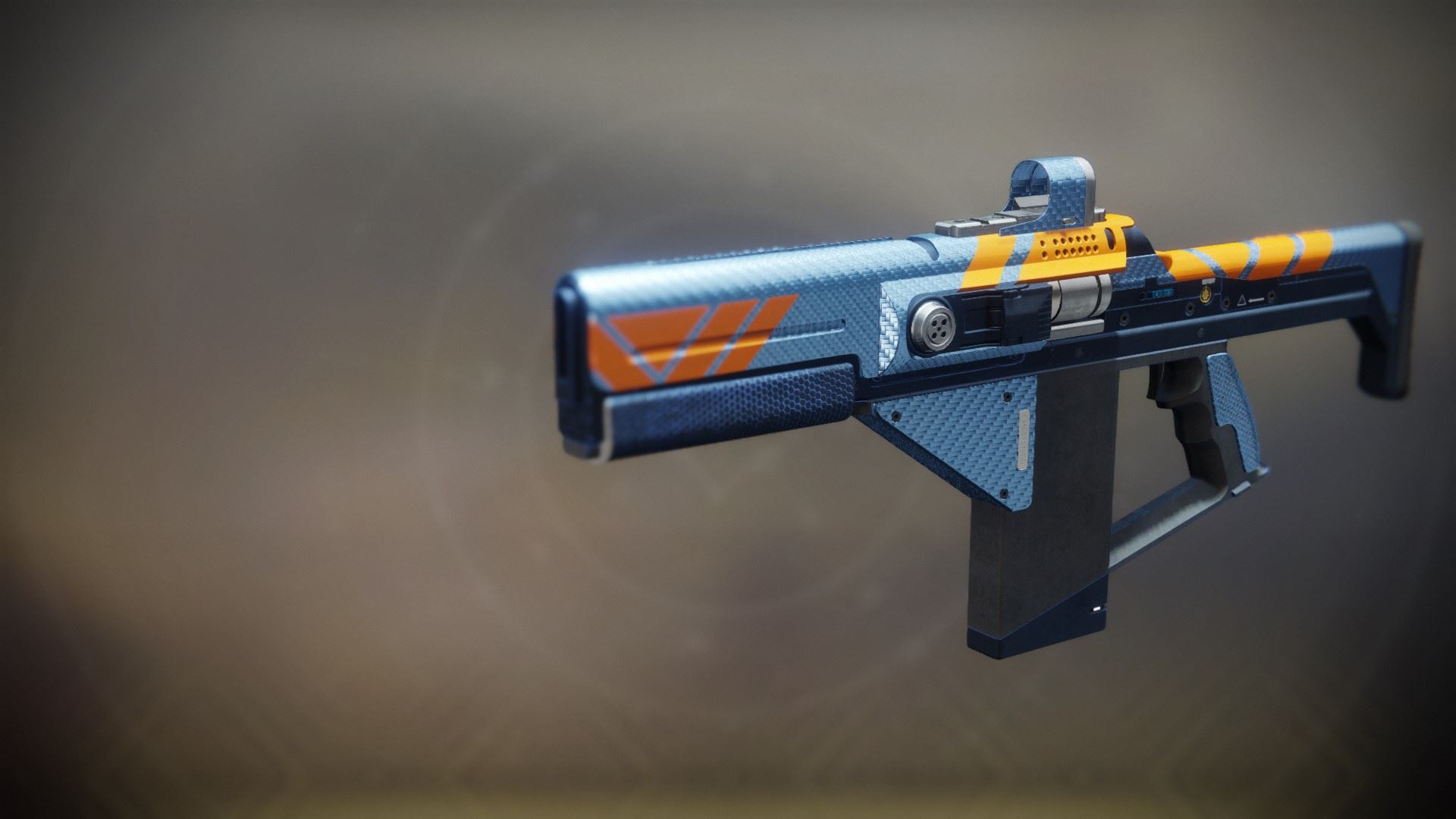 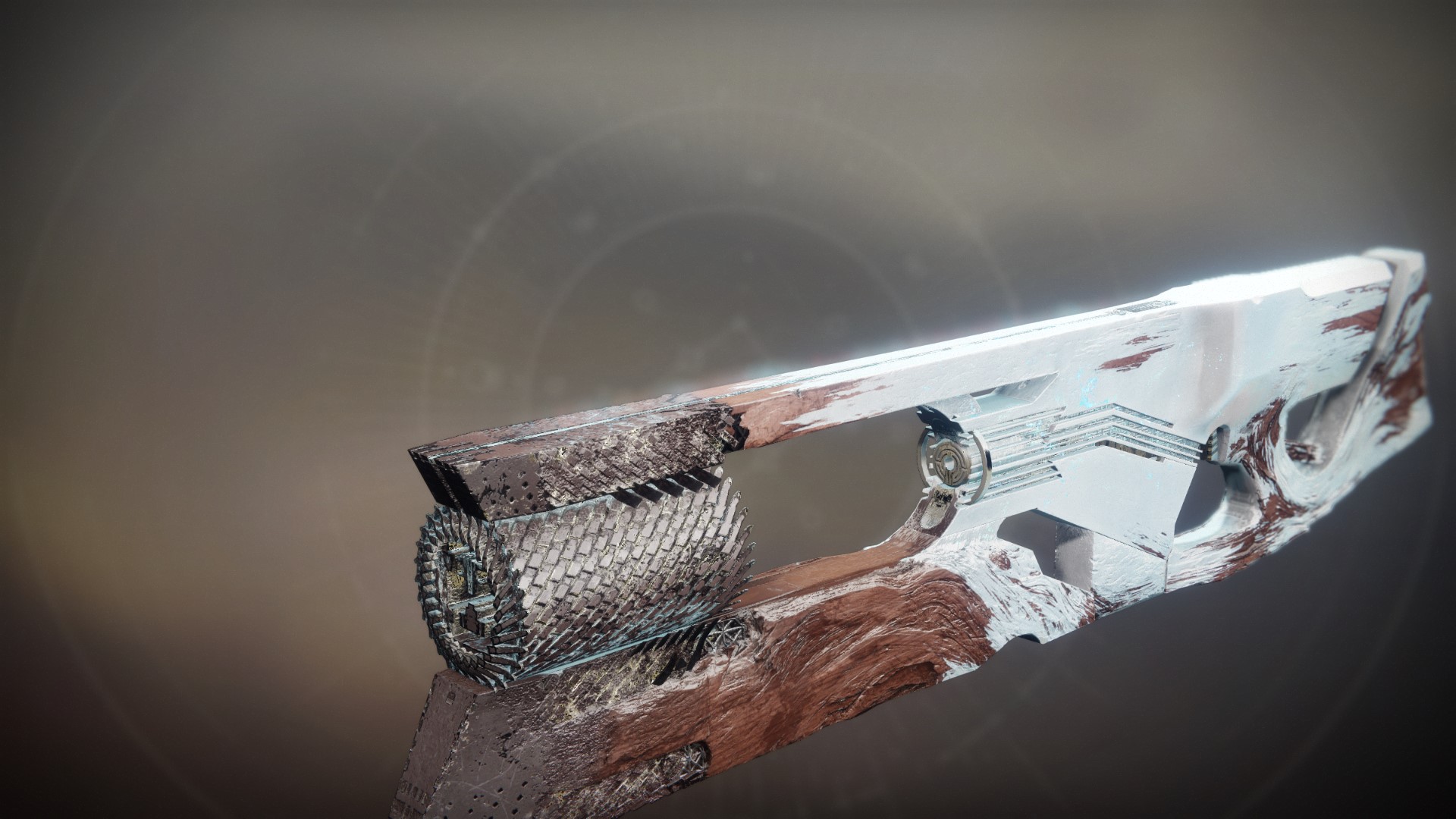 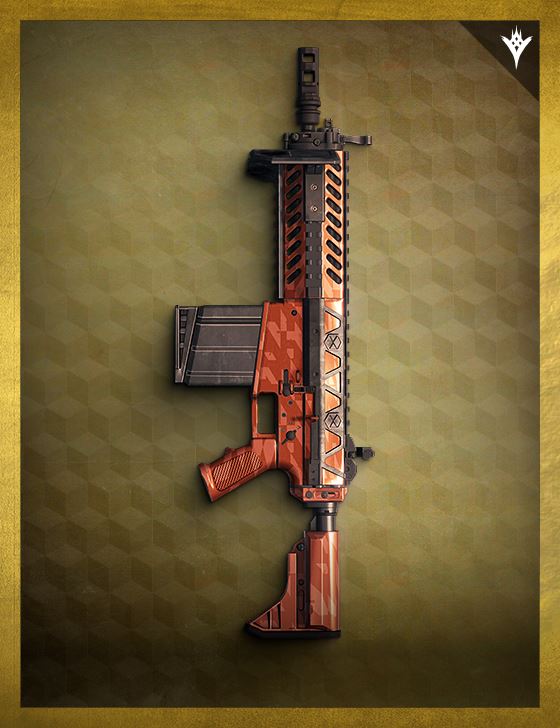 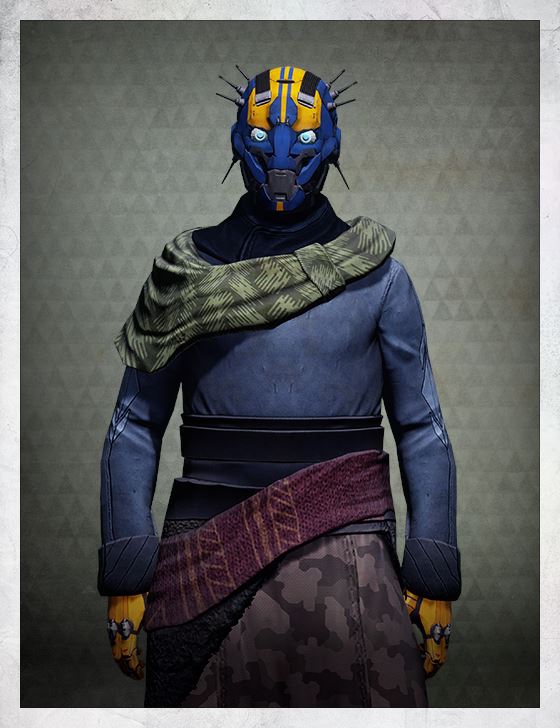 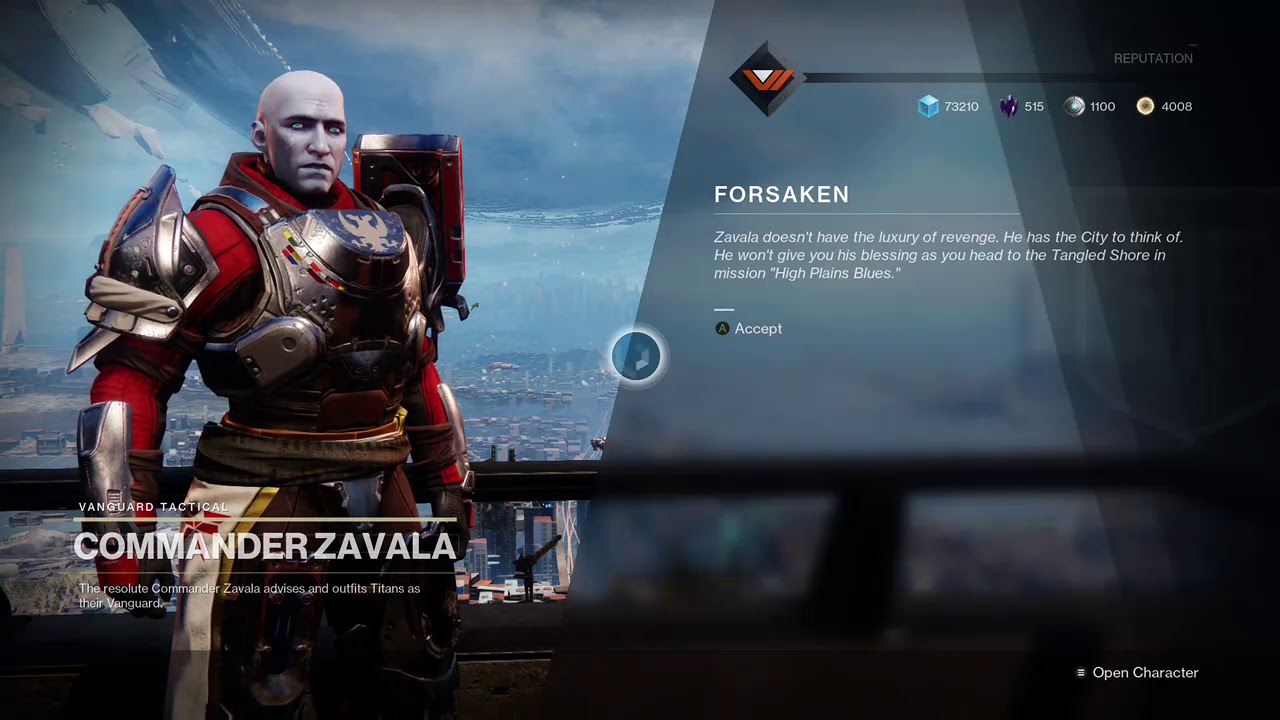 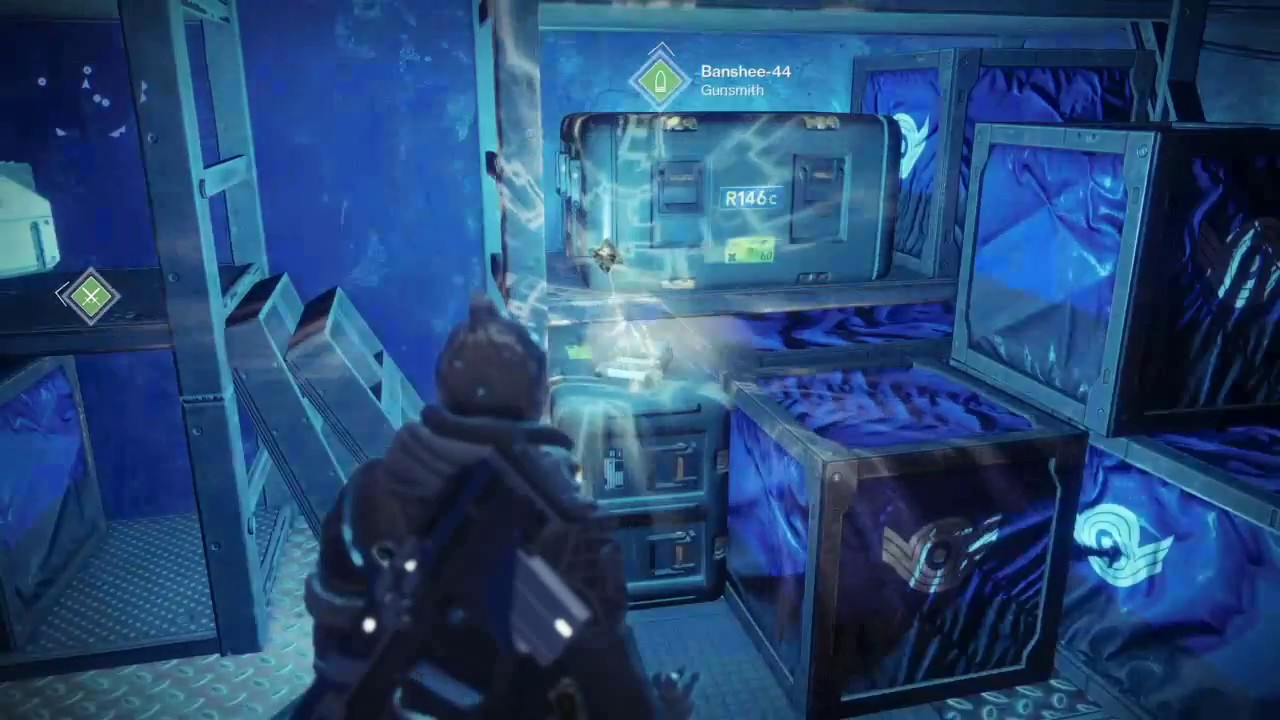 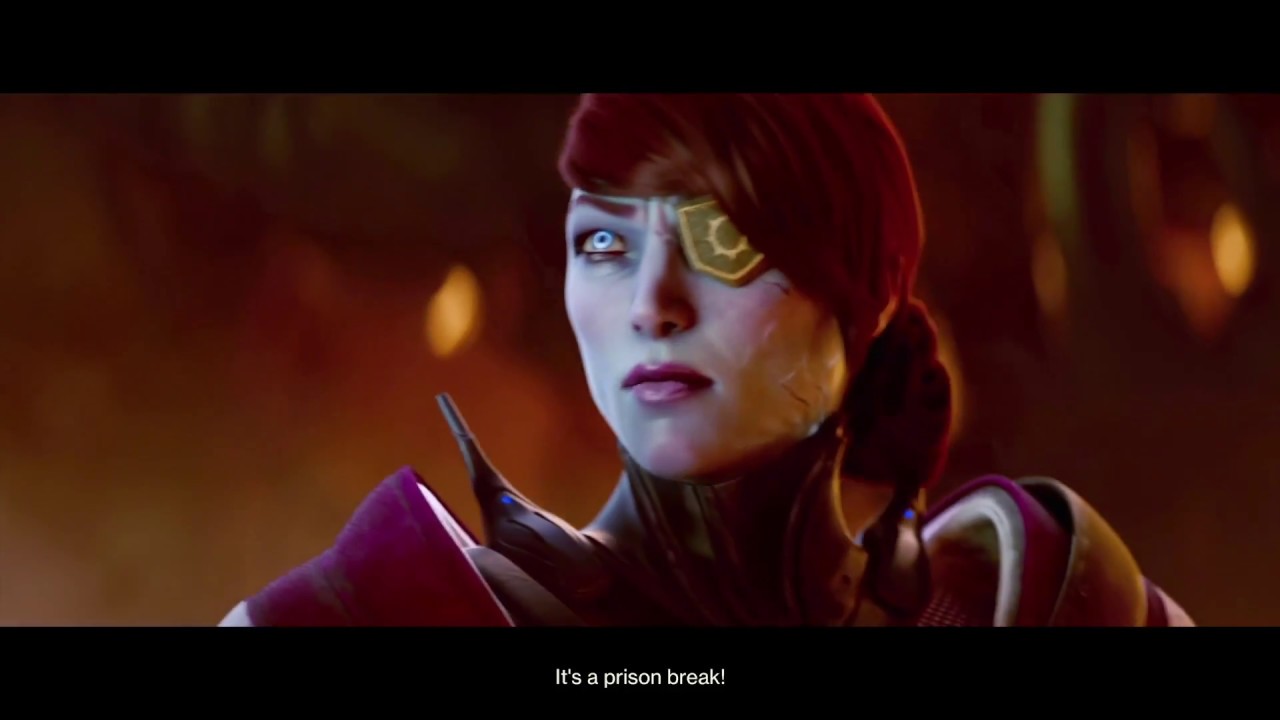 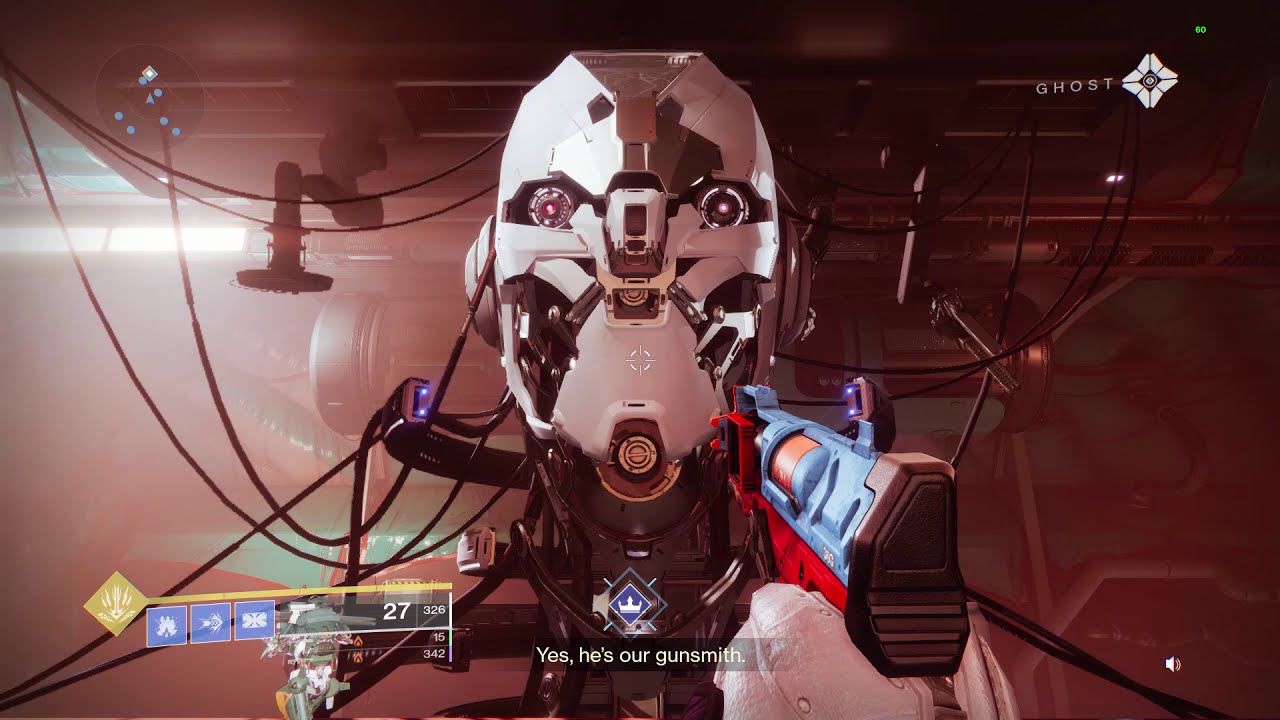 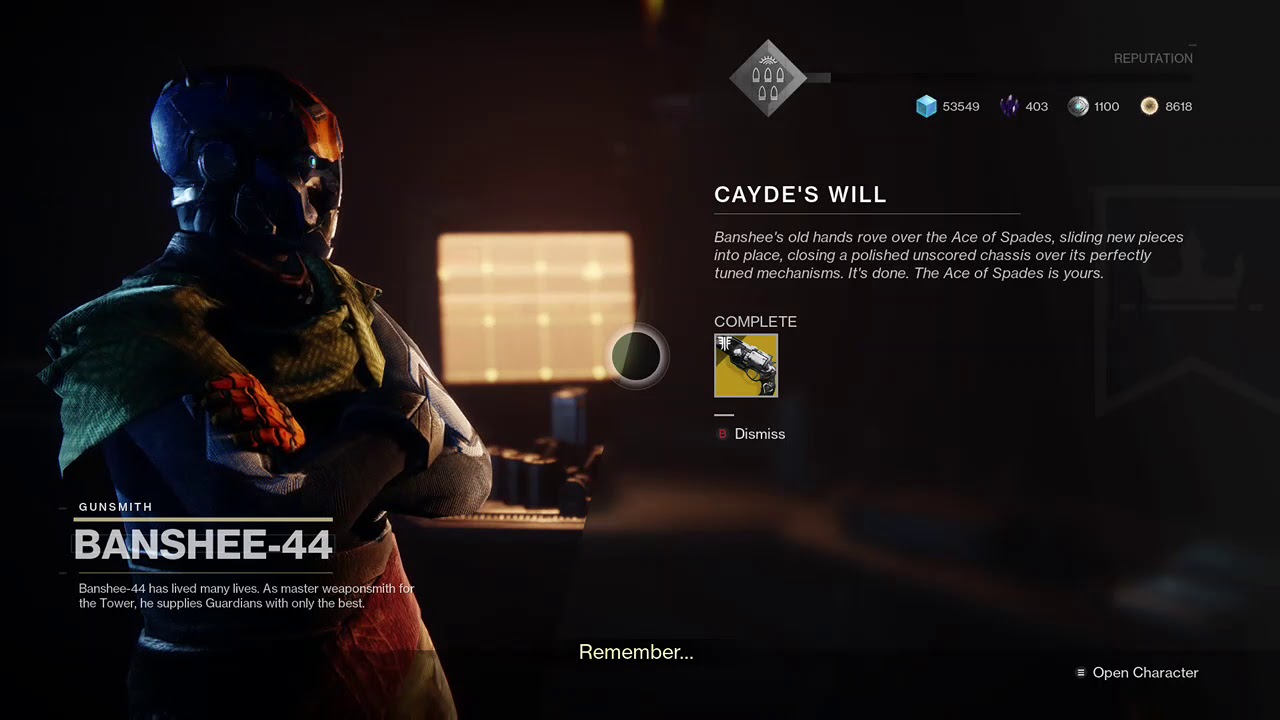 Quest: Return to Banshee-44, Cayde’s Will 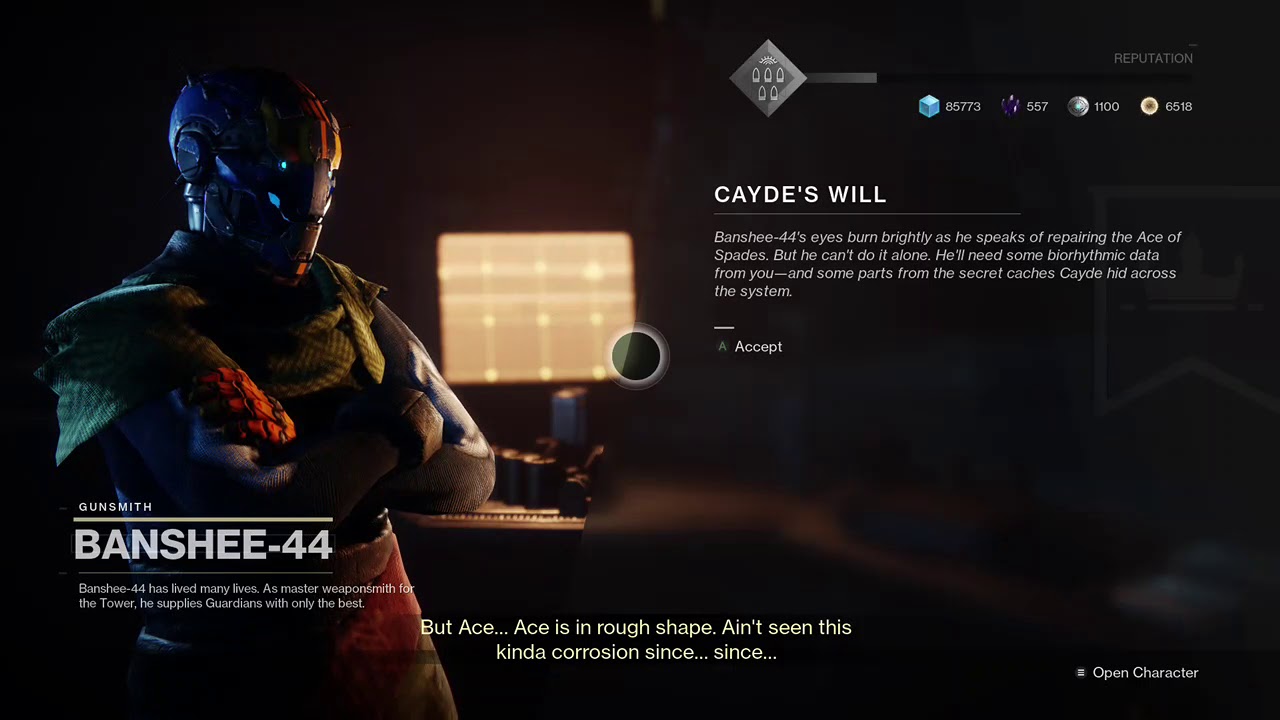 Quest: Talk to Banshee-44, Cayde’s Will

A Melted Hunk of Metal

And Out Fly the Wolves

For the Public Good

Slowly into the Void

The Fall Will Kill You

The Power of a Star

Banshee-44 — And Out Fly the Wolves

Banshee-44 — Forging Your Own Path

Banshee-44 — Under the Hood